A Night of Secondhand Embarrassment & Why Voting is more Important than Ever. 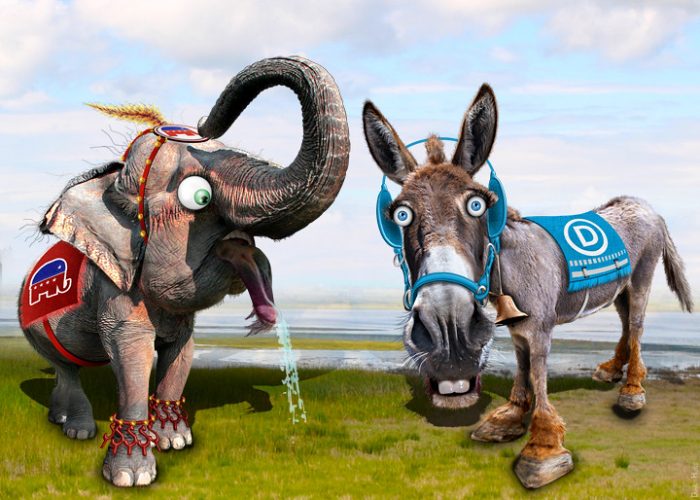 Read Waylon’s take on the debate: Key Takeaways from the most Un-Presidential Debate in U.S. History.

I was worried about falling asleep during the debate as I was watching it at 3 a.m. local time.

Now, I am worried if I will be able to sleep at all.

Most people expected this debate to be a new low point and the evening did not disappoint on that count. Both candidates and moderator Chris Wallace had a terrible night in Cleveland.

Before the debate, Biden’s advisors were worried that Joe would lose his cool if Trump started to talk about his son, Hunter. The president’s campaign managers were worried about a lack of preparation by their candidate that could result in false claims and digressing rants. Media experts were worried about Wallace being able to handle the two candidates.

Basically, everything that could have gone wrong went wrong.

At the same time, we have to acknowledge that at this point two different realities exist in the United States. On one side, there is the reality of Hannity and Carlson while the other side believes the narrative of Cuomo and Lemon.

Both candidates tried to deliver to their audience.

Nobody will change their mind after this evening of two old men interrupting each other.

There is one main difference between the two sides: one feels as if their candidate is nailing it, while the other would love to help out in making the case. You know who is who. Trump is smarter than his average supporters, I am not sure if I would say the same thing about Biden.

We saw the president putting the Fox News talking points into rants that most likely pleased his supporters. At the same time, most liberals were probably wondering if picking Joe Biden was the best choice of all times.

I remember the good old times in 2008 when a voter tried to discredit Barack Obama in a racist way at a Republican town hall meeting and John McCain took the microphone out of her hands. He assured all viewers that his political opponent was a decent man who he disagrees with on political matters.

That is the kind of decency we are missing these days but it’s too late to cry about that.

We have two candidates portraying the supporters of the other side as terrible monsters who want to destroy America. If Biden was the puppet of a riot-supporting socialist movement and Trump was leading an alliance of right-wing militias that would make the United States look really bad.

I know Americans can do much better than this. While traveling the world, I met outstanding human beings from the U.S., including the love of my life. How did these two old men end up representing your country?

One is like the rich American tourist everyone is annoyed with at hotels around the world and the other is the old dude who bores you with stories that have no beginning or end and starts every rant with the same words.

By the way—here’s the deal.

There will be another debate between the two, and I would suggest Biden take off his gloves and play along.

Biden does not need to hold back. His supporters are angry too. No need to go easy on a man who mismanaged a pandemic and lied to the public.

If Trump accuses Hunter of doing something wrong, then why not talk about Ivanka Trump profiting from her dad’s presidency? When Trump brings up past cocaine problems of Biden’s son, why not talk about Donald Trump Jr. and his girlfriend looking high as f*ck at the Republican National Convention?

The main problem is that Trump is better at making his case with his supporters while liberals are jumping up and down in front of their T.V.

Let’s be honest, Trump is better at interrupting, insulting, and inventing lies that trigger certain emotions among viewers. Biden tried to look like the more decent man on stage but still called Trump a clown. Both candidates did not look good tonight.

They are both not what America deserves. It’s a hiccup of history.

These are two old men not capable of respectfully debating each other. Two individuals not too far away from mental and physical decline. Dementia is just around the corner for both of them.

Only that one of these two men still thinks he is the most stable genius of all times while the other sees himself as a transitional president.

There are two types of old people. One of them gets grumpy and self-centered and the other is looking awkward trying to connect with younger people.

I don’t blame you for not being enthusiastic about Joe Biden, but he is less of a disaster than Trump. Maybe we should see the 2020 elections and its candidates as a wake-up call.

It is a brutal reminder that we need to be more engaged with politics. There are so many brilliant human beings in the U.S.—why wasn’t any of them on the stage tonight?

One day, we will hopefully look back at this episode of history and be smarter than we are right now. Hopefully, we will have better candidates and prevent embarrassments like tonight’s debate.

There are decent Republicans and there are upright Democrats. Biden and Trump are leading the two parties but they are both not even close to representing the true potential of both sides.

I miss the decency of John McCain, the rhetorical skills of Obama, and the ability to let the other person finish their statement without interrupting them.

I understand if this evening did not make anyone feel better about Biden’s mental fitness and I am aware that Trump will declare himself as the winner of this debate. Some of you might have read my article earlier this year stating that Trump would rather run against Biden than against Sanders.

Over the last weeks, I had been asking myself: What would have happened if Bernie was the candidate? Well, it’s too late for that, but it still hurts.

There will be a lot of fighting on social media after this debate, but as I said before, all of this does not matter anymore.

Everything has been said. We know who we are dealing with. It’s time to vote.

Register. Go vote. And most importantly, tell all your friends to do the same.

“The Handmaid’s Tale” 2020: Amy Barrett, Candace Owens & Kayleigh McEnany—The Women behind Trump. “The Social Dilemma” & Foreign Interference: How to Not get Manipulated. Key Takeaways from the most Un-Presidential Debate in U.S. History.
See relevant Elephant Video