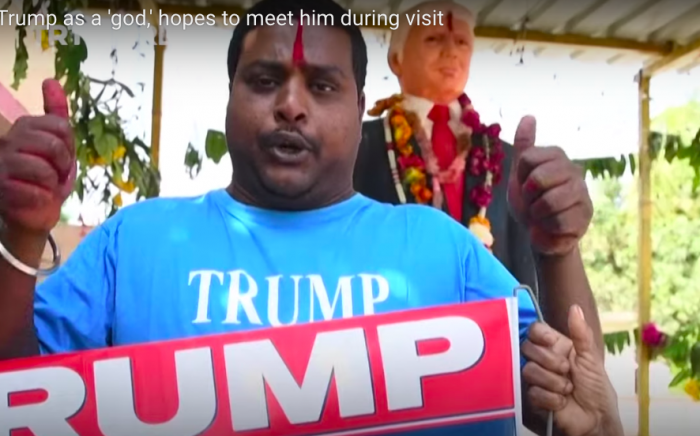 And it only gets more dangerous as the devotion deepens and the commitments grow stronger.

*This article is a revised excerpt from The Fascism This Time; and the Global Future of Democracy.

Perhaps the most perplexing element of Trump’s presidency has been the cultish devotion with which it has been greeted by his most ardent supporters. The cultishness shows up in their devotion and unthinking obedience, their punishment of nonconformist, and mistrust of outsiders. And it reveals itself in their dominance hierarchies and antirationalism.

Fascist movements structure themselves around the same sorts of pathological leaders as do cults, and they create the same alternative systems of valuation, which differ markedly from more widely shared norms.

Fascist movements and cults share the same tendency to sanctify insanity. The mental instability of leaders that is readily apparent to outsiders looks to insiders like marks of greatness; the pathologies that so trouble outsiders look to insiders like signs of salvation. Irrationality is reinterpreted as inscrutability, social transgression as transcendent wisdom, and the crudest moral regressions look to followers like honesty born of integrity. Almost nothing the leader says or does can shake their faith, because his pathologies are reinterpreted as signs of greatness. Followers may know his bizarre lies and half-literate ejaculations are pure lunacy, but they play along because it excuses their inadequacies. For what they were seeking was never the great man they claim to emulate but rather the same adolescent imp who had been shocking the rest of us all along.

The fascism this time has commonly been labelled populist, but whereas populists challenge the authority of elites, fascists unite with them to bolster their own power. Populists are egalitarian; fascists are hierarchical. Populists seek to spread the wealth, fascists to concentrate it in their own hands. Populists may be misguided, but they seek to make things better; fascists want nothing more than to tear it all down and to revel in its destruction. Yet, the biggest difference may lie in what Erich Fromm identified as the escape from freedom. Fascists attack the norms and institutions that make them free, and in their place attempt to implement an inverted moral order.

Fascist followers cannot make sense of a complex and globalized world. Lacking the social skills to cope with multiculturalism, and the self-control needed to check their prejudices, they stew in resentment, and long to protect their privilege. It is in this way that they arrive at their bizarre salvation. By exalting the least virtuous man among themselves, they excuse the least virtuous impulses inside themselves, normalizing their social incontinence, and transmuting it into strength. The sleight of hand is accomplished by changing norms from the top down. If the leader expresses their prejudices and displays their inadequacies without apology, it normalizes behaviors they cannot help but act out. If they praise him for doing so, they instantly transmute their vices into virtues, while normalizing their inadequacies.

Yet, the sleight of hand only works when the narcissism is complete. What Donald Trump, Jair Bolsonaro, Rodrigo Duterte, and Adolph Hitler all share in common is their immunity to censure,  and it is precisely the nonchalance with which they have greeted criticism that has shored up their insecure followers. When Bolsonaro tells a leader of the opposition on national television that she is too ugly to rape, the sheer pathology of it is so difficult to absorb that followers must reinterpret it. When Duterte compares himself to Hitler, threatening to kill the same number of drug users as he did Jews, the surreality of the suggestion demands interpretation.

But the process of indoctrination into a cult takes time, and the practices that seem most shocking in the early days are soon assimilated into a new normal.

Of course, there are differences between fascist movements and cults. Cults tend to be smaller and more encompassing. They regulate every aspect of their members’ lives and entrain their activities to those of the group. The members of cults tend to share in work and meals, sleep, and worship. Cults seek to obliterate the personal preferences of their members, and they tend to be more religious. Instead of attacking ethical norms, they foster new, more expansive moral codes. Instead of encouraging moral regression, they try to engineer moral development through strict conformity to moral innovations. While fascist movements tend to indulge the moral weaknesses of their members, excusing violence and encouraging cruelty, cults tend to press individuals to be better in extreme and perverse ways that lead to abuses.

For as Pankaj Mishra suggests in his contemporary classic The Age of Anger, fascism is not really about politics. Rather, it is about shoring up the weak identities of its adherents by creating an alternative system of values that might finally give them a place at the top. If Trump can do no wrong in their eyes, it is because by making the least virtuous man in the world its most powerful, they have overturned the moral order. And like some giant uprooted tree, all the dirt and filth that was studiously kept hidden from view has now found itself uplifted.

Fascism cannot worm its way into the imagination until it has turned everything on its head, for it only makes sense when everything is looked at upside down. Truth is a lie, facts are fiction, science is magic, rudeness is grace, confusion is clarity, ugliness beauty, impulse discipline, shallowness profundity. And so when the fascist smashes the organs of state, he is seen as a great builder; when he places the people at risk, he is seen as their protector. The most virtuous is transformed into a pariah; the least virtuous granted the seat of honor.

And as the moral order is inverted, and the pent-up energy of the domino chain knocks down everything in its path, the fascist leader suddenly reveals himself to be the chosen one.

Meanwhile, as the sky thunders down to earth, reason is left boxing in the shadows. Its proclamations are rendered senseless when everything has been turned on its head, for when the premises are scrambled, the logical foundation is shattered. And it is just this primitive magic, where everything is turned inside out, and we are forced to walk on our hands, that reason comes to appear insanity. And as it goes about trying to set things upright—analyzing data, collecting facts, and making arguments—it is taken as the destroyer. For to see things clearly, where others look through funhouse mirrors, and to speak correctly, when everyone else is living a lie, is to overturn the furniture where the fascist wanted nothing more than to finally find a home, after years spent drifting unmoored.

Fascism has always been an occasion for nihilism, and it always ends in destruction. All too often, the destruction appears in the mutual devastation of victims and perpetrators alike of genocide. But since fascism is premised on an escape from reality, and an assault on social norms and institutions, the destruction can assume an array of forms. Trump may not have been responsible for the outbreak of the Coronavirus, but his assault on truth and the scientific institutions seeking to study it, helped spread it further and faster. Meanwhile, the assault on global institutions, sustained by right-wing nationalists and fascists the world over, made coordinating a serious global response next to impossible. A similar story might be told of the economic destruction and social upheaval that has torn the country apart.

It is only in its ashes that fascism finds its fulfillment. And if left to its own, it will only burn itself out when the last tree is set aflame for the pleasure of the last man, who blames his woes on the virtuous whom he had long ago devoured.

And if fascism has turned the tree of life on its head, and left its followers clinging for their lives, no amount of coaxing and cajoling will get them to come down, because they are precisely where they want to be, and staying there depends on their loyalty. While the urge to overturn the moral order may be cultish, and the desire to reshape one’s fate through the crafting of another may be familiar, it is all more tongue in cheek this time around.

But the fascists this time are now more exposed than ever, and these heady heights make it hard to hold on.

Theo Horesh, author of The Fascism This Time

This is how Fascism Comes to America. Why the Fascism This Time Will Fail. Why Genocide is Exploding in the Age of Trump.
See relevant Elephant Video