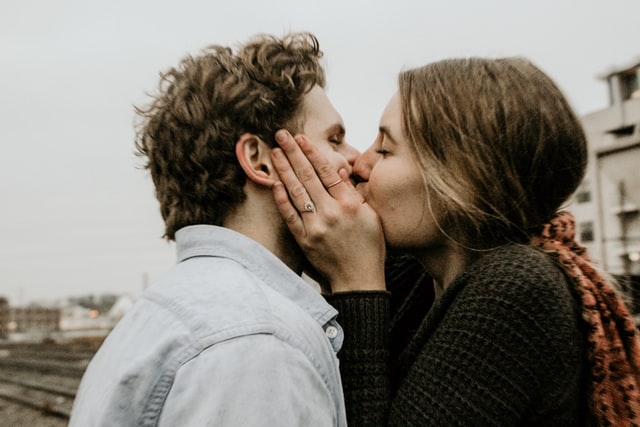 These words tell two different stories that no one knows.

While I look over at my handsome husband singing these lyrics with me during a Hawaiian sunset, I can’t help but smile and sing along. But the dark side of this song is a piece of my colored past that I’ve kept to myself.

Me, myself: the one who has brought two meanings to life in this lyrical tale of love.

It was a snowy night when I pulled into the mountain town for the first time. I had never been and quickly knew I had discovered a hidden gem. I walked through the doors of an alpine lodge with thick beams and a warm fire crackling off to the side, and was greeted by a friendly smile. He had kind eyes and went out of his way to make sure I had what I needed for my first night in town.

The next morning, I was greeted by the same face but with a cup of coffee that ended up being the beginning of a huge mountain to climb. He was charming, well-liked, a local in a small ski town, and a great skier—it was an instant connection. Love and lust quickly followed. I leaned into him, as he was the only soul I knew in a new town.

The altitude made my high even higher. Or maybe it was the cocaine? Or the ecstasy? I remember a mix of both, with a side of skiing, and I was hooked.

I’d hear him singing while I was getting ready for work:

“Even though we ain’t got money
I’m so in love with you, honey
And everything will bring
A chain of love, oh, oh, yeah”

The crisp, dry snow falling on my numb face was exhilarating. I leaned in some more. Too much, too soon? Four weeks in, we drove the icy roads over the mountain passes to meet his parents and childhood friends. I was greeted with happy, welcoming smiles; I was comfortable and having fun.

We decided to party later than everyone else. It was around 2 a.m. when we peaked from the purple pill. He was warm and I was ready. His touch felt like a million silk sheets layered over me in his teenage bedroom. It did not matter to me.

In the last couple of weeks that we’d been sleeping together, we agreed we’d use protection and had been. I remember it all: his sweet breath over my naked body, making me shudder with excitement. I pulled him closer, our lips drew close, and then his would find another part of my body. I felt amazing, sexy, and willing. I trusted him to put the condom on like he said he would. Should I have given him a once-over to see if the latex was applied? Yes. But I was flying high and did not think twice. Soon, we melted back into the silk sheets at sunrise.

When we woke, I knew. I saw it on his face. That kind face turned into an ugly, deceptive stranger. He admitted to not using a condom and not pulling out. F*ck. Now what?

I had no backup plan and the Plan-B pill was not available then. I was angry at him, but more with myself for trusting someone so selfish. His response was to roll with it, to try and do this, to be together. Clearly, I had zero self-respect, because I said I was willing.

And I wake to these lyrics:

Nope. Not true. My favorite song became the theme song to a bad episode in my life, and I cringed for years whenever I heard it. I couldn’t make it through the entire song without having an ocean of guilt and shame fill my entire core.

I was a goddamn mess and had no one to confide in, which was partly my fault for isolating myself with him when I should have been making new friends. Bartending at one of the most popular places in town, I was meeting a lot of fun and interesting locals, but being a female in a small town meant I got more attention than I wanted at that point.

I was hiding a pregnancy, living with a stranger who was the father and who I did not like or trust. But I had no idea what else to do. One night, after working a double shift, exhausted in my own misery, I walked home in the freshly fallen snow to find him and some friends in our living room with a pile of drugs on a mirror on the floor. Our false love was made on that mountain of amphetamines. I walked right past them and shut the bathroom door for the next five hours, sitting in the tub in tears.

I had moved here on a whim for a fresh start and instead served myself a bad ending.

While searching for answers, I decided to call his mom. We had only met that one time, but we’d also had an instant connection. She told me how she had him at a young age and struggled raising him on her own. She shared with me parts of his past I was not aware of—parts that were too dark for the light I was ultimately seeking. I don’t remember her name now, but I deem her an angel. For not only accepting me, but giving me permission to make the best choice for myself—the choice to get an abortion.

She sent money, drove me to Planned Parenthood, waited in the waiting room, and drove me back home. It was a big ask, and I still quietly thank her for this. I left that office not feeling ashamed, for once in my life, but proud of myself. I made a decision, and it was the best one for me.

The road to healing was long after that, but I never looked back. I stood taller, observed more, trusted less, and ruined a few relationships after that. Through all that mucky muck, the only thing that was born was me. I blossomed into the flower I had longed to be—the lotus that rises to the surface.

The sun did end up shining for me. I knew it would. I forgave myself along the way and learned to love myself a little more. Enough to let a good man love me back and start a family of our own. Now my eyes fill with tears of joy for the life we have. A smile now reaches from ear to ear as we sing this beautiful song together while dancing with our daughters:

“Now I see a family
Where once was none
Now we’ve just begun
Yeah, we’re gonna fly to the sun”

Trust in the universe and know that everything is gonna be alright. 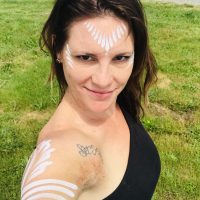