Don’t We All Have Daddy Issues? 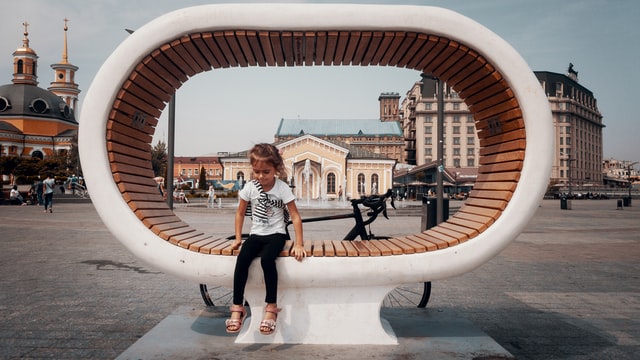 I used to desperately seek approval in the eyes of men—the approval I never got from my father.

I wasted a lot of time dating the wrong type and needed to take a hard look at myself to figure out the reason behind my terrible choices. I realized I was constantly seeking relationships that mimicked the one I had with my dad.

My relationship with my biological father is complicated. It took him years to say those three little words that come naturally to most. I would say it, and then I would wait, and wait, and wait.

Eventually, he started to say it back.

He never expressed pride in any of my accomplishments. I remember how proud I was of making the “A” honor roll during my junior year of high school, especially after nearly failing the year before due to depression and self-medicating.

I called him up and said, “Hey Dad, guess what? I made the ‘A’ honor roll!” I was certain he would finally be proud of me.

He responded with, “That’s what you should have been doing all along.”

I hung up and burst into tears, deflated. I would never be good enough.

The phrases “good job” or “way to go” were never uttered—not even when I graduated from college. The validation I desired constantly eluded me, leaving me feeling worthless.

I had been begging for scraps of love and affection my entire life. I was literally hardwired to think that I had to chase after it and do all the work.

I knew that if I was persistent, I’d finally get a tiny morsel of what I needed, and I learned to survive off the breadcrumbs.

Even now, we go months without talking because I can be stubborn at times. I’ll decide it’s his turn to call me—but he never does. He claims he simply has to think about calling me, and I call him. Although that may be true, it’s still unfair. It was five months before I caved last time.

If it wasn’t for me, I don’t know if we’d ever talk again. I send him pictures and videos of his granddaughters without receiving a response.

I found out that he recently made a trip to Minnesota and didn’t tell me—didn’t even attempt to see me. When I expressed disappointment over this he said, “You will always be a little disappointed in me, but you’ll get over it because you’re strong.”

I am strong, but I didn’t need him to make me that way; life did a good enough job of that on its own. I needed to feel loved, safe, and valued.

However, someone who never felt that way themselves doesn’t know how to provide that to anyone else.

I’ve always sensed a deep and profound sadness in my dad—underneath all the anger. Without me, he doesn’t really have anyone. I feel a responsibility to be there for him, regardless of the complete lack of effort on his end.

I reach out because I know he needs me. I feel it, even if he isn’t able to communicate that himself. He’s not completely devoid of affection; I know he loves me in his own way—it’s just not the way that I need to be loved.

When I was growing up, we spent an adequate amount of time together. Every other weekend we would go out to dinner, watch movies, and take trips on his Harley. He would always buy me anything that I wanted. That may have been his way of showing affection, but I’m not a materialistic person so that never really did it for me.

I don’t blame him anymore. From what little I know about my grandfather, I imagine my dad didn’t have the best example, and as one of six children, he may not have received much attention or affection himself.

I don’t think he knows how to love me because he never truly learned to love himself.

He never wanted children—I was a mistake, he told me once. But when I was seven years old, I gained another dad—one who loved me louder. He always made sure I knew how proud he was of me and still does. He was there through some tough times and made sure I knew I was special.

He chose to be my dad, and I wasn’t a mistake in his eyes. I wish that had been enough to alter my perception of how I thought relationships should be. Unfortunately, the majority of our personalities form before we are five years old—certain tendencies were already deeply rooted in my psyche.

I ended up in a bad relationship that nearly shattered me, but I was able to claw my way out from the destruction and build myself back up.

I healed myself and found a healthy love to grow into.

I chose a father for my daughter who would balance out the negativity from the one who gave her life.

I hope that he came into her life early enough to break the cycle.

I hope she forms a healthy view of relationships and doesn’t make a martyr of herself the way I did.

I hope we can instill the concepts of self-love and boundaries in her before she roams free in the world.

Luckily for me, I had some balance. My parents are polar opposites of each other, and my mother is the most selfless and caring woman I’ve ever known. I learned how to love in a big, amazing way from her. She has the ability to make you feel like you are the most incredible person alive, and I love other people the way that she loved me—fully and without conditions.

Perhaps our mothers teach us how to love and our fathers show us how we should be loved. This may be reversed for men, and I’m not sure how it factors into same-sex relationships—but this was true for me.

As a generation, we are doing much better at showing love and healing our trauma. We are actively trying to teach our children self-love and prevent them from having a childhood they need to recover from. We are aware of things like “toxic masculinity” and “trauma bonds,” and we are putting in the work in an effort to leave the next generation more equipped than ever.

I finally broke the toxic cycle that had been repeating for generations in my family. My only hope is that it ends with me.