Why our Opinions Trigger us (& the Role our Ego Plays).

Most of us are aware of the myriad problems that can result from the human ego.

There is one particularly subtle aspect of egoistic activity that tends to be quite problematic—namely what Dr. David Hawkins calls “positionality,” which means to take a solid position on any given topic or matter.

Although the late Dr. Hawkins is a contemporary writer, what is being discussed here is nothing new. Consider this writing by Seng-t’san (translated by Robert F. Olson), a Chinese Zen poet from the 16th century:

The Great Way isn’t difficult
for those who are unattached to their preferences.
Let go of longing and aversion,
and everything will be perfectly clear.
When you cling to a hairbreadth of distinction, heaven and earth are set apart.
If you want to realize the truth,
don’t be for or against.
The struggle between good and evil
is the primal disease of the mind.

The wisdom conveyed in these words are timeless—not only is it just as true today as when these words were written, but given our current situation, it may be more pertinent now than ever.

Election year is fraught with divisiveness born from “positionality” and opinion, yet the topic being discussed here runs broader and deeper in the average day-to-day workings of the individual. For those seeking to understand the human ego—how it subtly tends to dominate our mental activity as well as the deleterious effects of such domination—the following will hopefully provide some insight and awareness.

The ego is a group of mental processes whose goal is the creation a unique “self” or personal identity for each of us. Evolutionarily, the ego has allowed the individual to stand out for mating selection; hence, it strives to manufacture an individual that appears important and unique. The tactics (or thought processes) used to accomplish this goal include competition, comparison, criticism (fault-finding and judgement), secretiveness, shame, resentment, and possessions.

It is important to understand that the work of the ego is not in any way “bad” or “evil.” As a matter of fact, it has played a major role in our evolution and survival as a species, and it seems to be essential for the development of a “normal” person in our current social reality. It is only when the ego’s thought processes go unchecked and unexamined that they become problematic for the individual and society as a whole.

To begin with, we must realize that the self (the personal identity that is the end result of the ego’s function) is a work of fiction, a mental construct, what we might even call a figment of the imagination.

In reality, what we truly are is perhaps unknowable; we can speculate and create theories based upon stories or on our limited sensory input and perceptions, yet to see ourselves in the immense context of the innumerable galaxies and billions of years of evolution is an exercise in humility and open-mindedness. It is easier (and perhaps more practical) for us to simply accept the stories that have been handed down to us about who and what we are and to adopt the illusion of our personal identities. This could be called self-delusion, that is, telling ourselves a story and believing it.

When we consider the ego strategies of competition and criticism, it becomes apparent that the ego loves for us to be right—and, generally, to be right, we must make others wrong. Being right provides the self with a subtle and smug sense of superiority and importance. This feeling reinforces the ego’s creation of a self by strengthening its image. The fundamental unspoken message is, “If I’m right (and you are wrong) then that implies that I am smarter or more informed than you are, and, hence, I am just plain better, and I will stand out more.”

This is not to say it is wrong to have opinions and take sides on matters—we all do this, especially in an election year. The ego mind takes over, however, once we adopt the idea that anyone who has a different opinion or takes an opposing side on a matter is somehow wrong, or, even worse, dangerous, inferior, and/or a threat to us. We may be able to justify and explain our position with logic, fact, statistical and historical argumentation, however any conclusion that is reached on most matters is ultimately only our “best guess.” It is impossible to know all the facts and predict outcomes with any great degree of certainty.

One of the basic strategies used by the ego to create this thing we call “our identity” are possessions. We become attached to our stuff: our cars, our houses, our clothing, our music collection. These items become intertwined with who we think we are, and so possessions reinforce our sense of self.

Perhaps the most obvious (nonphysical) possession is our life story: each of us have one, and its contribution to our self-concept is enormous. In the words of Jeremy Rifkin:

“Selfhood and personal histories go together. Neither can exist without the other.”

If we lose this story, we also lose our identity—this can be explained by cases of amnesia and advanced Alzheimer’s disease. Yet, we must acknowledge that our life story is just that—a story based on memories—while it may be grounded in factual occurrences, we have our own limited perception and interpretation of those events.

When we hold a position on a controversial subject we say, “This is my opinion,” or “This is my view.” This little two-letter word, my, is the source of a host of difficulties. This word automatically engages the ego because it implies possession and ownership—this concept itself is based on illusion and almost inevitably results in fear.

As much as it is helpful and healthy to have a variety of opinions and positions, our current political atmosphere of intolerance to and belittling of opposing viewpoints shows how divisive “positionality” can become.

Prejudice and violence are common outcomes.

The danger lies in becoming attached to our positions and identifying with them. To say “I am a Democrat, Republican, Libertarian, Communist, Liberal, or Conservative” is to incorporate the ideology of such a position into one’s identity. When we create an identity around our positions, we will then perceive any attack or opposition to our views as a personal attack.

The reaction to this is often a fear-based counterattack or passive-aggressive behavior. While identification with a position is a common thing for people to do, it reinforces the ego’s work of separation and the illusion of a limited self. The end result of all unchecked ego activity is fear.

If fear and delusion are the price we pay for “positionality,” then what is the answer?

Most of us will readily take sides in any debate or discussion, especially on the topic of politics, economics, social justice, or any global issue. There is absolutely nothing wrong with this.

The antidote to the pitfall of “positionality” is humility, open-mindedness, and tolerance.

We must endeavor to see others’ opinions and positions as having some potential validity and entertain the possibility that we may be wrong.

We ought not identify ourselves with our positions and recognize that views and opinions are part of our human experience but do not define who we are.

In truth, who we are is always changing and is likely beyond the realm of definition.

More about the Elusive Ego: 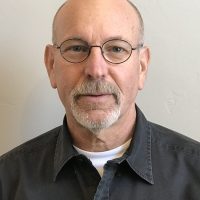 Alan Henley is a writer/poet who lives in Colorado. His time is spent following his bliss and working to raise awareness. … Read full bio

More From this Author:

The Ego Disorder. {Part 1} Don’t Fight the Ego: Use it to Become all you’ve ever Wanted to Be.
See relevant Elephant Video