The Writing (& Not Writing) Life. 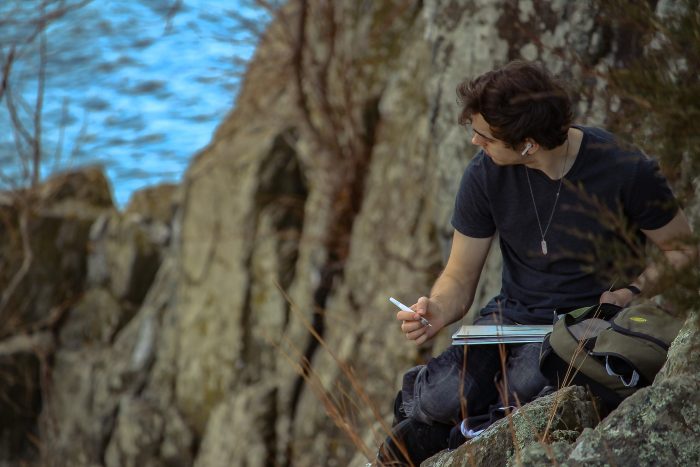 As an eight-year-old, I filled pages with the penciled story of a boy who wouldn’t sleep. Years later, that ambition remains unshakable.

Like most mornings, today I arrived in the study, convinced I needed coffee, inspiration, inner calm, creativity, and depending on the mood, either loud music or complete silence. Although silence is impossible, there’s always the hum of a fridge, the house cracking under cool changes, or the tinkling of a dog collar as my greyhound zooms through rooms.

Years ago, I attended short fiction writing classes. People read their work with soft, faltering voices. Doubts in our ability filled the room like heat when a window isn’t opened. I remember the pages trembling in my hands when it was my turn, every word exposing more of me. The feedback was gentle; “You could try…” “Have you thought of..?” “Why not expand the part where..?”

I don’t remember anyone from that class. I only recall the collective uncertainty of the group, so much that the course leader had to ask participants to speak up and be proud of their work. I wonder if any of them carried on with their writing aspirations. Or whether they abandoned them for the demands of earning a living, corporate exhaustion, parenting, living with an unsupportive partner, or finding something else that offered better fulfilment.

I pursued the corporate life. After all, there was a mortgage to pay. Kids required an education in a place where even a hair ribbon in school colors was expensive. I needed to fund the endless costs to keep the cogs of life turning. But I somehow wrote. It was almost a secret life.

I approached the desk, one step at a time, shedding my corporate day. That 10 a.m. meeting because the budget was overspent fell away. I blanked out the dispute between two team members that needed resolving, the drop-everything-call from my boss faded, and the two IT problems I’d logged—forgotten.

Frustratingly, just as the story’s momentum began, I had to stop. I still needed those seven hours of sleep for the next day. At times, it was like writing with weights tied to my arms. It was endlessly difficult to be at my best, work at night, and try to produce what could be developed further rather than torn up (or deleted) the next day. Along the way my frustration grew. Any kind of life besides that of being a writer felt too much of a compromise. I wasn’t true to myself or honoring what I wanted as a legacy of my life. Every day of not writing became a pretense. I was merely acting out other roles whilst what I really wanted to do lay at the bottom of my to-do list.

I once traveled to Fraser Island, off the Queensland Coast here in Australia. Streams of water ran down to the sea. The driver taking me commented that the water fell like rain around seven years ago. It’d taken all that time to filter through layers of sediment and sand, finally reaching the surface before pouring out to sea. It occurred to me ideas in writing can be similar. Events and experiences happen to us, travelling through our bodies causing hurt, love, pain, regret, and joy before finally moving down our fingertips, landing on paper.

An empty page calls me like the sirens crying to ancient mariners. But it’s confronting too. What’s the next idea and where will it come from? Will I feel that idea arriving the way I sometimes smell rain approaching from those distances of streaky clouds? My short fiction teacher had said, “if you don’t have any ideas, you aren’t listening.” It’s only in the past few years that I’ve learned the true depth of that statement. Sure, writers have one ear out for normal conversations. But, meanwhile, the other ear is hard at work, mining for ideas and possibilities. If a surgeon only saw a patient as a series of muscles, bones, and sinews, would a writer view the same person as a vestibule of plot lines and feature articles?

I’ve lately decided writing is an addiction. And like other addictions I’ve battled, I don’t feel I have much control. I write because I seem to be responding to something mysterious and compelling that has to be answered. I write because it cannot be ignored, in the same way that appetite and needing to sleep must be responded to. It defines me, plus makes or breaks me. I love it and loathe it. Exhilarated some days, crushed during others. If I don’t write, I’m anxious—searching for time and ideas the same way I’ve looked for a strong drink during one of those other addictions.

In the words of another writer, “writing is oxygen.”

If someone recovers our bones, they can examine them to understand what we ate. What toxins we were exposed to. Which gender we were. Any fractures we recovered from. Our age, race, and even identity can be decided. If my bones were ever found, I wonder if ever so slightly one could see in their interiors the outline of words, spaced out in deliberate lines like hieroglyphics across ancient walls, the way an unfinished manuscript looks. 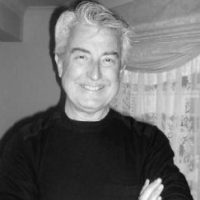