As we head further into 2021 with fingers crossed for what the year portends, let’s remember the entreaty by Mahatma Gandhi, “You must be the change you wish to see in the world.”

There’s no better place to start your journey of personal growth than with books.

I’m not talking about the usual suspects—the self-help, money management, or weight loss books that fly off the shelves this time of year. I’m referring to something more fundamental.

So, what are you waiting for? Start fiction bingeing on fiction today. It’s good for you!

I’ve rounded up some engaging titles to get you started (never fear, no spoilers here!):

This 2019 fantasy adventure by Marlon James has amassed a trophy case of top literary awards, including being named one of Time’s 100 Best Fantasy Books of All Time. Set in an enchanted, mythical Africa, the story features epic quests, magical beasts, and fights to the death. Think “Black Panther” meets Game of Thrones with some remarkable twisty hooks thrown in.

Ta-Nehisi Coates’ stunning debut novel about Hiram Walker, who is born into slavery on a Virginia plantation, achieves a mysterious power to manipulate time and space and eventually becomes an activist in the Underground Railroad while attempting to rescue the family he left behind.

A finalist for the 2020 National Book Award, this book is a quick read at 192 pages. But its memorable story will stay with you. The narrator, a homeless ghost named Kazu, haunts one of Tokyo’s busiest train stations after a life marked by bad luck. Through a series of flashbacks, we get pulled into his touching backstory. But the fable’s surreal subtext explores the inequities of modern city life, society’s unresolved attitudes toward the less fortunate, and the vicissitudes of fate and good fortune.

Journeys of the mind

4. The High Mountains of Portugal

Fifteen years after The Life of Pi became a cultural phenomenon, author Yann Martel takes us on a road trip through the human soul. It begins in 1904 Lisbon, where a young lad named Tomás discovers a dusty journal that describes a puzzling artifact that has the potential to reshape history. Boom! The wheels are set in motion for a story of magical realism—equal parts mystery quest, ghost story, and modern fable—that tackles such weighty subjects as companionship, loss, and love in the modern world.

In the tradition of Eat Pray Love, Ellen Sussman’s book tells the story of Jamie, an adventure guide sent to the tropical paradise of Bali only to be caught up in its traffic nightclub bombings, which irreparably change her life and leave her with unanswered questions. After recovering in the States, she returns to Bali seeking a sense of closure and to seek out the man who saved her from the attacks.

This 2018 spy thriller, from historical fiction master Robert Harris, transports us to the fateful Munich Conference held just before World War II. It tells the story of two friends: an Englishman (private secretary to Prime Minister Neville Chamberlain) and a German (a staffer in the German Foreign Office who is secretly a member of the anti-Hitler resistance). They forge a plot that sets them on a dangerous course as world events beyond their control unfold. It’s a story about conscience, loyalty, and betrayal.

Jasmine Guillory’s fourth novel was said to have been loosely inspired by a news story about Queen Elizabeth inviting the mother of Duchess Meghan to spend Christmas with the royals. The protagonists, Vivian and Malcolm, are 50-something professionals who meet during the Christmas holiday and begin a romantic fling.

They quickly discover they’re perfect for each other, but they live 5,000 miles apart. Readers will begin smiling on page one as these, “Charming, incredibly likable main characters” captivate us with a sweet story about overcoming the barriers to love.

8. You Deserve Each Other

At first glance, this book by Sarah Hogle doesn’t appear to be your typical romantic comedy. The protagonists, Naomi and Nicholas, are an engaged couple who engage in a contentious game of cat and mouse in an effort to call off their planned lavish wedding. But after a slow start, the story builds into a fresh take on trust, class distinctions, and a troubled relationship that evolves in touching ways.

Author Carl Hiaasen is one of our keenest observers of modern life’s absurdities. It’s a smile-worthy caper about a news photographer turned private eye. R.J. Decker, a denizen of a Florida trailer park, teams up with a half-blind, half-nutso hermit with an appetite for roadkill. When a body turns up in Coons Bog, they face down TV evangelists, seductive women, and a pistol-wielding redneck with a pit bull on his arm as they try to get to the bottom of things.

10. Do Androids Dream of Electric Sheep?

Philip K. Dick’s 1968 classic is set in January 2021, a post-apocalyptic hellhole (nailed that!) where we’re recovering from a global calamity, and many humans have been relocated to colonies on other planets. While Dick’s novel fueled the gritty look and feel of Blade Runner and Blade Runner 2049, the plots of the book and movies diverge in significant ways.

Here, protagonist Rick Deckard is out to hunt rogue androids in order to earn enough coin to buy a real animal rather than the electronic black sheep he and his wife own. The work is packed with the angst of the 60s, including worry about the collapse of the environment, the prophetic alienation wrought by automation, and the desperate fight to retain one’s identity.

Sometimes you just know when a new book makes a dent in the cultural universe. That’s what happened in 2017 with Celeste Ng’s instant classic. The novel traces the picture-perfect Richardsons’ intertwined fates and the enigmatic artist-mother Mia Warren and her daughter who upend their idyllic lives. When Elena Richardson probes Mia’s secretive past, it comes at a devastating cost.

Often cited as Kurt Vonnegut’s best work, this book is a funny, absurdist romp through space, time, and morality. The richest, most depraved man on Earth, Malachi Constant, is offered a chance to take a space journey to distant worlds with a beautiful woman at his side. Naturally, there’s a catch to the invitation.

This 1959 classic feels oddly timeless with its secret agents, Martian army, memory-erasing machines, an encounter with strange cavernous creatures on Mercury—and a prophetic vision about the purpose of human life. 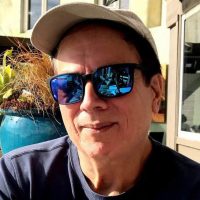 JD Lasica is a thriller author and Editor in Chief of BingeBooks, a new reader hub for book discovery. He is the former books editor of The Sacramento Bee. … Read full bio