How to Respond to the Hateful Comments on our Social Media Feeds. 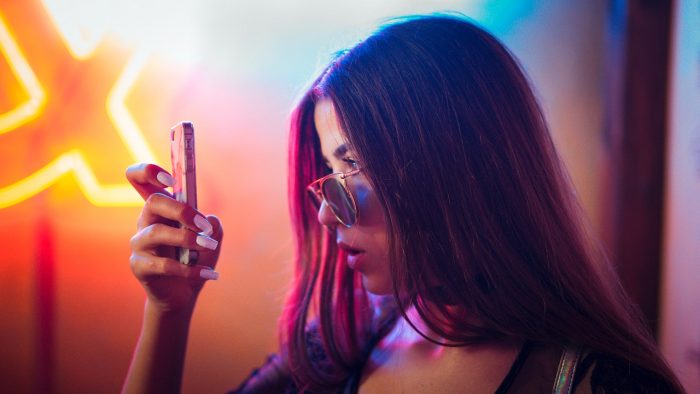 Last year, I was one of the many who spent way too much time on social media.

It seemed I was completely unable to resist the never-ending scroll, and I had a particularly bad habit of reading comments where I knew an argument was brewing. I would decide it would be a good idea to add my opinion, even though I knew how these things would turn out, and then somehow be shocked, hurt, and offended when people disagreed—sometimes loudly and obnoxiously so.

After closer consideration, it wasn’t the people who were disagreeing that was upsetting (after all, everyone is, of course, entitled to their own opinions), but rather, it was how people were using intentionally hateful—many times petty and childish—language in their rebuttal of my opinion.

Their thoughts weren’t expressed in a logical, intelligent, thought-provoking way that would start a healthy debate in which we each might learn something. No. They were on a warpath with the thought of decent conversation nowhere in their peripheral vision.

They were there specifically and intentionally for the opportunity to sling hate-fueled words with the sole intention of chasing that smug feeling you get when you shoot someone down.

But, why? Why do we feel like this is okay?

Why do many of us feel so good when we think we’ve made someone else feel like crap?

It seems that in today’s world—especially since so many of us have been spending way more time at home and on social media—we have lost the ability to be civil to each other in public forums.

We seem to be suffering from a case of “I’m right, and you can go f*ck yourself.”

When did we lose the ability to not only engage in debate but even to be civil to each other?

The abundance of misinformation available on the internet is, no doubt, partly to blame. You can find a study or an article that will back up almost any claim, regardless of how ridiculous.

Few people seem to be taking the time to do their own independent research on any given topic. Even if you do, how do you discern who is actually telling the truth when we are surrounded by lies?

So people will choose a topic, find a website that backs them up, and put it up on Facebook with a smug feeling in their hearts, knowing that everyone is going to emphatically agree with them. Then, the shock, when that first laughing reaction emoji appears. What is this? Someone has found a study that disproves your original theory? And now the mudslinging begins.

Obviously, you know you’re right. The other person is clearly just an ignorant sod who needs to learn the facts, which you are gearing up to shove down their throat whether they like it or not. Commence a comment thread of the two (or three or dozen) people slinging hate-fueled words at each other with no other intention than getting under their skin.

You end up feeling frustrated and miserable, just waiting for the other person to respond because you’ve already got your argument ready in your head with no need to understand what the other is saying.  Sound familiar?

I’m not sure exactly how it came to be that slinging insults at someone would get them to open their minds to what it is that we’re trying to say. I’m not sure when it happened that people latched so tightly onto their opinions that their minds were closed to any other option.

I have no idea how we figured that hate speech on the internet would further our causes or change hearts and minds.

What happened to rational discourse?

We need to take a step back from all of this and understand what it is that leads to productive debate and communication. Spoiler alert: we might not always be right.

If we are talking about a subject that we are truly passionate about, we need to be presenting information in a way in which it might be accepted by those that might not agree—and we also have to listen to their side of the story with an open mind.

We need to find a way to develop an effective and compassionate understanding that creates an environment where people feel safe and respected, where everyone can share their thoughts.

In this way, we will be able to truly talk through our differences, rather than just slinging insults at each other with nothing resolved or agreed on in the end.

The most effective way to engage in a productive debate is to see the “problem” from your opponent’s eyes. Put yourself in their shoes. Understand why they feel so passionate about their position. What is their background? What are their beliefs?  Why do they feel so strongly?

These things rarely have anything to do with facts but so much more to do with morals and values. Once we understand where the other person is coming from, we can speak to them in a way where they will respond in a less defensive way, where we might be able to actually have a conversation.

As for us on the other end, we have to give up the idea that we are right.

We have to be the bigger people here and really take those first steps in understanding and compassion; truly take the time to understand what they are saying; constantly evaluate what we believe.

Is it true? Are you sure? And it’s totally okay to change our minds!

Many times, we don’t have the whole picture, and when we are presented with new information, we need to take it into consideration rather than digging in our heels even further.

We can only hope that by responding to the other person with respect that they might be open to doing the same thing on their end, and this is how agreements can be found, and change can begin to happen.

I feel like so many of us are just spinning our wheels, putting the pedal to the metal, in a social media quicksand, and we’re clearly not getting anywhere fast. We already know that we can achieve greatness when we find a way to work together.

We must find a way to break down the barriers that have crept up in our lives.

We need to stop being quick to type out the unproductive hate-fueled comments and take the time to learn how to initiate productive debate. Only then will we begin to find a way back to understanding and respecting each other, which will begin to foster change in our international society.

Now more than ever, this world needs us to find a way to understand and support each other.

The great news is that this is all completely within our power. It starts with us, and we can choose to start right this minute. 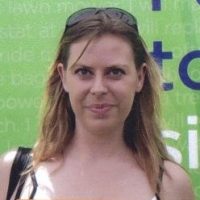 Christina Swanlund is a wanderer, daydreamer, and soul searcher. She loves beaches and sunsets and fuzzy socks. She voraciously learns anything she wants with no regrets. She … Read full bio