It’s going to take More than Kamala Harris in the White House & Harriet Tubman on the $20 Bill. 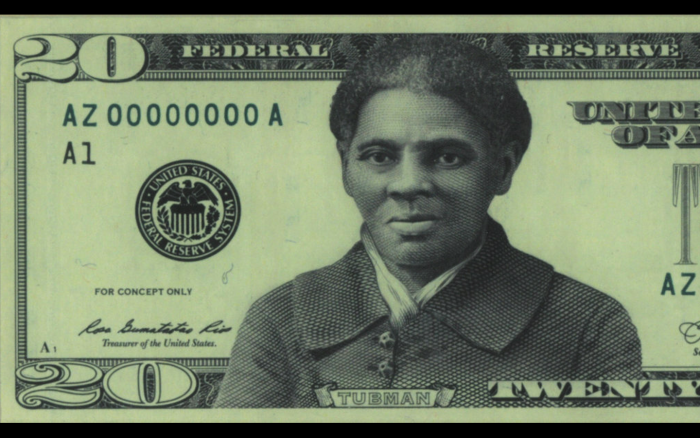 I’m thrilled to share this moment in history with my daughters and granddaughters.

We just elected an African-Asian American woman to the second-highest position in the country.

Thank you, Stacey Abrams, for your leadership in mobilizing Black voters. Thank you, Black voters, for carrying this election. We owe you so much, the least of which is the acknowledgment you deserve.

This is a giant step forward for people of color and for women. It’s time to take our place at the table and demonstrate the acumen and mettle we’ve known we had, long before the patriarchy recognized it.

And, I just read that the Biden administration is revisiting the release of the $20 bill featuring abolitionist Harriet Tubman.

White House press secretary Jen Psaki told reporters, “It’s important that our notes, our money, reflect the history and diversity of our country, and Harriet Tubman’s image gracing the new $20 note would certainly reflect that.”

Okay, so there are two significant wins for Black women. I celebrate that. But, boy, do we have a long way to go.

I want to remind you that we just had an insurrection at the Capitol. At the heart of that action was an intention to oppress—oh, hell, let’s just say it: to erase—and cancel people of color and anyone who would stand in the way of oppressing them.

President Joe Biden speaks of unity, but my BIPOC friends have discomfort in a call for unity with people who want them dead or gone.

I want to be clear. I am infinitely relieved that Biden is in the White House. Biden is a decent man. He wasn’t my first choice for POTUS, and I don’t agree with all his politics, but I have come to believe that he is the right choice at this moment.

But what about that half of the country who voted for Trumpism? What about those who are still entrenched in patriarchy, at best, white supremacy, at worst?

These individuals are casting their votes to lift up white Americans while continuing to oppress Black Americans. Some are perpetrating violence toward this end.

I believe the Biden administration must take bold steps to end our deeply racialized systems, which are costly and depress outcomes for all groups of Americans.

Targeted universalism is a term given to the implementation of strategies that close the gap between white people and people of color, which increases the success for all groups.

A couple of examples of this:

>> A damaged criminal justice system is devastating for communities of color but financially destructive and unsustainable for everyone.

>> Reducing incarceration and recidivism rates and reinvesting funds in education can work to our collective benefit.

>> A systemic approach to educational strategies that work for youth of color also works better for white youth.

By all socioeconomic measures, people of color remain far behind white Americans. This is apparent in health, education, income, wealth, employment, homeownership, and, yes, voter suppression.

America can never experience any measure of unity until there is a public admission of wrongdoing and reparations made to Black Americans.

Reparations are not foreign to the United States.

“Native Americans received land and billions of dollars for various benefits for being forcibly exiled from their native lands.

Japanese Americans received $1.5 billion, paid to those who were interned during World War II.

The United States helped to ensure that Jews received reparations for the Holocaust. In 1952, West Germany agreed to pay 3.45 billion Deutsche Marks to Holocaust survivors.

Black Americans are the only group that has not received reparations for state-sanctioned racial discrimination.”

Here is more from the article:

“In 1860, over $3 billion was the value assigned to the physical bodies of enslaved Black Americans to be used as free labor and production. This was more money than was invested in factories and railroads combined.

In 1861, the value placed on cotton produced by enslaved Blacks was $250 million. Slavery enriched white slave owners and their descendants, and it fueled the country’s economy while suppressing wealth building for the enslaved.

Though white and Black Americans fought in WWII, Black veterans could not redeem their post-war benefits like their white peers. The G.I. bill was mandated federally, but it was implemented locally. Racial housing covenants and redlining prohibited Blacks from utilizing federal benefits. White soldiers were afforded the opportunity to build wealth by sending themselves and their children to college and by obtaining housing and small business grants. Black soldiers were not.

The United States has yet to compensate descendants of enslaved Black Americans for their labor. Nor has the federal government atoned for the lost equity from anti-Black housing, transportation, and business policy.

Black Americans have been robbed of the opportunities to build wealth afforded to their white peers.”

If we truly want to live up to our American tenet of life, liberty, and the pursuit of happiness for all of our citizens, a federal reparations package for Black Americans is in order.

This might be modeled after the Harriet Tubman Community Investment Act, which was recently heard before the Maryland General Assembly. It’s worth noting that it was introduced in February 2020. The bill was ignored, and it died in March 2020.

Here is a summary of the key points:

>> College tuition to 4-year or 2-year colleges and universities for descendants of enslaved Black Americans.

>> Down payment grants and housing revitalization grants for descendants of enslaved Black Americans.

>> Business grants for start-ups and expansion, to hire more employees, or purchase property, for descendants of enslaved Black Americans.

But I don’t believe we can truly heal the soul of America until restitution is made to our Black brothers and sisters.