The Wake-Up Call we all Need to Live our Best Lives. 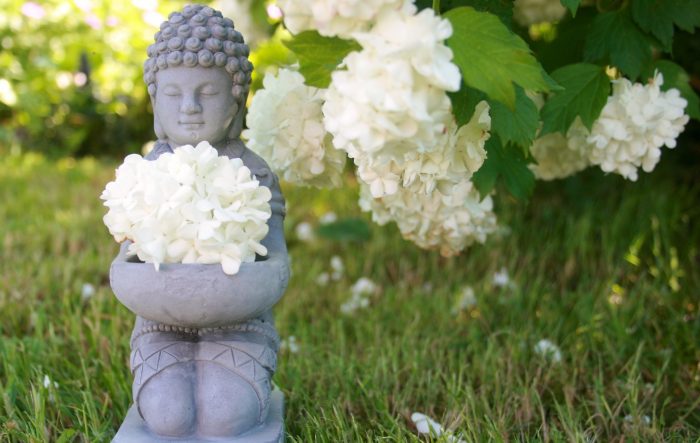 “Imperma-what? Is that even a word?”

My husband said this to me when I mentioned the word impermanence while we were out walking our dog around the neighbourhood.

I’m pretty sure I sighed and rolled my eyes. “It means that nothing is permanent,” I explained, as I am fairly certain I launched into the concept that is central to the philosophy of Buddhism.

I can’t remember exactly why I had brought it up, as this conversation happened months ago now, but it’s something that has been on my mind, or in the back of my mind, for the last few years. Something I’ve been trying to wrap my head around, to remember, to remind myself of—the fact that everything, everything is not permanent.

Everything that surrounds me right now in my house, in the living room where I’m sitting writing this, one day, none of it will exist. Everything outside my window—the grass, the clouds, the stones, and the people and animals that move through the environment. None of it is permanent.

I listened to a guided meditation today on the Japanese concept of Wabi-Sabi, which, according to a definition of Wikipedia is:

“…appreciating beauty that is ‘imperfect, impermanent, and incomplete’ in nature. It is a concept derived from the Buddhist teaching of the three marks of existence (三法印, sanbōin), specifically impermanence (無常, mujō), suffering (苦, ku), and emptiness or absence of self-nature (空, kū).”

In one of my last chats with my aunt who passed away at the beginning of this month, I mentioned to her the concept of impermanence as we were talking about her impending death (with lots of tears from both of us). I mentioned it in a way that I hoped could bring her some form of comfort. A reminder that we, and everything around us, are here only for a short time. That we are only passing through onto whatever it is that might come after this.

To me, the idea of impermanence is terrifying and comforting in equal measure. Terrifying, obviously, because it reminds us of the fact that we are impermanent, and, at some point, we will no longer be here in the physical realm. In more blunt terms—death. Which is something that I’ve been afraid of (as I’m sure many of us are) for a long time.

So, contemplating the idea of impermanence, for me, is a way to slowly work through and break apart that fear. After my mom passed away a few years ago, I immersed myself in the subject in order to wrap my head around the fact that she was no longer with us. I read through a stack of books on the subject (and on grief). One of those books, that I now recommend to everyone (mainly in Buddhist or meditation circles) who has dealt with death or impermanence in some form, is Buddhist teacher Frank Ostaseski’s fantastic, The Five Invitations: Discovering What Death Can Teach Us About Fully Living.

And it is in that same idea—that everything is impermanent, that everything will change, decay, disappear, die, transition, move on—that, as the title of Frank’s book says above, teaches us how to live more fully. We really truly realize that everything we experience will only be here for a limited time, so we might as well enjoy it to the fullest while we can. And that’s what I find comforting. It’s a kick in the pants. A wake up call.

As my favourite historical person, Marcus Aurelius, known as the Philosopher King, said, “You could leave life right now. Let that determine what you do and say and think.”

His words illustrate that wake-up call, and why thinking about impermanence is important. It encourages us to live our lives in the best way we can. Which is, really, ultimately, I think, to be of benefit.

It also teaches us about acceptance. Well, acceptance is inherent in it. If we don’t accept it, it just leads to suffering (as Buddhists like to go on about, fairly often). If we don’t have acceptance of our situation or experience, then that just brings suffering.

In the past few years, where I’ve tried to keep the idea of impermanence close to me, as a way to really integrate it, to fully accept it, I’ve thought about getting a tattoo of something that represents the philosophy. I’d briefly thought about something as crass and morbid as a skull and crossbones. But I don’t want something like that. I’m not Jack Sparrow after all. I think if (when?) I were to get a tattoo to remind me of impermanence, it would probably be the well known Memento Mori—remember you will die. And also, the less well-known, Memento Vivere—remember to live.

What helps you to remember to live? To make the most of each precious moment you have?