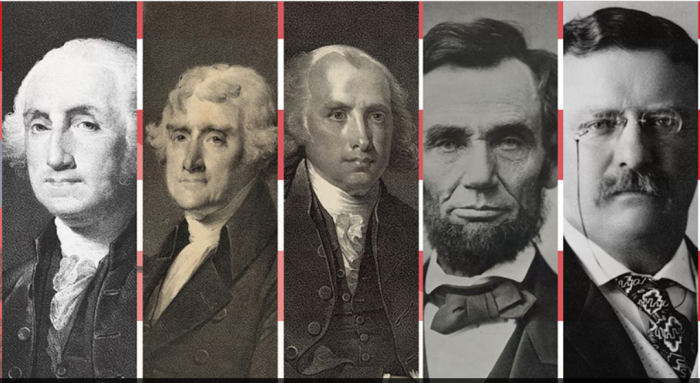 Two of my favorite things (besides caffeine, chocolate, and sunsets) are self-help books and presidential trivia.

With another inauguration right around the corner, I started looking for presidential quotes and was surprised to see some common themes and how there really are some universal truths. With so much turbulence right now in the world, remembering some of these greater truths may be helpful for all of us right now.

Here is my summary of 12 things I’ve learned in my almost 53 years, and that, apparently, at least some of our former presidents also knew.

1. Look forward. We aren’t going backward. It’s easy to want to rewrite the past, but we can’t. What we can do is to look forward and be open for what is around the curve.

“If your past is limited, your future is boundless.” ~ Franklin Pierce

“Yesterday is not ours to recover, but tomorrow is ours to win or lose.” ~ Lyndon B. Johnson

“If you see 10 troubles coming down the road, you can be sure that nine will run in the ditch before they reach you.” ~ Calvin Coolidge

“Men are not prisoners of fate, but only of their own minds.” ~ Franklin D. Roosevelt

3. If you weren’t afraid of failing, what would you do? Our own fear can be our biggest prison. And only we have the key. Don’t let the fear of failure hold you back. You’ll never know if you don’t try.

“It is hard to fail but worse to never have tried to succeed.” ~ Theodore Roosevelt

4. Our beliefs about what is possible can create a self-fulfilling prophecy. Do whatever we can to get rid of negative self-talk because it won’t take us anywhere we want to go.

“Believe you can and you’re halfway there.” ~ Theodore Roosevelt

5. At some point, we have to walk the walk. We can read all the positive and self-help things there are, but until we put what we know into practical action, it won’t make a difference. We are what we do. Not just what we think.

“If you want something you have never had, you must be willing to do something have never done.” ~ Theodore Roosevelt

“Life does not consist in thinking. It consists in acting.” ~ Woodrow Wilson

6. Failures are just lessons in disguise. Failures and disappointments can hurt, but they are the only way that we grow. Try to see them as opportunities instead.

“There has never yet been a man in our history who led a life of ease whose name is worth remembering.” ~ Theodore Roosevelt

“In calm water, every ship has a good captain.” ~ Grover Cleveland

7. Don’t listen to the cynics. It’s easy to ignore 100 positive things we hear, and just carry that one negative thing around. People may have their own reasons for criticizing us or saying we aren’t doing something right. But trust your own internal compass.

“The cynics may be the loudest voices, but I promise you they will accompany the least.” ~ Barak Obama

“Dare greatly…it is not the critic who counts—the credit belongs to the man in the arena.” ~ Theodore Roosevelt

8. Don’t take things personally. This is one of Don Miguel Ruiz’s four agreements, but our 32nd president also had a good way to remind us that no one else is thinking about us as much as we are thinking about ourselves.

“Remember you are just an extra in everyone else’s play.” ~ Franklin D. Roosevelt

9. Happiness is a choice. It may sound cliché, but we always have the choice to see a glass as half full or empty. And I’ve learned when we are positive, we get more positive, and vice versa.

Happiness depends more upon the internal frame of a person’s own mind than on the externals in the world.” ~ George Washington

10. At the end of the day, our lives are in our own hands. We can’t make excuses. We have to own our choices and what it takes to get us where we want to go and who we want to be. Be you.

“If you could kick the person in the pants responsible for most of your trouble you wouldn’t sit for a month.” ~ Theodore Roosevelt

11. Have goals and always dream big but leave room for riding the waves as they come. Life isn’t a straight path. And while it’s important to be prepared for opportunities, sometimes we need to go with the flow.

“Plans are nothing. Planning is everything.” ~ Dwight D. Eisenhower

“Life is one grand sweet song so start the music.” ~ Ronald Reagan

Breaking News: Donald Trump Has Been Impeached. Again!—Should we Rejoice Or Should we be Worried? 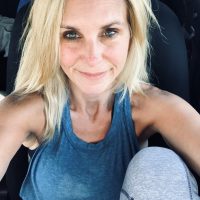 Cindy Burke earned her Ph.D. in Experimental Psychology in 1998 and currently lives in San Diego County. A researcher by day, she is also often asked to speak on podcasts, tv … Read full bio

How an Act of Sedition gave Rise to a New Feeling of Love for my Country. 4 Ways to Stop Dysfunctional People from Leaving their Sh*t on our Doorsteps in 2021. The 4 Phases of Leaving a Narcissist (& the Answer to “Why don’t you just Leave?”) A 5-Step Self-Care Practice to End the Trauma of Self-Abandonment. Tea & Consent: This has Got to be the Most British Way of Explaining Sexual Consent. {Video}
See relevant Elephant Video