If Politics is Tearing your Relationships Apart, Read This.

I never enjoyed being part of a club.

I don’t like cliques. I don’t like doing what’s “popular,” and I’ve never considered myself a follower. I noticed that, once you get over the fact that people won’t always like you, it is easier to be more of an individual.

In 2020, I was proud to register as an Independent. I think Trump supporters are just as bad as the “blue no matter who” people. There will never be unity if we fail to recognize reality and are thankful for how far America has come as a country.

The 33rd president of the United States, Harry Truman, said:

“Once the government is committed to the principle of silencing the voice of opposition, it has only one way to go, and that is down the path of increasingly repressive measures until it becomes a source of terror to all its citizens and creates a country where everyone lives in fear.”

The first amendment of the Constitution declares freedom of religion, speech, and the press. Once you begin silencing voices because you do not agree with them, this not only is unconstitutional, but it will be the death of the Republic.

I registered as an Independent because I don’t agree with either party. America is not about party lines; it’s about the Constitution. As Americans, our core values are found in the Constitution.

Until we can agree on these core values, I’m afraid that there will never be unity.

I find myself feeling fed up and stressed about politics every time I go online. I see hatred coming from the pages of people aligned to both parties. The Left is just as guilty as the Right.

>> Ask yourself if you are helping or hurting before you post.

This is hard because what seems to be helpful to us may be hurtful to others. Here’s an example: forcing your friends to post about political events—insinuating that they are cruel if they don’t—is hurtful. A better way to phrase a post is focusing on yourself and your feelings before blaming others who don’t feel the same or may just be busy and unaware.

Seriously. Just do it. President Biden and Vice President Harris took an oath to uphold it on January 20th. It’s your job as an American citizen to hold them accountable. You can buy a pocket Constitution on the internet or go to your local library. It will bring you closer to America and help you understand more of the process. I also recommend that you spend less time on social media and more time looking at bills being passed.

>> Try your damnedest to think about others.

I’ve heard some people say that they were unaffected by the pandemic, while others have been furloughed for months. I had to move to another state to get work, which is stressful enough, but I also realize not everyone has that option. Having the money to pay for the internet and log on and write this right now is a privilege. Ever think that maybe someone isn’t posting about what you want to hear because they are living in an entirely different situation?

It’s a shame to see people losing friends and gaining more enemies over politics. A lot of this comes down to our inability to see outside of our own perspectives. We align ourselves with people who agree with us more than not.

We use social media tools that have an algorithm and show us only things based on our likes, searches, and comments. We get angry when someone we follow posts something we don’t agree with, and we do a quick unfollow instead of digesting the context and forcing ourselves to confront our own biases.

This all takes more work than turning our heads and walking away. It has now become an additional facet to our relationships, and this is okay because it represents our values and opinions as humans. But we need to realize that we are all biased, and it is impossible to be anti-bias if we refuse to hear out the other side.

And, they usually aren’t the enemies that we think they may be.

“Who will govern the governors? There is only one force in the nation that can be depended upon to keep the government pure and the governors honest, and that is the people themselves. They alone, if well informed, are capable of preventing the corruption of power and of restoring the nation to its rightful course if it should go astray. They alone are the safest depository of the ultimate powers of government.” ~ Thomas Jefferson 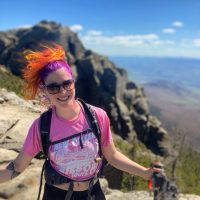