Why I Don’t Post Photos of my Kids Online Anymore. 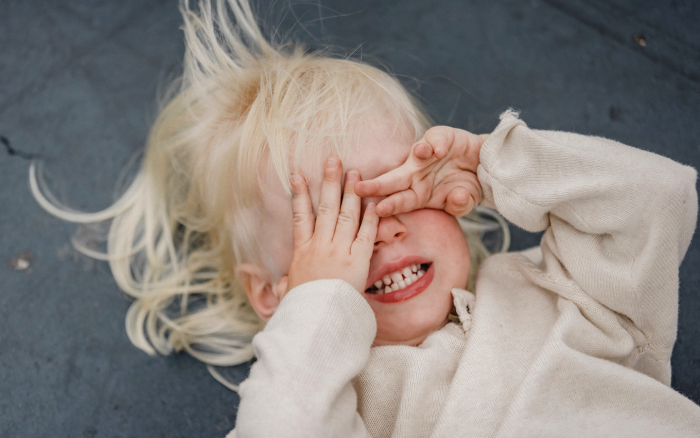 Let’s talk about a controversial topic.

And let me preface this by stating that there is zero judgment of others in this piece.

I used to put my children’s lives online all the time in my posts and stories on social media. But my private account meant nothing; I had people on there I hadn’t seen in 20 years. They were, essentially, strangers in my current life.

So you went to high school with…let’s call him Paul. Paul was a great guy in that math class you had together, and now he has a couple of kids and a wife, and a well-groomed beard. Do you know anything else about him, really? Perhaps he is a serial killer now; people change!

Anyway, I have struggled with this idea for years, hence my habit of posting photos, removing photos (out of guilt), then posting again. After all, it’s fun to share our hilarious and adorable offspring!

After leaving Instagram, however, I have clarity. The people I trust (fully) still see photos of my children from me or my husband. And if they don’t, they are welcome to ask. Alternatively, they see them in real life. No one else needs to know what they are up to, and quite frankly, probably don’t really care to.

It is not my decision to allow the world to have access to their private life, nor is it theirs—they are too young to know the repercussions of an online presence. This is why when people post images stating, “I got permission from my child to post this,” it confuses me. Your four-year-old kid would probably feel okay showing up to kindergarten in their underwear.

I will repeat, this is my personal opinion, and I know it isn’t a popular one. I mean, it’s the way of the world, right? Basically, everyone is doing it.

Here is the thing, though: no one knows the long-term effects of a child growing up with an online presence.

No one. Maybe the child will grow up to resent you for it. Maybe it will damage their social life. Remember bullies? I was called “chicken legs” my entire sixth-grade year. Imagine if these kids could pull up old photos of my “chicken legs” online?

Remember dating in high school? How embarrassing it was when they came over and saw your baby photos on the wall—those awkward framed ones of your horrible teeth and hair stages? Now imagine that future boyfriend or girlfriend being able to look them up online.

Sixteen-year-old me is cringing.

If I grew up during this time, there would be a long rendition of me singing “Ice Ice Baby” in my bedroom online. Albeit hilarious, that is not something I want the world to be able to revisit (let alone a boy I had a crush on in my teenage years). Think of all our home videos as kids—now imagine they were online. As a parent, it’s cute. As a pre-teen or teenager, it’s “social suicide.”

What if they grow up to be in the public eye? Their entire life can be picked apart by the click of a finger.

Maybe our children just want to keep their upbringing private. I know, as an adult, I would not be thrilled if my entire upbringing, every milestone, was posted online. The thought actually gives me anxiety. So, I would rather be safe than sorry and assume my children would appreciate the same discretion.

I am not referring to posting the odd photo; however, so many of us are documenting their entire lives for complete strangers to see. Statistically, “Today’s children will feature in almost 1,000 online photos by the time they reach age five.”

This is something you cannot undo when they grow up and have a say of their own. It will have been too late—a permanent online footprint that will carry on throughout their life.

As you probably know by now, I am pretty paranoid. However, it just takes one story of child trafficking or kidnapping (or just being saved on the computer of a pedophile) to make my paranoia become quite rational and logical. I would rather avoid being that “very low” statistic by doing whatever I can to protect my kids’ private lives and safety.

The purpose of writing this is to get people thinking—to be thought-provoking. Navigating this new world with young kids is not easy, and perhaps I can sway someone to think twice about posting that potty-training photo. Just send it on a family group chat! Yes, that is still sharing photos electronically, which can hold risks, but it is nowhere near the same as posting to the world wide web.

The bottom line is being an adolescent is not easy. And I think we all need to be considerate of that when posting a photo that their friends, partners, employers, and colleagues can easily find in their later years.

If my decision will alleviate even a little stress of growing up in this often cruel world, it’s worth it.

As they say, “A private life is a happy life.” 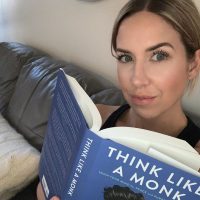 Julie Canning is a new blogger sharing her journey to simplifying her life and finding true happiness.Check out her website here: simplyjules.ca … Read full bio