4 Easy Steps to Take Back your Power & Overcome Body Insecurities. 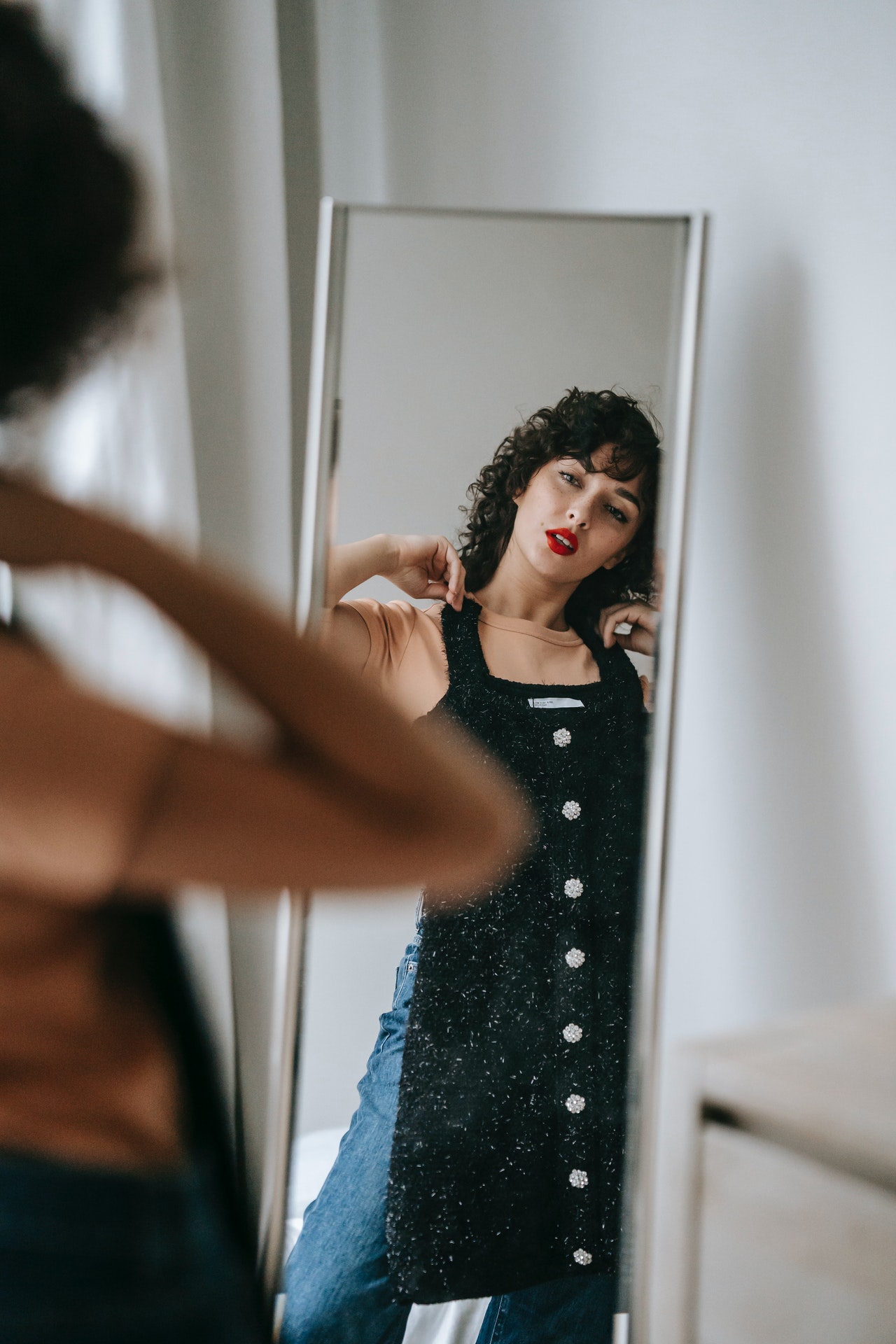 I remember being in junior high when a male classmate made eye contact with me and let out a cow sound—a mooing directed toward me.

It earned him laughter and the approval of his male peers, the sound of which I can still recall today, accompanied by a pit in my stomach.

I recall slipping to the washroom: a place to hide.

In the 1980s teal-coloured cubicles, I willed myself to ignore him, gathering strength and resolve at the age of 12, which nobody had taught me to have, prepared me for, or guided me through.

I didn’t know what else to do, so I emulated the other girls and stuffed it inside, not then knowing that it would be the first of many comments on my appearance that were to follow in my life.

I had never even kissed a boy, but I learned that male approval mattered more than my own.

His sounds still rattle in my head as the signifier that started a race of measuring my worth as a woman against what I looked like.

This cultural terrorism was nothing if not effective: I spent the decades that followed obsessed with the idea of generating external approval of my appearance. I developed a critical internal narrative to match and outsourced any generosity directed toward my body to others, hardly a reliable supply.

In adulthood, I was no longer allowed to physically hide in the safety of the bathroom stall. Instead, I felt locked into a kind of mini curio cabinet with see-through walls. In our culture, female approval means stripping down: a specific kind of flaunting, posing, and showing off never required of men.

Here, it is assumed that we must not only always be open to comments of judgement—while, in reality, we rarely actually verbally solicit it—but also that we have been supplied with the tools to manage it. I was never any better at managing it in adulthood than I was in junior high: the only thing I knew how to do was hide and repress.

The impact of this “female on display” model was a feeling like I had a claustrophobic glass box around my very life, as the hours and dollars spent to be display-ready were time and money dedicated to the art of approval rather than education, fun, experiences, and travel.

I learned at age 12 that my classmate could gain social status by removing mine.

I had to learn how to get it back.

Here are four tips I relied on to get my power back:

1. Stop commenting on other people’s bodies or appearances.

Even if we think we are being helpful, commenting on our body’s appearance—our own or someone else’s—reinforces the beliefs of the 12-year-old girls who are studied.

Refer to a list of available compliments, such as “I love your dress” or “You mean a lot to me,” and practice using those instead of “You’re gorgeous!”

An easy rule of thumb is: Would I say this to a man or post this comment under a man’s post? If not, don’t say it to a woman either.

All of it must stop, even if we deem it to be a compliment.

Critical comments toward others make us believe other people are criticizing us the same way.

Many of us are so used to being immersed in subtle body shaming, telling us that we need to tone our thighs or Botox our faces, lest we be social lepers, that we start to self-narrate.

We may even believe these are the forces of “motivation.”

When we move into criticism—of self or others—we may not even be aware, as we have done it so many times.

We need to notice these voices.

And we need to cut those voices off at the pass. They don’t belong to us—they belong to marketers and the patriarchy, and they are less effective at motivation than either mindfulness or self-compassion.

Mindfulness is awareness of the present moment.

I do five hours a week of mindfulness practice, for the express purpose of connecting to my body rather than seeing it as an object outside of me, being aware of the stories I’m telling myself and tuning into the sensations that are present at this time.

I often “feel fat.” When I access mindfulness, I have an awareness that the feeling is: I’m stressed and I feel compression in my abdomen. I can then recognize that it’s not “fatness;” it’s overwhelm.

Mindfulness is a practice and not an idea. If we have decades of unwinding to do, it will take effort and dedication to be present in our body rather than default to the messages we once learned.

I choose to weave it into my yin yoga practise, where I immerse myself in hours of feeling specific sensations of how my body feels without so much as a minute dedicated to how my body looks.

This is another practice I do regularly.

I changed the narrative away from “I’m fat and this body is disgusting/I hate myself in photos” to “I don’t feel great in my body. Many people feel this way, and it feels difficult to move past this today.”

Self-compassion allows us to speak from a place of humanity rather than shame or lack.

A self-compassion practice is just that: a practice—where we learn the skills of being humans, not objects.

It is all of our responsibilities, male and female, to remove this powerful hold that hijacks women’s lives. It starts with us, but also with the actions we expect from others and give to others.

I reunited with my mooing classmate last summer. Although his voice rattled in my heart for three decades, and I doubt he even remembers the moment, my adult self could meet him and understand that he was once seeking power.

We had an interesting conversation about his work. And I didn’t even consider what he thought about my appearance.