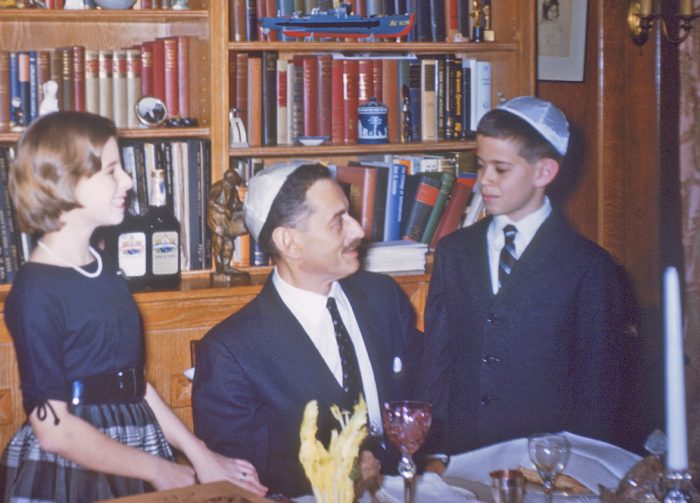 After my father passed away in 2005, I was surprised to find in his personal effects a mimeographed program from the famous “Nuremberg War Crimes Trial” where the top criminals of Hitler’s Third Reich faced justice.

As an officer in the USAAF doing occupation duty in Germany, he was allowed to attend. As a clinical psychologist, he sharply observed the defendants.

“I visited the war crimes trials today, deeming myself extremely fortunate to be present at a so historical an event. Hermann Göring (Head of the Luftwaffe and Hitler’s originally designated successor) has completed his personal defense this morning, but his attorney was presenting final evidence on his behalf.

I’ll not go into detail, mentioning only that he quoted at length from Göring’s own writings, in support of the contention that Göring was a man of peace whose greatest desire was to prevent war. All he wanted for Germany, it seems, was “honor.”

Churchill and Halifax (Lord Halifax, British Foreign Secretary from 1938-40; in favor of appeasement until 1939) were quoted in his defense, but the court disallowed this evidence, pointing out that these men were mistaken at the time. The Austrian Anschluss (annexation by Germany in 1938) was only an internal affair, and Poland was being saved from Bolshevism.

The (Danzig) Corridor dispute was based on reasonable demands by peace-loving Göring, who used to hold meetings at 0200 hours to secure peace. At one point, the defense wanted to expound on the personality of Hitler, but the court remarked that it was sufficiently acquainted with all the facts in so irrelevant a matter.

I sat quite close to these criminals. Göring, face haggard and quite reduced in girth, still wearing his uniform, constantly making comments to his attorney and to Rudolf Hess (Deputy Führer to Hitler until 1941), listening eagerly to everything being said.

Arthur Seyß-Inquart (Deputy director of the Nazi occupation government of Poland) chewing gum and staring indolently around him. Julius Streicher (Editor of anti-Semitic Nazi newspaper Der Stürmer and Gauleiter of Franconia) quite short and squat, also chewing gum and paying no attention whatsoever to the proceedings.

Hjalmar Schacht (Reich Minister of Economics) missing not a word, concentrating on the proceedings and living at the same time much within himself. My guess is that he won’t hang.

Franz Von Papen (Former Vice-Chancellor under Hitler 1933-34) quite the most handsome and suave of the defendants, but not as stiffly dignified as Wilhelm Keitel (Head of the High Command of the Armed Forces during World War II), who also wears a uniform.

The only criminal who had not been a failure before entering the Nazi party, Alfred Rosenberg, the author of that infamous “The Myth of the Twentieth Century” perverts, looking like a businessman, the face ratty and sharp, credited with the cruder forms of anti-Semitism in Germany.

Joachim Ribbentrop (Foreign Minister,) the one-time champagne salesman, Karl Dönitz (Commander-in-Chief of the German Navy and last president of the Third Reich), and Erich Räder (his naval predecessor) seated together. The whole crew of murderers, liars, and thieves.

The German people are bored with the whole thing.

They have no sympathy for these men who promised them so much and then, worst of all, lost the war. They are impatient with the whole affair and want it finished.

To them, these men, if they can so be designated, are not criminals, only traducers, breakers of golden promises. This war, with its horror and devastation, has taught them nothing, absolutely nothing.

The defeat was tough sh*t, but better luck next time.”

Like many American Jews of his generation, Dad refused to ride in a Volkswagen, buy any German products, and almost had a hemorrhage when we had to fly Lufthansa on a 1964 charter flight to Switzerland. He tried to teach me to hate Germans, but I was a lousy student.

By age 11, I began to challenge him on his views with my subconscious understanding that there was no such thing as collective guilt.

Until recently, however, it was accepted in intellectual circles that Nazism was a uniquely German phenomenon, explained by their predilection toward romanticism, post-World War I victimhood, Wagnerian operas, and Nietzschean philosophy.

But the past four years of Donald Trump have erased that notion, seeing that such ways of thinking were prevalent enough in Americans to support a president who openly spouted racist, white supremacist rhetoric.

My father passed away in 2005, but if he was alive today, he would have heeded the early warning signs that a crypto-fascist like Trump was not only a threat to American democracy but would be supported by millions of cult-like followers.

My dad, who once discussed the psychology of prejudice on a 1954 radio show with Civil Rights icon Jackie Robinson, explained that such adoration comes from those who feel inadequate and powerless and thereby need to project superiority over someone else.

He would not be surprised that such people would choose to march behind a leader who, like Hitler, promised to make their country—and their race—great again. 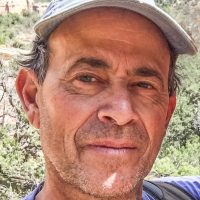