A Viral TikTok that brought to light our “Revenge Bedtime Procrastination.” 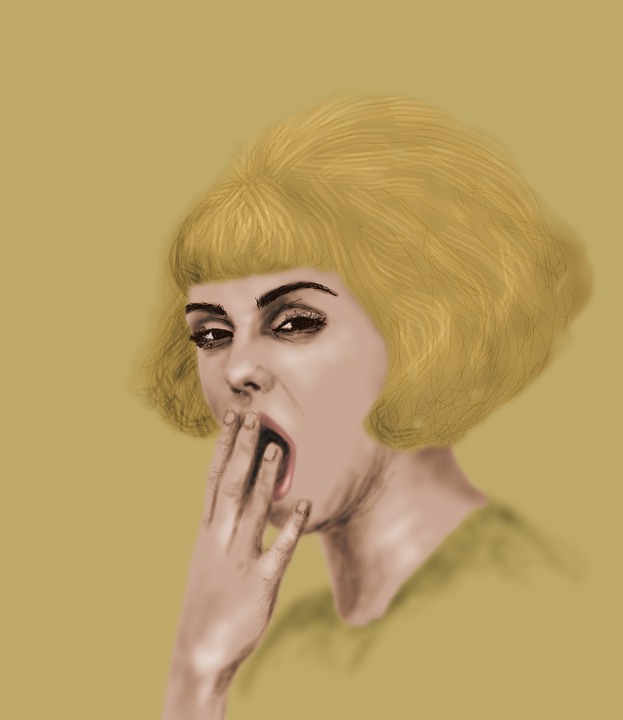 Many people in America work two or more jobs to survive.

I happen to be one of the fortunate ones who work in a situation where overtime is ample and generally available every day.

I say fortunate because even though I usually leave the house at 7:00 a.m. and don’t get back until 8:30 or 9:00 p.m., I don’t have the added worry of trying to coordinate two schedules, deal with two bosses, or drive from place to place.

There are times when I get so angry at having no time to myself that I opt to stay up well past that point. It feels a lot like rebelling against a system that wants to own me and all of my time on Earth. So in one sense, I am hurting myself by not getting enough sleep, but in another sense, doing this gives me the feeling of autonomy that I need to maintain a modicum of mental stability.

The phenomenon of staying up past the point where you know you are going to suffer—and doing it out of a strange feeling of spite—is called “revenge bedtime procrastination,” and it is far more common than you might think. “Revenge,” because a lot of people—like myself—who have no life other than working to pay their bills, can’t help but feel indignant at the thought of having to go straight to bed after a day filled with work and the chores that accompany work. Activities such as preparing meals and washing dishes just add to the ceaseless drudgery many of us feel anchored to.

So there we are, scrolling on our phones, well past our self-imposed bedtimes. As we notice the time on the screen in 3.5 point font, we calculate our diminishing sleep time and still choose to keep scrolling.

“The combination of a capitalist workday, mixed with work-from-home life and ever growing attachment to our technology is the perfect storm that contributes to ‘revenge bedtime procrastination,’” according to Aliza Shapiro, a clinical social worker and therapist who was just interviewed about this in Glamour magazine.

This problem came to the attention of the editors at Glamour when Saman Haider, a 20-year-old pre-med psychology student at the University of Iowa, discovered the terminology and made a TikTok video about it. The video has been viewed over 14 million times. Essentially, we’re all feeling it.

Not only is the pandemic aggravating this situation by making many of us work from home, the reality of having to shepherd small children through their school day via Zoom is causing many parents—most especially women—to extend working hours well into the evening to make up for the multitude of interruptions this reality brings.

I asked my children’s mother about this and she admitted to also engaging in this practice. She wanted to make sure I also understood that remote learning went way beyond technical support with Zoom. “Add to that the constant snack preparation, the breaking up of sibling squabbles, and the supervision required to keep two small children engaged in their studies and it’s miraculous that I am able to do anything else.”

After we had the conversation, I could imagine that we were both doing the same thing in two different locations. Myself trudging through the door at 9:30 at night, and she finally getting them off to bed and having a minute to herself at approximately the same time.

Saman Haider, the viral TikToker whose video recently spurned massive interest in revenge bedtime procrastination, tried to put a positive spin on all of it:

“I think the thing about [it] is that, however bleak its origins are and whatever toll it takes, it’s a quiet reminder from your unconscious that you really do like being alive. There are so many good things in life that you don’t want to fall asleep and miss them.”

@samanhaiderrwhy is this me every night ??‍♀️#fyp #foryoupage #desi #brown #sleep #psychology

While, of course, this may be true—and as much as I have always tried everything possible to see things in the most positive light available—it’s difficult for me to ignore the fact that most of us live in a world where we need to trade 80 or 90 percent of our waking hours for the ability to eat and pay our bills. I can’t help feeling like there is something patently unfair about all of this.

In 1940, the 40-hour workweek became United States law. By 2000, hardly anyone could survive on the income generated by the average 40 hours per week job. And, while staying up ’til 2:00 a.m. to watch “The Queen’s Gambit” may feel like we are relinquishing some agency on our own lives, I can’t help feeling like our time might be better served figuring out creative ways to break free from this hamster wheel.

So, as long as you’re awake, my recommendation is to google “creative entrepreneurship.”