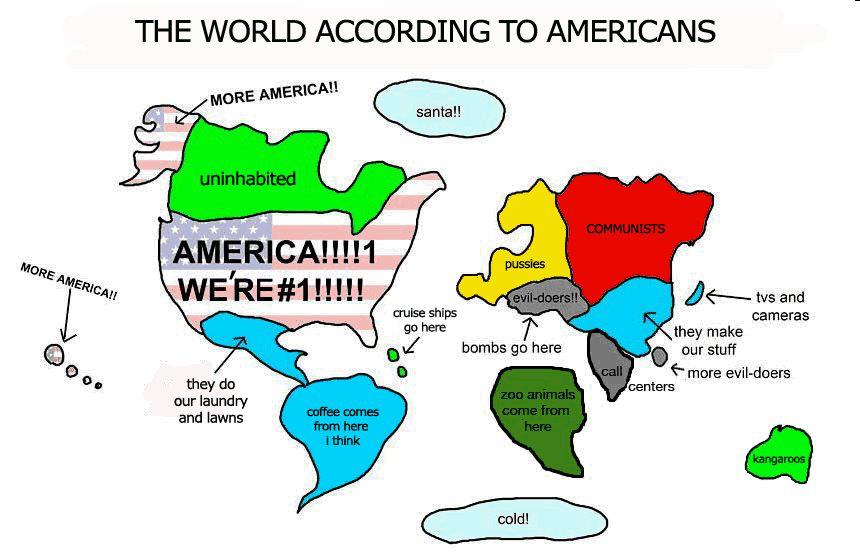 “American Exceptionalism” is the belief that America occupies a special place among the countries of the world.

A belief that we are somehow better than the rest.

Sadly, I’ve watched America grow into a country whose people overvalue radical independence, self over community, and a real f*ck-you attitude toward the rest of the world.

Exceptional? I think not.

I was born on the 4th of July.

When I was a little girl, everyone told me I was fortunate to be born on Independence Day and that I should be proud to share a birthday with the greatest nation on Earth.

As I entered my 20s, I started to become educated about the real history of our country. I remember reading this quote about Fourth of July, written by Frederick Douglass:

“The rich inheritance of justice, liberty, prosperity, and independence, bequeathed by your fathers, is shared by you, not by me. The sunlight that brought life and healing to you, has brought stripes and death to me. This Fourth of July is yours, not mine. You may rejoice, I must mourn.”

I started to question my country and wonder what parts of America’s history I should be proud of.

>> Was it when we perpetrated genocide on Native Americans to steal their land and abuse their people?

>> Was it when we burned women and children at the stake because we thought they were witches?

>> Perhaps when we went to Africa and stole their people so we could enslave them and force them to build our country?

>> Was it when we prevented women and minorities from voting? When we ignored the Holocaust? When we dropped two nuclear bombs on Japan?

>> Maybe it was when we sent young men to fight a war in Vietnam under false pretenses? When we did the same in Iraq? Or maybe when we perpetrated war in Afghanistan and let it last for 20 long years?

>> Perhaps, it was with the inception of the prison industrial complex when we started incarcerating people for profit?

>> Maybe when I could no longer ignore the fact that People of Color, and particularly Black Americans, are still the brunt of systemic racism today, in 2021?

>> Or maybe when our greed causes us to ignore the fact that we are second only to China in carbon emissions that kill the planet?

>> Is it when we continue to stomp on the basic human rights of our LGBTQ community?

>> What about when we finally elected a Black man as President, but the Republican Congress was ordered to block everything he tried to do, even when it would improve our country?

>> Was it when we elected a dangerous, morally, and intellectually bankrupt, dictator wannabe as POTUS?

>> Maybe when I learned that there are currently over half a million people homeless in America, or that we have healthcare and education systems that don’t begin to serve our people?

>> When there are children in our country who go to school hungry? When we put immigrant children in cages and separate them from their parents?

>> When we understand that the distribution of wealth is so skewed that the richest one percent of Americans hold more wealth and therefore have more political and social influence than the bottom 90 percent of our population, and we think that’s okay!?

>> Was it when we learned that we lead the world in cases of a pandemic whose spread could have been prevented?

>> Or maybe when some of our elected officials chose to ignore an insurrection at our capitol and instead, sided with white supremacy?

The idea of America may be exceptional. America itself was never “exceptional.”

We are still struggling with our urges to enslave and oppress people. We are still devaluing the lives of women and people of color. We continue to allow our police to be thugs and our corporations to dictate economic and social policies.

When I look beyond the history books and the jingoistic propaganda, I find a whole lot that doesn’t make me proud at all but, in fact, makes me ashamed and causes me to yearn for us, as a nation, to do better.

I feel heartened, however, that I am beginning to hear a collective voice calling out racism and police brutality, and this voice is actually being heard. I am encouraged by recent supreme court decisions to support the rights of LGBTQ and “Dreamer” communities and the reproductive rights of women. I am hopeful when I see so many amazing young people who are stepping up to the front line of this righteous battle. And a battle it is!

There is a new administration in the White House. The $1.9 trillion Covid Relief Bill was just passed and will finally throw a broad net over poverty and inequality in this country. It’s not the end-all, but it’s a bold start.

We must fight for the lives of all Americans, not just some Americans. It’s time to call upon the hearts and minds of our people to do better. We are fighting to make radical changes that are long, long overdue.

I pray this is the year that our country begins a grand awakening. I pray we see a positive shift in thinking and in policy.

I pray that justice, liberty, prosperity, and independence are made available to all of the people of our country. Now that would be exceptional.

Presidents, Before & After. [Photos] 4 Mindful Choices for Getting Unstuck from our Emotional Sh*tstorms. It wasn’t Love: 10 Signs your Relationship was a Trauma Bond. The 4 Phases of Leaving a Narcissist (& the Answer to “Why don’t you just Leave?”) Trauma Bonding: the Toxic Pattern that arises from Wounded Relationships (with Family, Friends, or Lovers).
See relevant Elephant Video