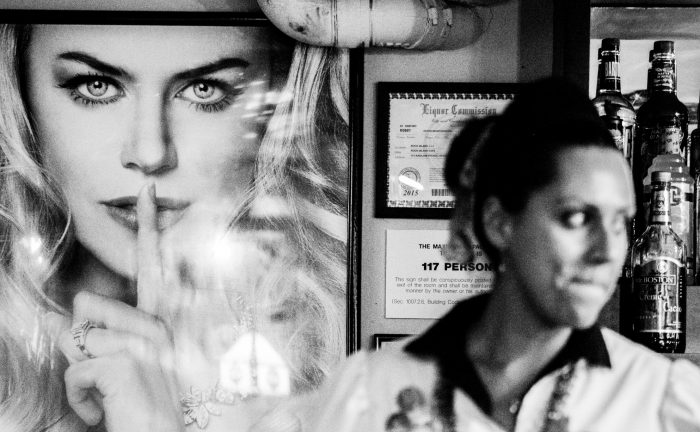 “That dress looks great on you. Really shows off your curves.”

The two-sentence email from a coworker hit like a punch to the stomach. I was in my second year at my job. I didn’t know what to do. I sat there frozen for a minute with my heart racing. “Why would he send this to me?” I thought.

Before I could get up from my chair, the sender of the email—a male colleague—was at my open office door. He stood there for a minute as if to see if I had read what he had written. I was so confused. Every conversation I had ever had with him was professional.

My mind raced as I silently prayed he would leave. Another workmate walked by, calling his name to get his attention. He tapped once on my door frame and left.

I exhaled as I got up from my seat to shut my door. What had I done? The thought repeated in my head like a record that couldn’t find the right groove in the player.

I told a coworker, who went to our manager. His idea of handling the situation was calling the email sender and me into his office.  At the end of an extremely awkward conversation, the emailer promised that it wouldn’t happen again. He walked out of the office—not a mark on his conscience.

“Honestly,” an older female colleague said, sucking air in through her teeth, “I worked places when I was younger and had things like that happen. I didn’t say anything for fear of looking too emotional, but good for you,” she said with a half-forced smile and tapping my arm.

Yet, I was the one who was worried about what my manager thought of me at work, “Will he think I can’t handle it here? That I’m not tough enough?”

My thoughts raced. I wanted to be viewed as competent, not as a complainer. I sat with the nauseous feeling that I somehow brought this onto myself. The idea of not making waves, keeping my head down, and doing my job had been so deeply ingrained in me that I didn’t know how else to feel.

So much time has passed between this incident and now. The one thing that didn’t change over the course of these years was the way in which I dealt with scenarios I encountered in which I needed to stand up for myself—I didn’t.

I was still so worried that if I spoke up, I would upset someone—I was more worried about ruffling the feathers of a friend, my parents, a spouse, a colleague, or a boss. I was so concerned about what they would think of me for rocking the boat.

I never took into consideration how I felt about any of it until recently. I needed my car serviced, which sounds simple enough, but another uncomfortable situation that I never addressed for fear of hurting people’s feelings was waiting for me at the dealership.

It started about a year ago when my husband and I bought my car—it’s my dream car, really.

I wrote a nice review of the sales team and dealership after the purchase. The team had my cell phone number in case I needed to follow up as businesses were still mostly closed due to the pandemic. A member of the team texted me at first to thank me for the review, then to see how the car was.

One night I received a text from said sales associate: “We should go out for drinks soon.”

“He knows I’m married. He’s met my husband. Why would he send me this?” I asked myself. I left the message on read. I was still too caught up in the idea that speaking up would upset someone, so it was best to just ignore this ever happened.

Time passed, and I needed my car serviced. I called the dealership and made an appointment. The team member reached out to me via text, knowing I had an appointment. It was a normal exchange—I felt comforted that my silence had sent a message.

The salesperson saw me waiting while my car was being worked on and stopped by to make small talk. It didn’t seem like anything out of the ordinary, but after my appointment, he began texting me about wanting to have drinks with me.

Then an 11 p.m. “hey” text message. I felt sick. I started to wonder what I had done, again, to have someone act this way toward me.

When I couldn’t come up with anything I would have done or said to encourage this behavior, I realized I wasn’t the problem.

I needed to stop blaming myself for other people’s actions and be clear. I wrote back:

“No. I’m not interested in having drinks with you.”

There’s no reason to feel guilty about respecting your own boundaries. We shouldn’t have to shrink down or make ourselves smaller for fear of offending someone else.

Speak up. Don’t stay quiet and assume others understand they’ve crossed the line—your boundaries are your lines to draw, and no one else’s. 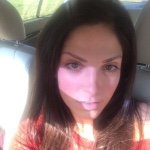 Erika Johnson loves the ocean, anything involving the esoteric, and attempting to explain the unexplained.  It is always her hope that her stories inspire others as others in… Read full bio