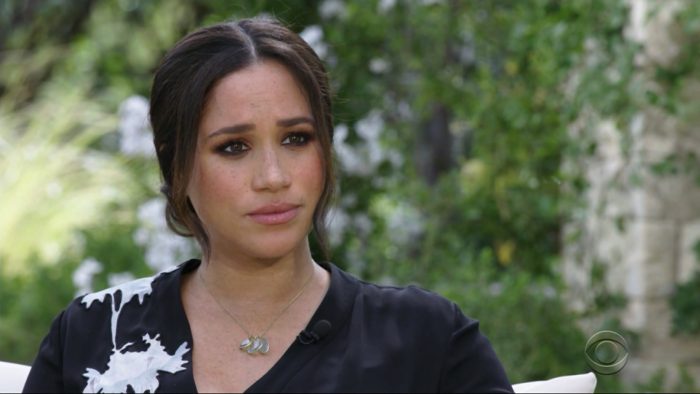 Last night I watched Meghan and Harry’s interview with Oprah.

I was deeply saddened. Meghan shared that she had journeyed through a time where she felt plagued by suicidal thoughts and the feeling that she couldn’t “be alive anymore.”

Suicide and its contemplation are so deeply misunderstood. It is so often judged as selfish, weak, or melodramatic, and I have seen that lack of cultural understanding reflected in many of the comments and posts I have seen over the last few days.

So I felt compelled, as both a trauma specialist and someone who spent much of my own life fantasising about suicide, to set the record straight and explain what suicidal ideation really is and what causes it.

To understand suicide and suicidal ideation, we need to learn a little about trauma—something also widely misunderstood. Trauma is any toxic stress that becomes stuck in the brain and the body. Trauma can be caused by a single incident such as a car crash, rape, or combat experience.

It can also be caused by prolonged exposure to forms of physical and emotional stress that cannot be escaped. This is what we call complex PTSD or CPTSD.

We can also refer to this as developmental or attachment trauma. What is vital to understand is that the human infant is entirely dependent upon their caregivers. If we think of this on a primal level taking human history into account, losing connection with your primary caregivers meant death. Humans both survive and thrive as a species predominantly through connection—being part of a tribe.

Anything in a child’s life that signals instability in the caregiver, anything that demonstrates the caregiver is not attuned and attentive to the child’s complex needs, represents a threat. As a child, you have no power; you cannot defend yourself, nor can you remove yourself from the situation. You are not just enduring trauma but are a prisoner of it.

Developing in an environment where you feel constantly and consistently unsafe changes the way the brain and the body form and locks the child into a permanently stressed state. This doesn’t self-correct with time; we carry this trauma into adulthood. It presents symptomatically as issues with addiction, anxiety, depression, chronic pain, fatigue, insomnia, low self-esteem, and codependency, to name just a few.

From a scientific perspective, when we are under threat, our sympathetic nervous system becomes activated: fight-or-flight. As humans, we experience this as being aggressive and argumentative or as general anxiety, fear, restlessness, or the need to run away from the person or situation that is causing us distress.

If we cannot fight or flight, we move in to freeze, what is called a dorsal vagal state where the body can no longer cope with the continuous sympathetic activation and onslaught of stress hormones, and it simply starts to shut down. We experience this as low blood pressure, slow metabolism, fatigue, depression, the need to isolate, and feelings of hopelessness and desperation.

Understanding this, let’s take a look at Megan’s situation. Firstly, it is important we acknowledge that there is clear trauma in Meghan’s history. It is enough that we know that she has a broken relationship with her father. A damaged relationship with a primary caregiver always leaves a deep wound.

As such, Meghan’s nervous system was likely already sensitive to toxic stress as she endured it as a child. When we have trauma in our past, our nervous system tends to be less resilient to current life challenges, and we can become quickly overwhelmed and destabilised by stressful life events.

The torrent of abuse that Meghan received from the press will have been chronically stress-inducing. She was criticised and under fire for months and months on end. To add to that, she received no support from the “tribe” (The Royal Family) who had promised to protect her.

She was pregnant and therefore deeply concerned about the safety and wellbeing of not just herself but her baby. To be attacked by the public at large—your greater human community—and to feel alone in your suffering is to be under extraordinary threat.

We know that connection mitigates the effects of chronic stress and prevents it from transmuting into trauma. Meghan was not allowed to visit her friends and traverse her life as she usually would have. She was forced into isolation and silence. She could not speak up for herself (fight), and she could not escape (flight).

Meghan’s body became so overwhelmed by this unrelenting stress that it had no choice but to eventually freeze and shut down—she entered dorsal vagal state, hopelessness, and desperation.

Suicidal ideation is a means of self-soothing.

Most of us who have suffered complex trauma will at some stage fantasise about dying. I used to call it my “Plan B.” I knew if it all got too bad, if I could no longer cope, there was a way out. This thought brought me comfort on many darks days.

The thought of death brings the feeling of relief, of release from a somatic state that has become intolerable. In freeze mode, you can see no way out because your primal response to fight-or-flight has been taken away. The desire for life to end is a simple and natural desire for the suffering to end.

For those who tragically end up taking their own lives, it is because they have, by that point, lost the power of choice. A chronically stressed brain loses neocortical function.

This means that we no longer have the capacity to see the bigger picture, create solutions, and envision another way. We have also lost impulse control—we become driven by the simple and primal urge to exit the torture of our own existence.

Shame induced by a damaging cultural narrative that mental and emotional distress are weakness keeps us silent. In sharing her pain so publicly, I believe that Meghan has bravely opened a gateway for us to speak more openly about our individual struggles and to begin to dissolve the stigma around suicide and its contemplation.

The more we can bring these things into the open, into the public forum, the greater opportunity we have to heal both individually and collectively.

Meghan managed to dig deep and shift back out of freeze. She took action and began to self-rescue by making dramatic and necessary changes to her life so that she could begin to feel both safe and empowered again.

It seems to me that she is healing.

We all can. There is another way out. Meghan is an example of that. I stand testament to that. I no longer live inside a body I need to escape.

I have had the privilege of watching many clients be relieved from the bondage of endless desperation.

If life feels intolerable for you at times, I promise it need not always be that way.

I send you love, a hug, and I want you to know that there is always hope. 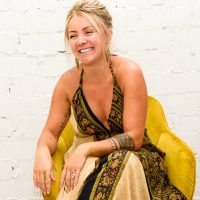 Aimee is a warm, wise and dynamic teacher. She is a clinical trauma specialist and truly holistic practitioner expertly weaving modern science and psychology with ancient wisd… Read full bio