The Only Thing Worse than a Weak Man is a Strong One: a Modern Gender Paradox. 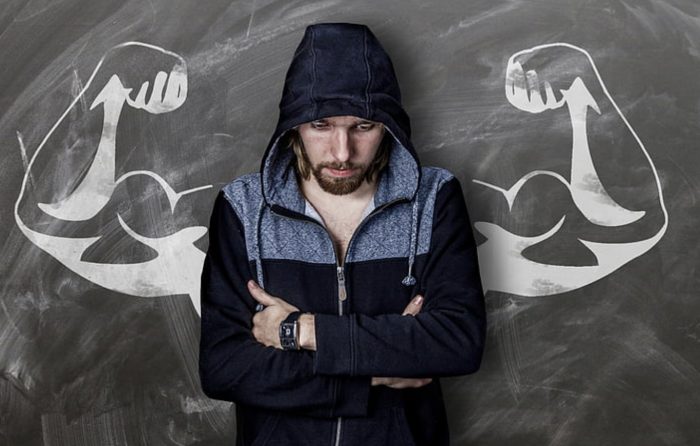 This article is probably going to piss some people off. I only ask that you read this with an open mind.

This is something that isn’t talked about too often, and I’m even pretty hesitant to bring it up: I’m talking about inequality toward men.

Before I get deeper into this, I feel I should lay a few things out. I am in full support of women’s rights and gender equality—one hundred percent. And I’m not even speaking of the grander scale in this article.

I understand the certain level of white guy privilege I have been fortunate enough to have—at least, to the best of my abilities. Please do not think me ignorant of that. No, I am speaking more of the day-to-day and of the inequality in relationships in particular.

It’s also important to note that these are generalizations. Not all women behave in such ways, just like not all men are misogynistic pigs.

The modern man has no f*cking idea what to do in relationships anymore. Seriously, we are just baffled.

In many of my past relationships, I have felt as though there was literally no winning. I am all in support of strong women. As a matter of fact, that is the type of woman I like to date.

But I have been running into the have your cake and eat it too problem more than I would like. A lot of it comes from this paradoxical attitude I’m gonna call conveniently independent.

Basically, that means many women take full advantage of the changing attitudes toward positively promoting women’s independence and strength (which I think is great) while also expecting men to fit into traditional gender roles whenever it suits them, despite the cries for eliminating stereotypical gender roles entirely—it’s confusing, I know.

There are quite a few other unrealistic expectations toward men. For example:

I know I speak for many men when I say that we were expected to be at our best, all day every day, no matter what is going on in our own lives. We are expected to be the strong ones whenever we are needed to be, without question. Let me tell you from experience that is f*cking exhausting.

As a result, a lot of men don’t have the opportunity to express themselves or their feelings properly. Because a lot of society would call us weak for seeking any kind of help, collapsing under the stress of life, or even just crying. This stigma is dissipating with time, but I promise you it is still prevalent.

I actually had one of my long-time girlfriends “apologize” to me because she felt as though our relationship had no room for my problems. I put apologize in quotes because she said she was sorry and acknowledged the issue but did absolutely nothing to help solve this serious problem.

It’s surprising to acknowledge the amount of pressure men can feel upon entering a serious relationship.

Society has already laid out what we are supposed to be in the traditional man role. So we try to live up to that traditional role as best we can. Sometimes, women like that—other times, they don’t. It’s really just a guessing game, trial-and-error, or sheer luck if we get it right these days. And in the event that we get it wrong, we get punished for it.

However, many women have unrealistic expectations of how successful or wealthy a man should be. And that is also not cool.

Unrealistic expectations are damaging to our partners no matter what life trait or gender they are focused on.

Now, I’m only able to bring up a few points here, and these examples I’m giving may come across as small potatoes (and to be fair, by themselves, at the moment, they can be). But the point is they continue to build and eat away inside of us until we finally break. They build up inside of us because we are expected just to deal with it, which eventually leads quite a few of us to look for a way out.

American Foundation for suicide prevention reports these statistics from 2018. In the United States:

Obviously, suicide is a complex issue, and there are many factors that can lead us to attempt to kill ourselves.

But in my research, I have found that men not having emotional support or diagnosis for mental issues is one of the leading causes. I’m not suggesting unrealistic expectations from a partner alone are the difference here.

There are dozens of factors to consider. Whichever way you look at it, there is no denying that many men live under the constant and crushing weight of their lives, and we live in a culture where anyone seeking help to lighten the load is considered weak. Regardless of the cause, the facts remain.

The male suicide rate is overwhelmingly higher across the entire planet. All of the male privilege in the world counts for sh*t if we are dead.

There are so many other ways men are still subjected to unrealistic expectations—too many to list here.

But after having almost become part of that statistic myself, I can say for certain that this is real. And this is a real problem.

Please, ask him how he’s doing. We are human beings, not robots. 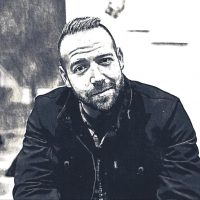 Jake Fortin is a person in recovery. The goal with his writing is to try and share some of what he has learned on the journey to sobriety with anyone it may help. He aims to … Read full bio