Walking Away from Toxic Love (& the Best Sex of my Life). 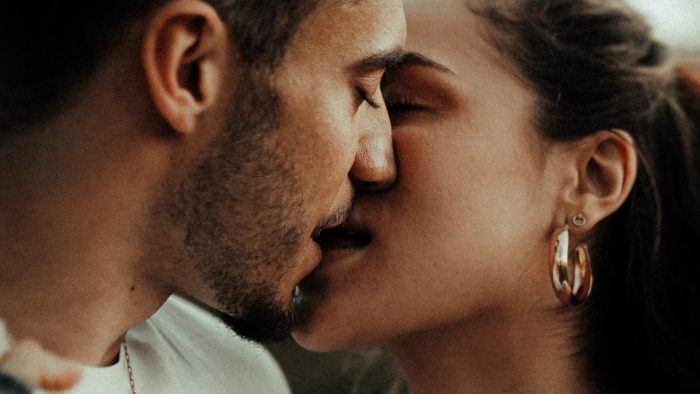 I walked in the door and looked into her passionate, aquamarine eyes.

I felt something hollow inside of me that I needed to reckon with. I was confused about why this all needed to end. The relationship was nothing short of the culmination of every 10th-grade daydream I can remember having. In a different reality, I should’ve been planning our wedding.

I say “different reality” because I chose a life devoid of weddings and dinner parties and viable futures. All those niceties were for other people. I grew up idolizing rock stars like Iggy Pop and David Bowie, and without realizing it, I chose that lifestyle over the lives that my college friends were starting to build for themselves. The only thing I didn’t have was the stardom and the money. Without celebrity, that life only brings drugs and drama—I was okay with it. I still found it romantic and exciting.

Except, of course, for that moment where I walked in the door and looked into her eyes and knew it had to end. Those eyes, the color of the most beautiful azure summer sky, were going to be one of the things I missed the most. They were the sort of eyes that clutched your throat, burned your own eyes, and made you want to cry.

Even in my 20s, I had a pretty defined survival instinct. A few days earlier, we had both overdosed, and it was a matter of providence that one of us regained consciousness. The details weren’t all that important. The only important thing was that we needed help; we needed to not be around each other anymore. It was fairly obvious how this would end if one of us didn’t end it—immediately.

I remember she was speaking to me as I looked into those eyes—knowing in my heart what needed to be done. She was speaking as if where we were standing at that moment was where we’d always be standing.

She was talking about the most inconsequential details of our day-to-day, not having the slightest idea about what was to come next. The new living situation that I would be in, how she would be scrambling to find a way to pay the rent without me, how we’d move on to different people, and how much all of that was going to hurt. She was looking at me with those soul-giving (and sometimes soul-sucking) eyes and talking as if nothing was going to change.

And that night, after tears were shed—and names were hurled, and bargaining was attempted, and acceptance began to creep in and sit down like some oversized Buddha in the middle of the living room—there was sex.

The way our bodies felt together and fit together—even these many years later—was an experience I never again felt anything like. The passion and desire were translated through touches, so honest and truthful; the look of her goddess-like body wearing nothing but the seashell necklace I bought her on the Jersey shore earlier that summer. “Surely this was worth fighting for” was the thought I tried on as we laid there satiated and panting.

For years, this was the way sex was with us. I have since been in relationships where the sex was tender. There were times when it was sweet and loving. There were relationships where it simply became a release of tension after ignoring each other physically for weeks. But there was never another relationship where the sex was like that. It sometimes felt like we were born to be sexually connected. I knew, even then, that I was never going to have that with anyone else.

People tend to throw the word “toxic” around quite easily these days. I have no problem admitting to this myself. But when I use the term to describe what was happening between her and me, the word is not being used hyperbolically.

This situation was the true meaning of the word “toxic.” As in, one of us or both of us were going to die if we did not separate from each other. And, at that moment, as I looked into her eyes, it almost felt like this, too, would be fatal.

I am fortunate I am still here today to tell the tale. The tale of the time I walked away from the best sex I ever had in my life.