What Gaming can teach us about the Gender Roles we Play. 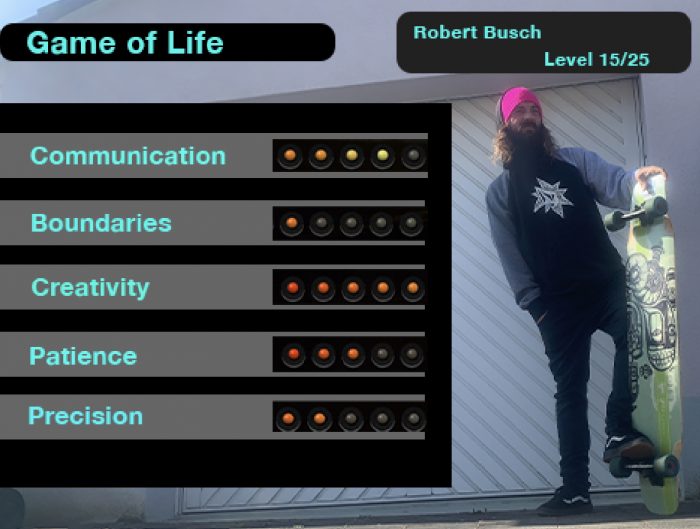 How do we prevent our strengths from becoming weaknesses?

Last week, I wrote an article asking “Mindful Men” to join the ongoing conversation on relationships, heartbreaks, and, of course, toxic behaviors.

I was excited to read what other men had to say because this is (unfortunately) not the type of conversation I am having with my buddies. Throughout the week, I had heard perspectives from fellow male authors I agreed with—and others I didn’t agree with.

And I was not alone with this feeling.

But then I saw the comments and concerns of my coworkers and readers. My first impulse was to defend the other dudes for finally speaking up—but then I asked myself, “Is this really helpful or of benefit to anyone?”

During my days off, I played one of my all-time favorite video games “Tony Hawk Pro Skater.” For those of you not familiar with this milestone of video gaming; you basically pick a character and virtually skate different locations in that role. Each of the characters has different strengths and weaknesses that determine their capacities and style—one can jump higher, the other is more technical in his tricks, and the next has more stamina; you get the idea. The longer you play with this character, the more it will increase or decrease skills in certain areas.

While playing that silly little video game, my mind went on a little journey, which is something many gamers can probably relate to.

“What if we are all just like characters in that videogame?”

In our case, it is not about who can jump higher than the other; it is about our strengths and weaknesses in life. We are all good at certain things and not so good at others. Apparently, some of these characteristics follow a similar pattern that creates the impression that “gender” is the determining factor in this.

I studied Sociology and Political Science in Germany. Coming from that background, I actually don’t believe in these traditional gender roles that are often portrayed in pop-culture or in arguments between men and women.

Sure, we can have a conversation with men telling women what they dislike and another argument with switched roles, but we would most probably end up being angry at each other.

Let’s shift gears and make this a positive dialogue. Instead of calling out imperfections, why not share things we have learned that could be of benefit? What if we can up each other’s levels in areas we are not so good at (yet)?

Why not look deeper than the gender perspective alone and look at it as humans?

1. Some are really good at making their case.

Once asked for their opinion, men just can’t stop explaining the world. I am aware of the irony that I am saying this as a male author. I know that urge to convince others of my viewpoint too well.

While this might be a strength, it can also be a weakness because it has the potential of offending others. When I use this characteristic to give others a voice, it can be empowering, but when it comes from a place of self-defense, it can be harmful.

2. Some are not so good at hearing the other side.

Especially when we perceive statements through the lens of our own life experience, we tend to miss the bigger picture.

Each one of us got hurt at some point in our lives, but it doesn’t mean that anyone who reminds us of someone who hurt us along the way is responsible for that. In many cases, prejudices arise from painful memories, but that is something to be aware of, not to dwell in.

I have to hold myself back reading some of the comments because these statements remind me of what my ex-girlfriends would have probably said. Who else knows this feeling?

3. Some are not so good at accepting disagreement.

When we share our deepest thoughts with others, we put ourselves in a vulnerable position, which can be a great thing if we are willing to learn from that.

I remember chatting with an author about his article; we were both scared of how readers would react. Thinking about this situation, I slowly started to understand how others might feel when they are uncomfortable in sharing their truth.

Just because we are willing to share our opinion doesn’t necessarily mean others have to agree. Freedom of speech also includes the possibility that others will heavily disagree—and that’s perfectly fine but not always easy to accept.

Obviously, these subtitles could have said “men” instead of “some”—but that’s the point. Why don’t we switch the narrative and stop asking “Who is worse?” and look at “What can we learn?”

I am not good at setting boundaries, accepting rejection, and keeping my emotions in check. But some might say I am good at making my case and convincing others in a passionate way—there are always two sides of a coin, and none of us are coins, anyway, we’re all much more complex than just two sides.

I know amazing humans who have the capacity to forgive others, truly express their feelings, and listen to others. But others say that these folks are naive, loud, and chatty—it is always a matter of perspective.

Men can have characteristics that are usually associated with women and vice versa—and that is awesome.

We have a long way ahead of us until our gender won’t be the first characteristic others look at, but I think it’s worth the journey. The binary view on gender roles might have perfectly described societies of past generations, but we are moving forward.

Just 50 years ago, it would have been unthinkable that we are discussing these topics on an open platform. Two decades ago, I was driven by toxic masculinity. One week ago, I thought we should separate male perspectives from female views.

We all learn. Let’s learn together.

I am asking you to share an article exploring a change of perspective and what made you learn that lesson.

My friend Matthew Busse started with this article on love bombing.

What did you learn? What can we learn from you to overcome the ongoing name-calling between men and women?