12 Quotes from 2 South African heroes that capture the spirit of Ubuntu. 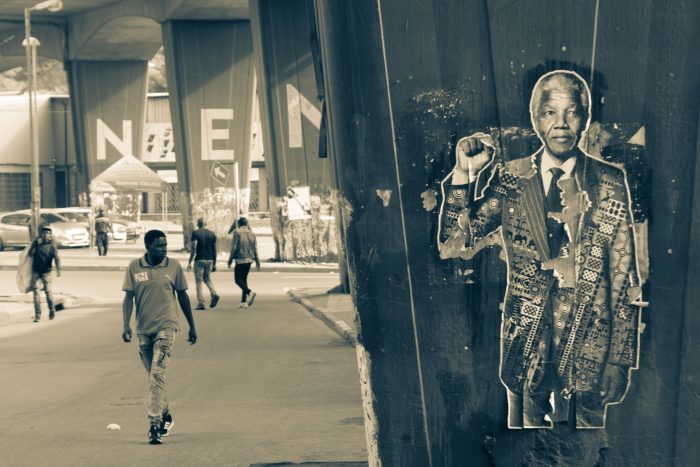 On this day, in 1994, Nelson Mandela became the first-ever president democratically elected by all the people of our beautiful, troubled, “rainbow nation.”

It was a day many fought, died, or lost years of their lives to bring about—most famously, Mandela himself, who spent 27 of 95 years in prison.

I still remember that day. I was 12 years old. I remember the queues that snaked peacefully, solemnly, joyously far out of each voting station. I remember the whispered fears of civil war or genocide or both that some members of the White minority of South Africa harbored coming to an anticlimax as people simply wielded their most powerful weapon: their right to vote.

Twenty-seven years later, we remain a beautiful, troubled, “rainbow nation.” Corruption, incompetence, and greed plague many parts of our government and national institutions. Poverty and lack of education grind away at equality and human rights. In the face of these struggles and despite the weighty baggage of our racist history, we are also heroic, resilient, tolerant, and compassionate.

Ubuntu is a Nguni word.

It has several layers of meaning and various interpretations, but the essence of it is “correct behaviour,” specifically, in relation to other people—in relation to community. A person who behaves with considerate awareness toward others is said to have ubuntu. Ubuntu can also be interpreted as our spiritual connection with one another, our interdependence.

No, the wounds of Colonialism, Apartheid, and White Supremacy are not yet healed—not in South Africa, and not in the wider world. We have much work to do, and we can only do it together.

Reconciliation and reparation are our collective responsibilities. Democracy is precious. Freedom is only real when it is shared. None of us is truly free until all of us are truly free. Nelson Mandela and Desmond Tutu embodied this philosophy of shared humanity.

12 Quotes from two South African heroes that capture the spirit of Ubuntu.

“A person is a person through other persons. None of us comes into the world fully formed. We would not know how to think, or walk, or speak, or behave as human beings unless we learned it from other human beings. We need other human beings in order to be human. I am because other people are. My humanity is bound up in yours, for we can only be human together.” ~ Desmond Tutu

“What counts in life is not the mere fact that we have lived. It is what difference we have made to the lives of others that will determine the significance of the life we lead.” ~ Nelson Mandela

“Differences are not intended to separate, to alienate. We are different precisely in order to realize our need of one another.” ~ Desmond Tutu

“For to be free is not merely to cast off one’s chains, but to live in a way that respects and enhances the freedom of others.” ~ Nelson Mandela

“Forgiving and being reconciled to our enemies or our loved ones are not about pretending that things are other than they are. It is not about patting one another on the back and turning a blind eye to the wrong. True reconciliation exposes the awfulness, the abuse, the hurt, the truth. It could even sometimes make things worse. It is a risky undertaking but in the end it is worthwhile, because in the end only an honest confrontation with reality can bring real healing. Superficial reconciliation can bring only superficial healing.” ~ Desmond Tutu

“There is no easy walk to freedom anywhere, and many of us will have to pass through the valley of the shadow of death again and again before we reach the mountaintop of our desires.” ~ Nelson Mandela

“There comes a point where we need to stop just pulling people out of the river. We need to go upstream and find out why they’re falling in.” ~ Desmond Tutu

“Overcoming poverty is not a task of charity, it is an act of justice. Like Slavery and Apartheid, poverty is not natural. It is man-made and it can be overcome and eradicated by the actions of human beings. Sometimes it falls on a generation to be great. You can be that great generation. Let your greatness blossom.” ~ Nelson Mandela

“When we see others as the enemy, we risk becoming what we hate. When we oppress others, we end up oppressing ourselves. All of our humanity is dependent upon recognizing the humanity in others.” ~ Desmond Tutu

“It is said that no one truly knows a nation until one has been inside its jails. A nation should not be judged by how it treats its highest citizens, but its lowest ones.” ~ Nelson Mandela