Every Vote is a Celebration of Freedom. 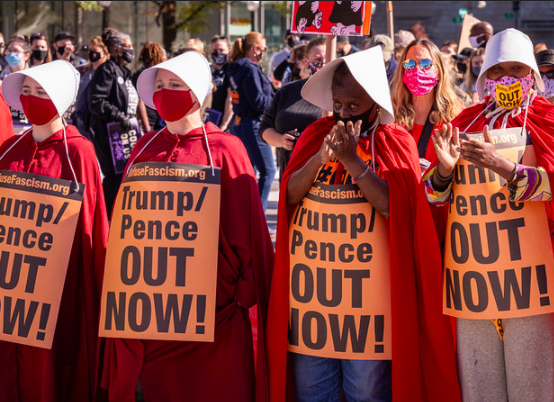 And if we lose this vote, we should prepare to relinquish it.

Sometimes it is only when we are on the brink of losing the things we love the most that we realize their role in shaping our lives. A beloved partner about to leave, a parent on their death bed, a home city we might be seeing for the last time—it is often only in the parting that we discover their meaning.

Hence, it is little surprise that as the right to vote comes under threat, Americans are finally recognizing its preciousness. Yet, like a love that might walk out the door forever, understanding its importance and the role it plays in our lives may do more to keep it from going than begging and pleading to get people to the polls.

Voting is the quintessential institution of democracy. Freedom of speech and assembly, and the division of powers, may be necessary for it to work effectively. Yet, without the right to vote, it is scarcely a democracy, for, without the vote, citizens are subject to the arbitrary abuse of authority—and when left unchecked, abusive authorities will stop at little to enslave us to their interests.

As Plato noted, the law is a window through which the state is stolen—and through the state, they can deprive us of the things that matter most in our lives.

It was not until the last few years that Americans got a sense of what it might mean to live under arbitrary authority. We knew that politicians profited from their positions and that laws were often shaped in the interests of corporations. Yet, we expected it to occur, at least most of the time, under the auspices of the law. And we expected leaders to serve our interests—at least most of the time.

What we could not imagine is that our leaders would try to obliterate any semblance of the law in order to transform the state into a mechanism of their own enrichment, and we could not imagine they would seek to subordinate our very conception of reality to their own megalomaniacal aspirations. And yet, if we have learned anything these past few years, it is that some leaders will stop at nothing to further their interests.

And while few are so brazen as the Assadists in Syria, who responded to the outbreak of protests with the slogan, spray-painted on walls across Damascus, “Assad or we burn the country,” before they bombed their cities to rubble in an effort to maintain power, Trump has given us a glimpse of what it looks like when a despised leader would rather see a million people die than govern effectively if such governance means a slight drop in his favorability ratings.

Hence, it should not surprise us that the question of whether we will lose the right to vote has come to a head around the upcoming elections, for it is only in choosing the representatives who shape our institutions that we can begin to get a handle on the course of our collective futures.

Voting protects our freedom by giving us a say in who writes the laws that shape the institutions which mold our lives. Hence, it is through voting that we initiate the process of making a world together.

Institutions mediate our experiences from the moment we leave the womb, in a private hospital, which fails to cover our healthcare costs, to the moment we enter the grave in a casket whose dimensions and materials are shaped by government regulations. And while institutions are influenced by norms, they are ultimately governed by laws—and while voting might not allow us to write the laws, it frees us from domination by giving us a choice in who does.

The philosopher Philip Pettit notes that when people speak of freedom, they are usually mean freedom from domination. This might mean freedom from abusive police powers or sexual harassment. But it might also mean having the money to represent your interests in court or the choices needed to leave an abusive spouse. It might mean having the education needed to think for yourself or the market access needed to start your own business. Freedom from domination protects and empowers us, but without the ability to choose our governments, we will be dominated by whatever arbitrary forces can mobilize the violence needed to steal the state.

Yet, there is another side to voting that is less protective and more celebratory.

Even when the choices are limited, voting is a performative act of freedom, proclaiming our values while demonstrating our choice of representatives. Voting is a national rite that celebrates and affirms our freedom by deepening our identification with it, and in this sense, it is constitutive of our identities. By freely electing our representatives, we protect the freedom to say and do as we please, but we also assert the kind of world we want to live in.

Voting is a ritual of renewal through which citizens collectively transform their fate. It affirms our ability to transform our institutions through new representatives and coordinates our collective mobilization for change. Elections institutionalize revolutions and give the government seal of approval to the very movements threatening their rule. They might not be enough in fledgling democracies, lacking the cultural and political institutions needed to consolidate democratic institutions, and they sometimes become occasions for conflict. Yet, even in the darkest dictatorships, where elections are a facade, they have been known to coordinate the resistance needed to remove autocrats from power—and in Serbia in 2000, nonviolent strategy and a solid electoral coalition even removed a genocidal dictator.

But the process of voting requires that we cast countless votes in studying the issues and candidates, following the debate, and helping to shape it. The way we discuss the candidates’ influences their momentum and our engagement impacts the support they receive. Enthusiasm matters because it turns the tides in close elections, but stoking it means reading, watching, talking, sharing, posting, tweeting, and raving. Elections are won by whoever has the guts to call more strangers, knock on more doors, donate more money, and argue with more friends.

In this way, a thousand little votes are cast in the process of making up our minds and influencing fellow voters. The process of learning about the candidates and issues takes us out of our own petty worlds. It grounds our compassion in action, and it sweeps us up in something greater than ourselves. In this sense, voting is the culmination of citizenship, and it sets in motion the whole democratic process.

Americans have the opportunity to change their fate through the simple act of voting in this election. We have the capacity to reaffirm our commitment to democracy and reassert the inclusivity of our national identity. Beating Trump might not be enough on its own, but it can galvanize resistance and spearhead a peaceful transition of power. At stake is nothing less than the fate of democracy in the most powerful nation in the world and with it perhaps the future of democracy itself.

As Noam Chomsky has repeatedly made clear, the election before us is probably the most consequential in human history. So, vote like the future of freedom depends on it.

If you liked this article, please check out my book, The Fascism This Time: and the Global Future of Democracy. ~ Theo Horesh

The Spirit of Democracy Can Save This Country. The Last Gasp of a Drowning Man. The Fate of the World Now Hangs on your Shoulders.
See relevant Elephant Video