The Verdict wasn’t Justice. It was Accountability. 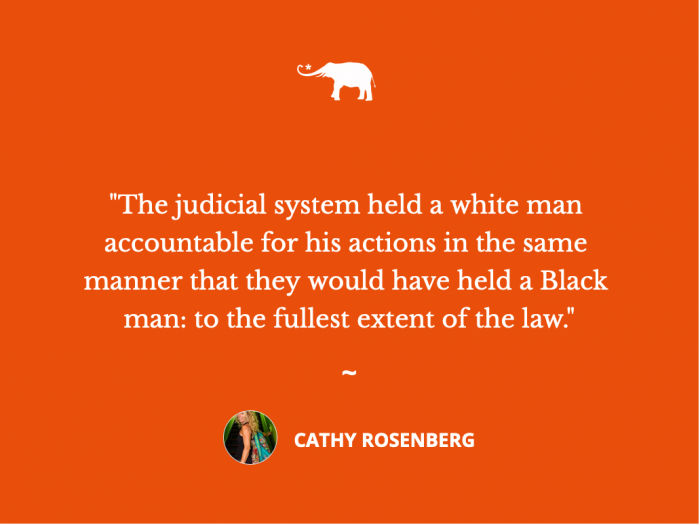 I texted my daughter Eliza yesterday afternoon at 5:06 EST about flights for her trip home in May.

She responded, “Watching the verdict—will call after.” I ran to witness this historic event in the making. What kind of history would it make? We’re a CNN household. This may tell you a bit about where I stand on social issues.

It was a moment, like all the other moments. We all held our breath—by choice. George Floyd’s breath was snuffed out as this grown man pleaded for his mother. It hurts even as I type the words.

If a Black man sat with his knee on a white man’s neck for even one minute, my guess is, he’d be a statistic. Yet, this white officer crushed the life of George Floyd.

He kept his knee on George’s neck for 3.5 minutes after he drew his last breath. All of this in plain view—as his colleagues watched. Did they pull him off? Did they call for backup? They may as well have had their knees on his neck.

The question so many of us asked ourselves leading up to the verdict, “Would the system call out one of its own?”

Would a blatantly obvious bad egg have to fry?

It’s uncanny that it was even a question. How many days in court did the lawyers need to explain what happened? We all saw it, but we’ve seen it so many times before. We’ve seen it over and over to the point that we are numb. Nothing really shocks us anymore. Yet, no matter how many times I watch the footage of “I can’t breathe,” I am in agony. It feels like his knee is on my throat.

The verdict wasn’t justice; it was accountability.

Note the world of distinction between the two. The judicial system held a white man accountable for his actions in the same manner that they would have held a Black man: to the fullest extent of the law. The outcome of this trial actually felt just. And, for today, that’s a victory. It’s a feeling we’re not entirely accustomed to as it relates to racism and social justice. People didn’t celebrate; it was more a collective sigh of relief.

This evening could have looked so different had the jury foreman read the words, “Not guilty.” There could have been violence, fires, and a variety of other forms of social unrest—a nice name for protest. All hell could have broken loose last night based on history, or there could have been a sense of collective vindication.

People didn’t celebrate; it was more a collective sigh of relief. The BIPOC community is tired. I am white, and I’m tired. I’m irritated. I’m incensed.

Why do we live in a world that expects us to be grateful when someone does the right thing? Why don’t we assume that justice will be just? The short answer is: because it hasn’t been. The Golden Rule has been broken so many times it’s lying in pieces on the ground.

As the world celebrated the verdict, another murder by police happened in Columbus, Ohio. This time a child.

“Ohio police officer shot and killed a black teenage girl holding a knife, police say, and bodycam video shows… Columbus, Ohio police prejudice isn’t limited to civilians: they’re battling it too. The video shows a teen quickly move toward another girl with what appears to be a knife, and the girl falls to the ground. The officer tells her to, ‘Get down! Get down! Get down,’ and then fires four shots in the direction of the teenager.”

Where was the de-escalation? Did the officer try to engage the girls involved in this altercation? I don’t think we have enough information to presume guilt, so I will hold my tongue and my judgment. I am a civilian living in this country entitled to be asking what I believe to be reasonable and necessary questions. Where are the checks and balances in the system?

Would I want to be that officer making those split-second decisions? Not in a million lifetimes, but I have not chosen law enforcement as my career. I was the little girl who waved at police cars as they drove by. I admire and appreciate the police officers who do their job with honor and integrity. They lay their lives on the ground at the beginning of every shift to keep us safe. When I am in danger, they are who I call. However, if in some alternate existence one of my family members was relying on the discretion of a police officer’s judgment in the heat of the moment, I’d be nervous.

We send a police officer out with one tool, a gun, and many are using it as the first line of defense. If I was in charge of gun control in this country, the first place I’d start is with police. Where is the step in between arriving and shooting? Where is the training for them to have alternatives to killing? Body cameras document these heated situations, and yet they remain a daily occurrence. The stomachache I used to get when I heard about a tragedy is now just a sigh of despair.

We must not become complacent.

George Floyd could be someone we know and love. Would it feel unacceptable then?

“In London, more than 90 percent of the capital’s police officers carry out their daily duties without a gun. Most rely on other tools to keep their city safe: canisters of mace, handcuffs, batons, and occasionally stun-guns. This is no accident…The Metropolitan Police carried out some 3,300 deployments involving firearms in 2016. They didn’t fire a single shot.” ~ Alexander Smith, NBC News

No matter the weapon, excessive force, a bullet, a fist, our country is in crisis. The bottom seems to have fallen out of “equality before the law.” According to Wikipedia, this is the principle that:

“Independent beings must be treated equally by the law, and all are subject to the same laws of justice, due process.”

Where do we go from here? How do we right the wrongs? How do we instill in all people that “justice for all” is not just three words in the dictionary?

How can we allow police to protect and serve but not become judge and jury? I have seen enough injustice to make me angry, ashamed of how POC are treated, and hungry for change. It is important to continue to hold justice to a standard that is higher than mere accountability.

The verdict yesterday won’t bring George Floyd back. He didn’t walk through his front door last night and scoop his daughter up in his arms, saying, “I’m home. It’s over. Justice has been served.” We are putting Band-Aids on gaping wounds and expecting them to heal.

“Justice will be when getting killed by police is no longer a leading cause of death for Black males in America.” ~ Unknown 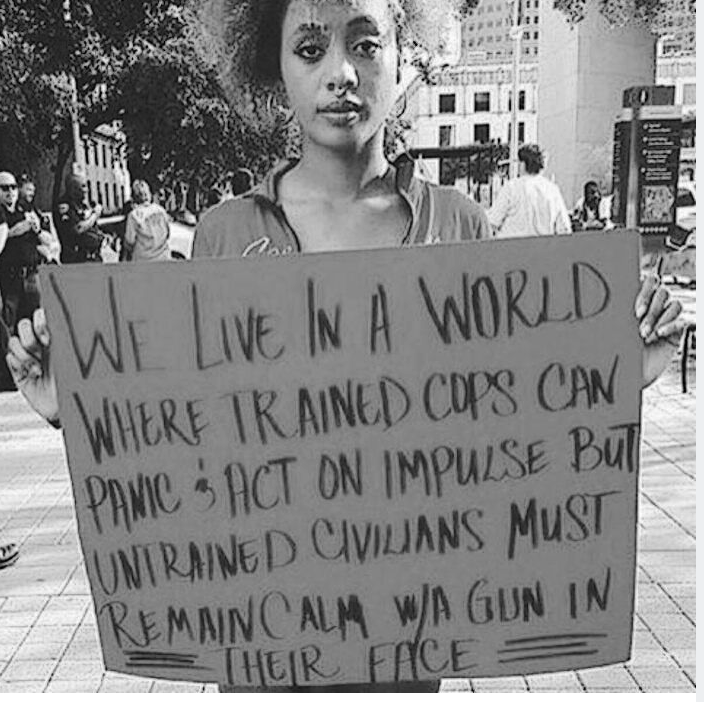 What happened on that street was wrong. It feels good to be able to tell my kids that there was accountability. Humanity wins. ?? #GUILTY pic.twitter.com/UqaO1pkWx8

People are not just talking; they are speaking out.

Hold people in positions of power accountable for their actions; elected officials, police officers, and officers of the court.

We need to insist that the definition of justice is the baseline for accountability for all.

A concern for justice, peace, and genuine respect for people.”

Here’s what’s next for Derek Chauvin: