Becoming a Widow at 24—& the Journey of Grief. 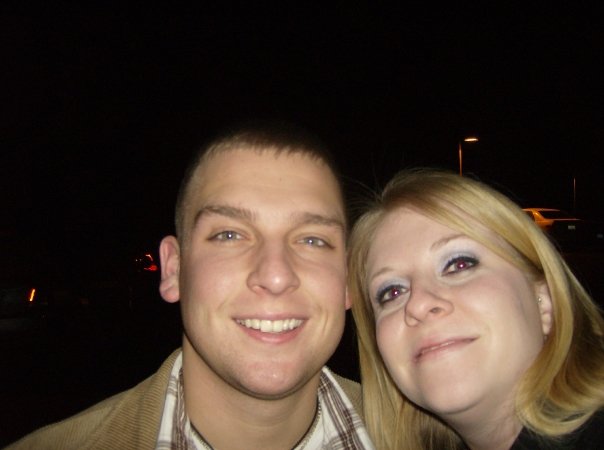 It changed my life forever.

It started on July 2, 2008. After a brief conversation (with my fiancé) about the beef stew he’d put in the Crock-Pot, it was decided that he wouldn’t be coming home just yet.

That was our last conversation. The last words I spoke to him: “You’re making my heart hurt; why can’t you just come home and eat dinner with me?”

He was going out drinking with his friends again. It was something that we argued about frequently. Yet, it was really the only thing we argued about—we were madly in love. We simply adored each other.

On that night, he wouldn’t make it home.

The knock on the door that evening could have been anyone, but it was a local sheriff.

“There’s been an accident…He’s been airlifted to the ICU.”

I remember they needed his driver’s license. I frantically searched our apartment while the sheriff stood awkwardly at the front door. They weren’t able to identify him because they couldn’t find his wallet. We never did find it.

Over the next two days, I sat at his side and prayed. I wasn’t extremely religious, but I didn’t know what else to do. I mean, how could God take such a young, promising man from this world? That didn’t seem possible at all. Certainly, if I prayed hard enough, all this would go away and we could return to our normal everyday lives.

I vividly remember collapsing in that cold, dimly lit hallway, screaming and shaking. After talking with the organ donation coordinators, I realized that he wasn’t coming back. Nothing would ever be the same.

On July 4, 2008, Jason was pronounced dead after being in a coma for two days. That day is seared into my memory.

I was hospitalized in 2013 for a suicide attempt, after years of trying to shove down my emotions. It wasn’t until after being released from the hospital that I truly began healing my grief. I finally allowed myself to feel the pain of losing my partner. A pain that not many could ever relate to at such a young age.

You see, there isn’t much talk about young widows. It’s just not that common. Therefore, the isolation was immense. Not only was he gone, but I also had no one who could relate.

Fortunately, I found ways to heal my pain through years of therapy, spiritual healing, education, and more. Now, I count my blessings that I made it through that hell. I could have chosen a much different path, and I almost did. I almost let the depression and anger swallow me up whole. The darkness I felt after losing him felt insurmountable.

Today, I have an amazing husband and beautiful daughter. I count my blessings every single day.

But wait, that grief doesn’t just go away. You don’t just completely forget about that painful journey. Triggers happen.

In the beginning, triggers happened often. A country song would come on the speaker in a grocery store, and I’d have a meltdown in the middle of the cereal aisle. I would see a jeep driving down the expressway (the same kind of vehicle he was driving in when he died) and I would have to pull over because I was having a panic attack.

But it’s been 13 years and those triggers are fewer and far between. Mostly I smile now when I see those signs because I feel like it’s him saying hello.

Yet, an unexpected trigger happened recently. One that hadn’t really crossed my mind. One that rocked me so hard that all the pain of losing my fiancé felt as if it had happened just yesterday.

Within seconds, that black cloud shrouded over top of me; I began to hyperventilate. The pain felt just as immense as it did the first time.

Yet, this time I’m different. I’m not that same young girl. After letting myself feel that intense emotion for a good 30 minutes, I took a lot of deep breaths and sat with my husband and counted my blessings.

With my daughter sitting on my lap, lovingly laying her head on my shoulder, I realize that I’m strong because of the grief I’ve felt and allowed myself to heal.

Grief isn’t something that will ever go away. Yes, it gets easier and the triggers do lessen.

We are human beings living a spiritual existence and no one said it’d be easy. But we do get to choose how to react. I’m allowing myself to experience the grief without judgement and shame. I am also leaning into my faith this time around, so I can be supportive of my baby cousin when she needs me.

If you are going through a grief journey, be gentle with yourself. Allow yourself to process the emotions; don’t shove them down.

The key thing to understand about grief—it’s erratic. It can pop up its ugly head at any time, no matter how much time has passed.

If you experience a trigger after years of healing, just know that it’s normal and okay. 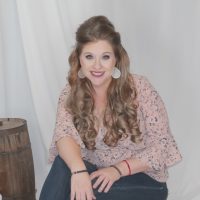 Kristina Bentle is an author, inspirational speaker, and founder of Awakened Mom Life. She is also a mother, wife, and spiritual being. She’s a voice for the Divine Wis… Read full bio