A Response to Ace Metaphor’s “Why Men Cheat.” 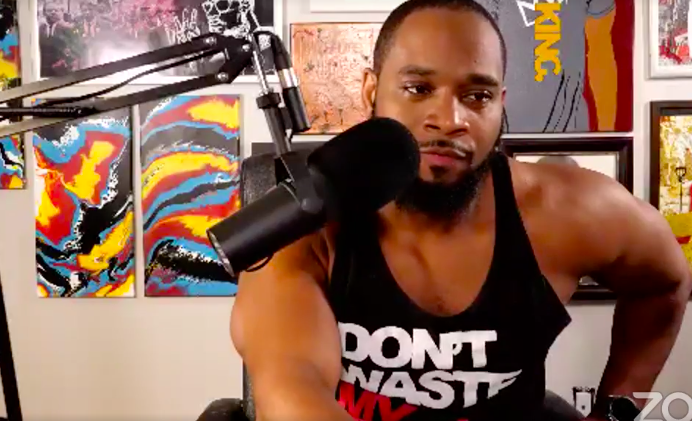 I’ve seen a lot of posts and videos about why people cheat.

I guess some famous guy got busted cheating on his wife of 12 years or something and now, of course, the internet is blowing up about it. I don’t know if any of you follow Ace Metaphor or not, but he has had a few videos touching on this. This morning as I was getting ready, I was watching one about why men cheat, which is problematic from the start because the implication is that women don’t cheat. But that’s a whole other issue that I’ll touch on in a minute.

His reason for men cheating was basically two key points:

So, I’m going to unpack this.

Secondly, okay, I’ll go with the idea of cheating being normalized in childhood to a degree. But when you’re a grown-ass man? You should know that it’s not something that’s okay to do.

We’re all raised in different ways with different examples being set for us. Our abilities to love and respect people, along with our desires to be loved and respected, are pretty universal, though. This thought goes along with so many aspects of life for me, too. We all had things in our childhood that hindered us and trained us to believe or think a certain way, but guess what? At some point in time, our issues are no longer our parents’ fault. We have to take responsibility for what we do and how we treat people across the board.

I know that people have a lot of messed up childhood trauma that will certainly affect them into adulthood. It will shape how you respond and react to situations. I’m not saying, “Get over it already.” I’m saying, don’t use it as an excuse to be a shitty human being. Don’t use it as a way to always be the victim. Rise above and live your life as the best human being you possibly can.

And now I’ll get down off my soapbox about it. But I know plenty of people (myself included) who have been through some really messed up, traumatic stuff. But they’re wonderful human beings. They don’t use that as a crutch to be a hateful, spiteful, terrible person.

The other side to why this bugs me so much is that people always focus more on men cheating—as if men never get cheated on, which I have a lot to say, but really I don’t need to say anything. See above about not being a shitty person.

Here’s the thing—and I’ve been wanting to touch on this for a while now—why are we all in such a big damn hurry to be tied to, connected, and “owned” by another person romantically?

(It’s rhetorical; I have my theories.)

I’m aiming this at myself just as much as anyone else, so don’t think I’m being preachy. It’s a recent revelation of how “toxic” this is to us. We claim others as our own before we really know them. We jump into bed and bond with them physically and emotionally before we know if that’s a safe thing to do. We’re in such a hurry to belong and not be single and be attached that we ignore a whooooole bunch of stuff that we should have really stopped and paid attention to.

In the end, we wind up hurting ourselves much more than was ever necessary because of this.

I’ve always been pretty quick to jump into the physical aspects of dating and relationships because that was part of the acceptance. Especially after I came out as being trans. Like I needed that validation and I got it in that way. Every other aspect was a shit show, but, hey, the sex was good (enough) so why pay attention to warning signs? (Yes, sarcasm!)

After my last ex got sent packing, I decided that I wasn’t going to do that anymore. Dealing with the rejection and disrespect and everything else that came with those relationships was too much. I was 37 years old and completely over going through that. I’m not a person who’s afraid of being alone; I love to be alone, actually. I’m an only child who grew up in the country—I’ve got being alone on lock, believe me. But I also have always known that eventually someone would accept me and love me exactly where I am with exactly the past and trauma that I have and that it would be pretty easy.

So, when I was single and ready to date again, I made a promise to myself not to get physical for a while. Luckily for me, my dysphoria makes that easier, but still. I knew it was something I needed to do so that I could have a relationship with someone I’m compatible with on a spiritual and emotional level and not just someone whose physical touch I enjoyed.

You know what? It’s paying off.

When we rush into the physical, we mistake physically feeling good for being in love. For having connections with people who we aren’t actually compatible with. Tying this back into the cheating theory: I think this is why cheating happens so much. Because when you get past the orgasms, when shit gets real, you aren’t connected to that person enough to stick around when things aren’t fun. That is where relationships are built. During the harder times. People just don’t want to put in the work.

Put in the work. Be patient physically so that you aren’t blinded by feel-good hormones into thinking that red flags are okay. Because they’re not. If you see warning signs, stop, dig it out of the ground, and evaluate it. Don’t be afraid to leave. Because if you don’t when you first get the twinge not to, then you’re going to wind up hurting yourself much more in the end because you stayed in a toxic relationship.

Let’s take better care of ourselves and of each other. 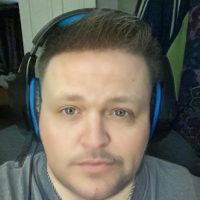 Heath Bradley is a trans man living in an area that has minimal understanding of what that means. Musician, artist, lover, hubby, friend, brother, empath, neverendingly search… Read full bio