Why People Cheat (& 13 Warning Signs to Look out For). 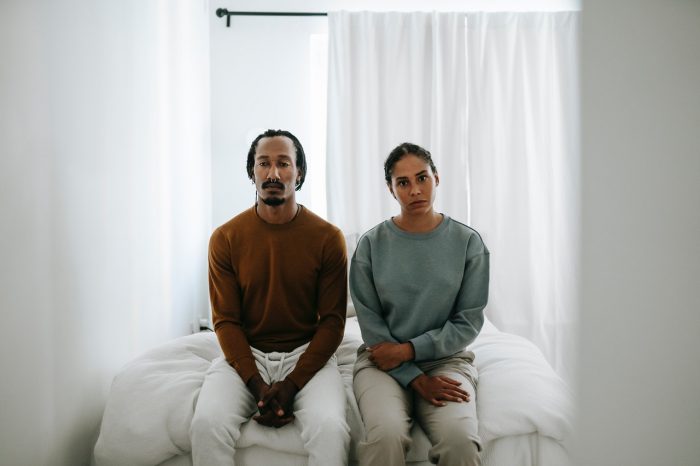 We’d been together for years, and it felt safe, which is why it was a complete shock.

I couldn’t find a valid reason even when he kept insisting on the fact that he couldn’t control himself and that it was nothing but a mistake.

I was not able to forgive him because I knew that when cheating happens—even if we pretend everything will be okay and that we’ve moved on—the soul is scarred and the bond is broken.

I was disappointed and bitter. I felt he made me look like a complete fool. Only when we develop trust issues, can we assess the damage that cheating causes. Cheating is damaging to both parties since the one who cheated ends up feeling guilty, as he broke the trust of someone who gave it to them.

People who cheat oftentimes regret it, and the act takes a toll on their psyche. They might even hurt themselves and lose their self-confidence.

Cheating can happen in many ways and forms. We can never judge whether a gender cheats more than the other since human nature can be instinctive and blinded by desire—a man could be tempted by beauty while a woman could be swooned by poetic words. An innocent thing might drag on and lead to an affair in no time.

Here are some of the most common reasons behind cheating:

>> Not fulfilling the other partner’s physical and emotional needs.

>> The Peter Pan syndrome where grown men tend to act like young adults.

>> The gap between both partners due to the spiritual growth of one partner and not the other.

>> Dealing with everyday problems and often seeking solutions in a friend who’s not usually the partner.

>> Lack of communication and common values.

>> The educational gap that starts when one of the partners is becoming more mindful whilst the other is stuck. The communication becomes harder with each passing day, especially when the way they deal with problems and issues become more and more different. When one (or both partners) starts filling that gap with a friend or a colleague, the relationship eventually evolves over time into an affair.

>> Unhealthy jealousy and possessiveness. Jealousy in normal doses is a sign of love and can spice up any relationship. However, jealousy can also be destructive when one partner starts doubting every action, word, move, outing, or phone call. This ongoing stalking and searching for hidden secrets will take its toll on the relationship, especially when no evidence is ever found.

>> Addiction to cheating. When one partner finds adventure, entertainment, a let-out in affairs among other things, the other partner has no choice but to leave. Sometimes, the cheating goes on for years.

>> The difference between the image in one’s mind and the real partner. Many people are shocked after living with or marrying someone because the image they had in their minds was totally different from who they truly were. This kind of disappointment and reality check lead to finding solace in the arms of another.

>> Cyber cheating made micro-cheating accessible. Many people nowadays who hook up on the different dating apps believe that whatever they are doing cannot be called cheating. They blame it on the dull sexual life they’ve been leading with their partners.

Here are some signs to look for:

>> A major behavioral change
>> Lack of attention to the other’s needs
>> Lack of flirting and affection
>> Not going out and spending time together
>> Lack or absence of sex
>> Spending too much time outside
>> Taking extra care of one’s physical appearance all of a sudden when going out
>> Hiding the phone and putting passwords on all apps
>> Giving negative comments on anything related to the other
>> Disagreeing more often with the other
>> Forgetting anniversaries and important dates
>> Avoiding visiting family members or common friends
>> Avoiding conversations about children, family, home, and so on

Personally, I would never go back to a person who cheated on me. I cannot forgive them or move on, especially when lying and manipulation happened. “Once a cheater, always a cheater.”

A lot of people are separated even when they’re still living under the same roof. Everyone deserves happiness and peace; thus, do not shy away from claiming what is already yours.

Sometimes, a sincere and honest conversation is all it takes to open up and forgive. An explanation, a confession, or an apology might give both partners a second chance. Sound judgement here is extremely vital, as it plays a role in determining the future of the relationship.

I also believe that open communication, mutual respect, mindfulness, and respecting each other’s differences can lead to enjoying the company and friendship that our partner offers.

When rational decisions instead of emotional ones are taken, doubt and the constant reminder of cheating will not affect the relationship as much.

Before we end up looking for what is missing somewhere else, let us take a minute to ponder on the fact that cheating can easily become a destructive cycle, and we can easily be tempted with the sweet taste of honey that will come back to us each time we see a different bee. 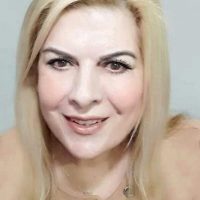 Eleonor Youssef is a Lebanese poet, writer, and painter. She published four books in her golden years. She studied English Literature, and she still goes to college on a progr… Read full bio