You Know the Truth by the Way it Feels. 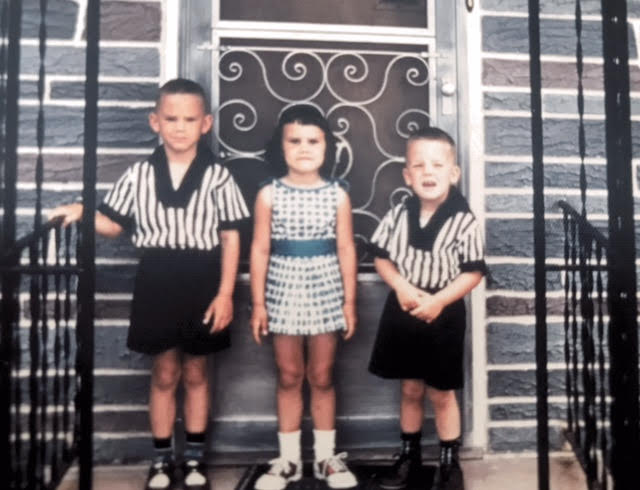 When I was 10 years old, my brother set fire to my sanctuary and burnt it to the ground.

Others believed it was simply the field across the street, nothing of value, but I felt differently. My education in this sacred place gave me firsthand knowledge of things much larger than myself; I absorbed it through my pores.

It was here where I walked through tall grasses and clusters of maple, cedar, and box elder trees. Here, where I built an altar of stones, bark, dried leaves, and lichen.

There was a bowl in the land that held my small body perfectly while reading John Steinbeck’s books, The Red Pony and The Pearl. I would lay there for hours listening to the wind, birdsong, crickets, and cicadas. I would stare at the clouds and watch how they grew heavy with the moisture of a developing storm.

I would count the seconds between thunder and lightning. When it rained, the land smelled alive and earthy. Time stood still here, so welcoming and peaceful. I could have my own thoughts. It defined a sense of home and my place in it. I was not lonely here. I felt held. Each season taught me how everything changes without resistance. There was no beginning or end, simply a continuum.

Family life, however, was not peaceful. I could not have my own thoughts. My mother ruled with a firm hand, and you never questioned anything. What to do and what not to do were the foundation of my family structure. There were rules that must be followed, and these were not negotiable.

As a child, I trusted what my parents taught me: You took your shoes off at the door, you made your bed, you picked up after yourself, and you did the dishes. You respected your elders, said please and thank you, but above all, you always told the truth. Right and wrong were black and white, so you always knew which side to be on.

I remember my brother running into the house in a panic: “The field is on fire!”

Someone had already called the fire department. We heard the sirens in the distance. Within minutes the police and dozens of neighbors stood across from the field watching the firemen direct their hoses onto the fire. It took over an hour to extinguish the flames. I stood there in horror—tears streaming down my face—watching my sanctuary go up in flames. No one asked why I was crying.

Once the fire was out, two policemen along with the fire chief came into our yard to talk with us. Someone had seen my brother running from the field. I watched my mother put her hands on my brother’s shoulders. “That’s not possible, he was inside with me this afternoon.” My mother’s lie stunned me in its casualness.

The aftermath of this event was never discussed. My brother was not punished. We pretended it did not happen. I never felt the same about my mother. For weeks, each time I stepped out of the house, the smell of the blackened field filled my nostrils with shame, and my heart with a heaviness that would not leave. I had learned the cost of family loyalty and could not stomach it.

From then on, my public persona and my private life were at odds. I became an outlier. I feared judgment from others. As an adolescent, it became more and more natural to keep to myself. I could not risk exposing myself to others. As time went on, this way of being in the world became a habit, more ingrained with each passing year. I was depressed for most of my childhood. When the tension between my two disparate selves became too much to bear, I knew I had to do something.

When I chose to enter therapy, I made a commitment to myself to exercise complete honesty. Without this commitment, I could not make the headway I desired. There were a lot of tears as I peeled back each layer of protection. As a child, I was simply surviving within our family structure. As an adult, I learned the responsibility I had for myself.

Why was I giving away my power?

I started telling myself that I am the only one who ultimately knows my worth—what I am capable of—and how to learn from my personal history. As I became more tolerant and kinder to myself, my empathy toward others deepened.

I have developed confidence in my own truth. I have started the journey of communicating this truth to others, regardless of how it is received, one day at a time.

I know the truth by the way it feels. 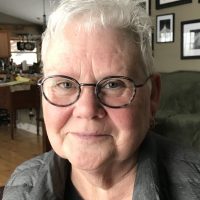 Kim Sanwald is co-owner of Brickyard Farms, LLC with her wife Val Lane in Cloverdale, Michigan. She is the author of essays, short stories and poetry, along with two cookbooks… Read full bio