Acceptance isn’t Enough—We Have to Create Meaning from Loss. 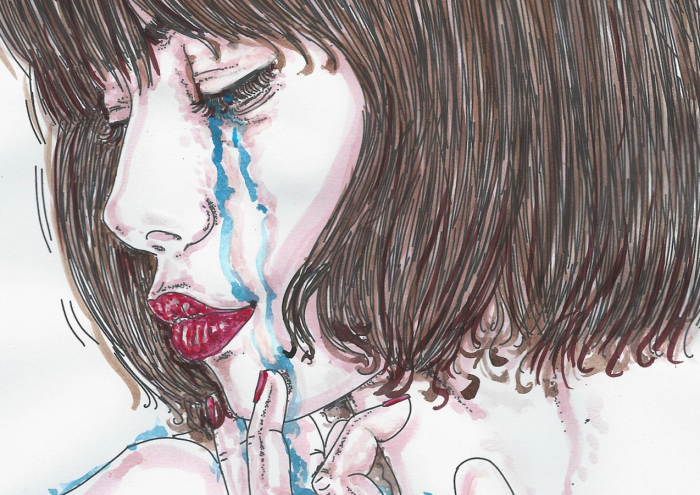 Most of us are probably familiar with the “Five Stages of Grief.”

They were laid out by Elisabeth Kübler-Ross and David Kessler in their game-changing book, On Grief and Grieving: Finding the Meaning of Grief Through the Five Stages of Loss: denial, anger, bargaining, depression, acceptance.

But did you know that a sixth stage was added in Kessler’s solo-authored book, published in 2019? It’s called: Finding Meaning: The Sixth Stage of Grief.

In this book, Kessler posits that acceptance is not actually the final stage of the grief process; for us to truly heal, we need another stage: making meaning out of our losses.

When a friend recently mentioned this book to me, I felt an immense sense of rightness about this addition of meaning-making because this is exactly how the process of finally alchemizing my loss into daily wisdom unfolded in my life.

My most painful losses at this point in my life have been on the business/dream front. Due to conflict in one and chronic illness in the other, I’ve had to walk away from two businesses that I had expected to be permanent sources of purpose and validity in my life.

After these losses, I did move through the traditional stages of grief—not as a linear process but as a slowly untangling web of pain—with the guidance of qualified practitioners. These were wise women who let me feel, embody, and express my denial, anger, bargaining, and depression completely, whenever and however they arose.

Acceptance didn’t go far enough when I still felt betrayed by my own soul whose purpose and guidance I was sure I had listened to and followed.

It didn’t go far enough when I didn’t immediately “find something better,” as so many told me I would.

It didn’t go far enough when I now had to struggle with the fear of whether society even wanted my contributions—a fear that hit at the core of my human need to belong.

Though I had accepted my losses, I was not confident, nor did I have the courage to try something so bold again. And if someone brought up my losses in casual conversation, my body still responded defensively as I tried to come up with easy-to-explain reasons. It was still too taxing on my emotional body to explain the confusing mixture of relief, anger, and disbelief that comes alongside the ending of a dream.

So, tentative acceptance was the place I was at when I began writing these stories in my book, Embodying Soul: A Return to Wholeness.

I began by dialoguing directly with my soul about my pain:

“Because I listened to you, I’m no longer a yoga teacher or a business partner. I have no purpose, no value, and am making no contribution. Everyone’s always talking about following their souls, but I followed you straight to failure. Because of you, I am nothing, as I always feared. Explain to me why this experience has hurt so much and for so long.”

“People lose businesses all the time and go on to the next chapter in their lives, hardly blinking an eye. Why can’t I?” I implored.

While I had “accepted” my losses, I still had not yet found meaning in them. So I dove back into these stories and soon discovered that pain was still trapped in my body, bitter betrayal still sat on my tongue, and behind it all—there remained a deep fear that I had “followed my soul” into failure. While I no longer might’ve placed blame on others, I did still hold resentment against my soul. I no longer trusted my instincts or my inner voice as I once did.

I now realize I wrote this book to instinctively work through this sixth stage and create meaning from my experiences of loss.

When I wrote the passage in my book, I knew that I had emerged on the other side:

“I return to this three-year period in my life, not to reexperience the pain but because I had taken on and thrown off so many roles in such a short time that it has taken years to incorporate the lessons of each into my life.

I have learned that we cannot shift from suffering to gratitude and forgiveness in one healing session, one day, or one month. The deeper the pain, the longer the healing takes, no matter how earnestly we attend to it.

True healing requires an honest admission about where we are, not buying into illusions of where we think we should be. True healing necessitates allowing it to naturally progress without insisting it occurs according to some imaginary timeline. True healing demands we see our pain in the context of our own lives rather than in comparison to another’s pain.

I realized that we know healing has occurred when a memory stings less, when an incident does not take up so much space in our minds, when we can look back at an experience and chuckle at our own blindness.”

I had moved beyond mere acceptance and found meaning—a deeper understanding of the lessons I needed to learn.

I discovered that my soul really did call me into these businesses, though never had the attachment to them that I did. All my soul wanted was a taste of the experiences, not the permanence of them.

I could see how right a childhood friend was when she once said to me, “You don’t know your own strength!” It’s true—until I underwent these trials, I had no idea how much power and impact my voice and actions had on others.

There was a way back to trusting myself, my instincts, and my soul, and it was through meaning-making, not acceptance.

I was finally free to move on to new adventures—not begrudgingly or out of a sense of duty or necessity, but with the enthusiasm and lightness of a first-born venture. This could’ve only happened by taking my healing through this last step.

Unlike acceptance, we don’t “let” meaning happen. We make it happen. And this is how we regain our joy, our power, and our trust in the movement of life.