Am I “Too Much” or is it the Patriarchy? 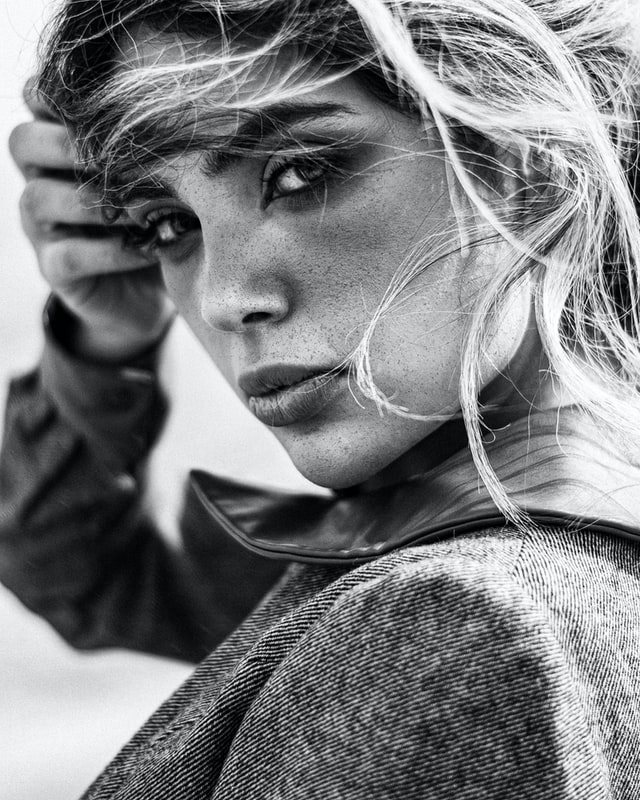 I’d have at least a couple dollars, but that’s not the point.

I won’t be getting rich off my hard-headedness anytime soon. Not directly, anyway. I’ll circle back to that.

Many times, as a lover, friend, partner, or if I reach back into my memory bank, as a child, I have tried to edit down my needs to fit an ideal of easygoing needlessness espoused by our individualistic and capitalist culture, wherein needs are vulnerability, and vulnerability will cost us—pride, money, or probably both.

I have carefully trimmed the fat from my desire and sculpted my shadow so as not to offend, intimidate, or threaten.

Nonetheless, I continue to be “too much,” though not by my own standards.

A few days ago, I posted a poem on Instagram about being difficult, which I’ll share below. Along with it was a simple poll:

I have never gotten half as many votes on a poll. This one clearly touched a nerve.

It got me thinking, Am I really “too much,” “too demanding,” or “difficult?” (I’ve been told I am often enough to at least consider the possibility that it may be true.) Or maybe, just maybe, is it not about me at all? Has the patriarchy set standards—for femininity, for relationships of all genders and sexualities, and for basic human interdependency—which are both impossibly low and impossibly high?

If more than half of us are too much, shouldn’t we be redefining our thresholds?

Knee-jerk reaction: blame it on the patriarchy, of course.

But let me make my case.

In her story on Sacred Rage, my wise and talented friend Amy Schmidt wrote the following:

“Women are not allowed to feel rage the way men are…This is why so many of us cry when we get angry and frustrated. We aren’t allowed the same energetic outlet for this emotion, so it bursts uncontrolled out of our eyes, leading to accusations of being too emotional.”

Her words hit deep. Since I was a little girl, I’ve been baffled by my own tears. Why did feelings of anger, frustration, embarrassment, and abandonment all express themselves in the form of water? Who taught me that my fiery rage was too much, too threatening?

We all receive messages, both subliminal and explicit, that we must behave in a certain manner, control certain emotions, and conform to certain gendered archetypes. These messages vary by culture, gender, and decade, but teaching Empowerment Self-Defense to women aged 6 to 60 around the world, I’ve noticed certain trends: we must be nice. We must not demand too much. We must not take up space. We must appease, sweetly.

These expectations have become further confounded by newer, modern axioms of dating, mainstream New Age spirituality, and neoliberalism: we must not ask anything of anyone. We must be utterly free of expectations or needs. We must each be an island unto ourselves.

No wonder we think we’re too much! Who could live up to all those contradictory demands?

If I am too much, it is because the patriarchy’s acceptable limit for womanhood, anger, desire, vulnerability, and so many other things is far too small to contain me.

My excess of passion, stubbornness, exigence may be too much for the patriarchy, but it has also powered every single creative project, career choice, and life change I’ve undertaken over the past decade. It makes me brave, and unapologetic, and ambitious. These are not qualities that fit into the shrunken spaces historically allotted to women (nor to various marginalized populations).

That’s why I won’t be getting rich directly off my too much-ness, but I think I can thank it for every success I’ve celebrated in my life, financial and otherwise.

In case you think the patriarchy only hurts women, riddle me this: of the 50 people who voted on my poll, 70 percent proudly claimed the label “difficult” (80 percent of them were women).

I do not have answers to all those questions.

However, I do believe that our society makes a virtue of stoicism, especially for men. While women may feel more freedom to embrace their too much-ness (the archetypes of the needy girlfriend and the emotional mother, for instance, are at least available to us, if disdained), I wonder if men are more often trapped in the straightjacket role of the unshakeable son, brother, husband, or father, written for them centuries ago.

And going beyond the (highly limited) gender binary, aren’t we all a little too invested in the myth of utter independence? When did needing others, having emotions, and expecting our friends, family, and loved ones to show up in our lives become a weakness, rather than a fundamental condition of being human?

Recently, two friends witnessed me in a particularly vulnerable moment and found themselves flustered, unsure how to react, how to support. Discussing the moment later on, their reflections struck me. They both perceive me as a strong, powerful, confident woman; caught off guard in the moment, they didn’t quite know what to do with my vulnerability, my need for support.

But of course, we are all strong and vulnerable, both; powerful and interdependent; confident and fraught with fear. One does not discount the other.

If you’re reading this, I’m guessing you’ve felt judged for being “too much” at least once in your life, too. Maybe you’ve been told you’re overreaching when you ask for a raise or promotion, that you’re needy when you express boundaries in a love relationship, or that your sacred rage is scary, or invalid.

Are you too much? Are you difficult? Or is it really just the patriarchy talking?

Difficult,
because I will not cower
shrink
diminish myself
to the size of a single
rib

I am guilty of many things
you are too too quick
to judge
But my edges
my bigness
my excess
my gaping, terrifying, DIFFICULT
needs
are not one of those things

You may not forgive my
being
me
But you do not have to
I never promised to be easy
and I never asked if you thought
I was too much.