At 8 years old, I started Hating my Body—& This is what Saved Me. 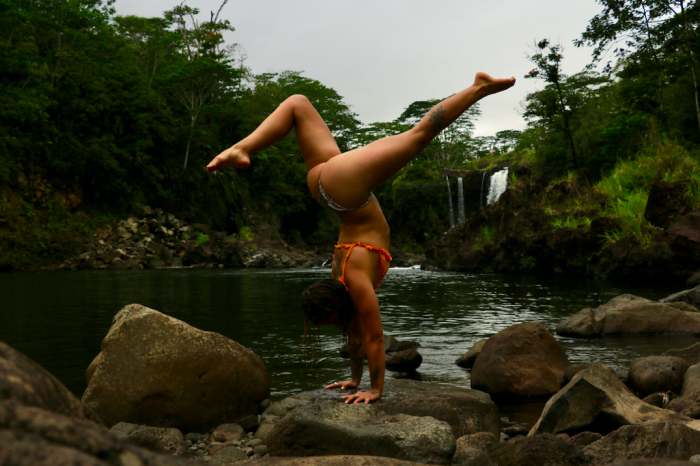 I think I was about eight years old the first time I rejected my body—an age a bit older than many girls today.

I remember laying down on the ground on the only square of sunlight shining down from the glass ceiling—eyelids heavy and allowing the subtle warmth to rest on my cheeks.

A moment of peace.

A moment of being.

A moment of stillness interrupted as I lifted my arms and placed my palms on my protruding hips—intuitively trying to connect to my body.

My eyes immediately sprung open. I used the strength of my neck to look down at the crater in the center of my body, and I sighed.

“Why won’t my body look like this when I stand up?” I questioned.

I blamed my body for her “failure” to meet the standards of what I was taught was beautiful. My mind stuck her nose up to the sky and my body was left with no one to hug…at eight years old.

At eight years old, I started criticizing my every dimple, fold, and soft spot. I stood up from the only light in the room, and I moved to the shade where I hardened.

My eight-year-old brain figured out that society’s standard of beauty was to be petite. And to be beautiful meant to be loved. And boy did I crave love and attention. Not because I wasn’t getting enough, but because I wanted more. I’ve always wanted “more” of everything in life—more food, more sex, more love.

Luckily, this desire to have more made it quite difficult for me to fully develop an eating disorder—although, I’ll admit: sometimes I’d wish I didn’t love food as much as I did…and still do.

Most of the women in my life had eating disorders, and I was always observing from the outside. It validated the belief that becoming big was to be feared. In response, I became hyper-aware of how others perceived my soft spots.

I honestly can’t believe how distorted my self-image was my whole life. I’ve finally gotten to a place where I’m just starting to feel comfortable wearing whatever the f*ck I want…and I’m the “biggest” I’ve ever been—this alone proves that the way someone’s body looks has nothing to do with how they feel.

I think it’s common for some people to believe that thin people don’t deal with insecurities as much as others, but having insecurities is a part of the package deal when you reside in a human body. Everyone has insecurities. Everyone is fighting their own battle. Many of us try so hard to figure out what another person might be feeling based on what we see, but we have no f*cking clue what someone is going through—have compassion.

When I weighed 119 pounds, I wouldn’t dare show my stomach to the public. I thought my belly was gross to look at, and I didn’t want to make anyone feel uncomfortable—okay, f*ck that. I still struggle with sacrificing my own needs in order to make others feel comfortable. Ugh.

My healing journey really began when I broke up with my partner two years ago. I like to think it started way before that, but my healing became stagnant the last year of our relationship. That’s when I faced the daunting realization that I had to leave him. I wasn’t going to heal in partnership. I threw up from the fear of having to say goodbye. I tried everything to convince myself I was making the wrong decision by leaving him, but I knew I had to choose myself and my practices.

It was the hardest thing I’ve ever had to do.

I realized I had to let go when the holding on started to eat me, and the people I was surrounding myself with, alive. I was losing myself and I needed to be found again.

I started practicing yoga eight years ago now. The first year I was heavily focused on the asana and was devoted to practicing every day for my body—I needed to stay in shape, ya know? At the time, I had no idea I would be where I am today because of yoga.

I fell into my partnership just a year after starting my practice, and yoga became less important, though still a prominent part of my life.

It’s been two years since I decided to step away from partnership to heal my relationship with my body through the practice of yoga, and I am astonished at the changes I’ve felt in my being—including the ability to just be without fearing how others perceive me.

I could write a whole ass list of all the things yoga has taught me, but most importantly, yoga has shown me the path to freedom.

I know I will continue down this path for the rest of my life because freedom is a destination I’ll never truly arrive at. But right now, I am the freest and closest I’ve ever been to me.

Eventually, my—mostly mindless—rigorous asana practice transformed into a moving meditation that allowed me to slowly open parts of myself I had never allowed myself to see. My body was finally given the space to connect to my mind and expose the aches she endured from my manipulation, betrayal, and mistrust.

And finally, I softened.

Read more about how yoga saves: 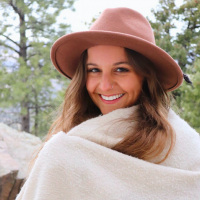