Why we Need to Stop Making our First Dates a “Red Flag Scavenger Hunt.” 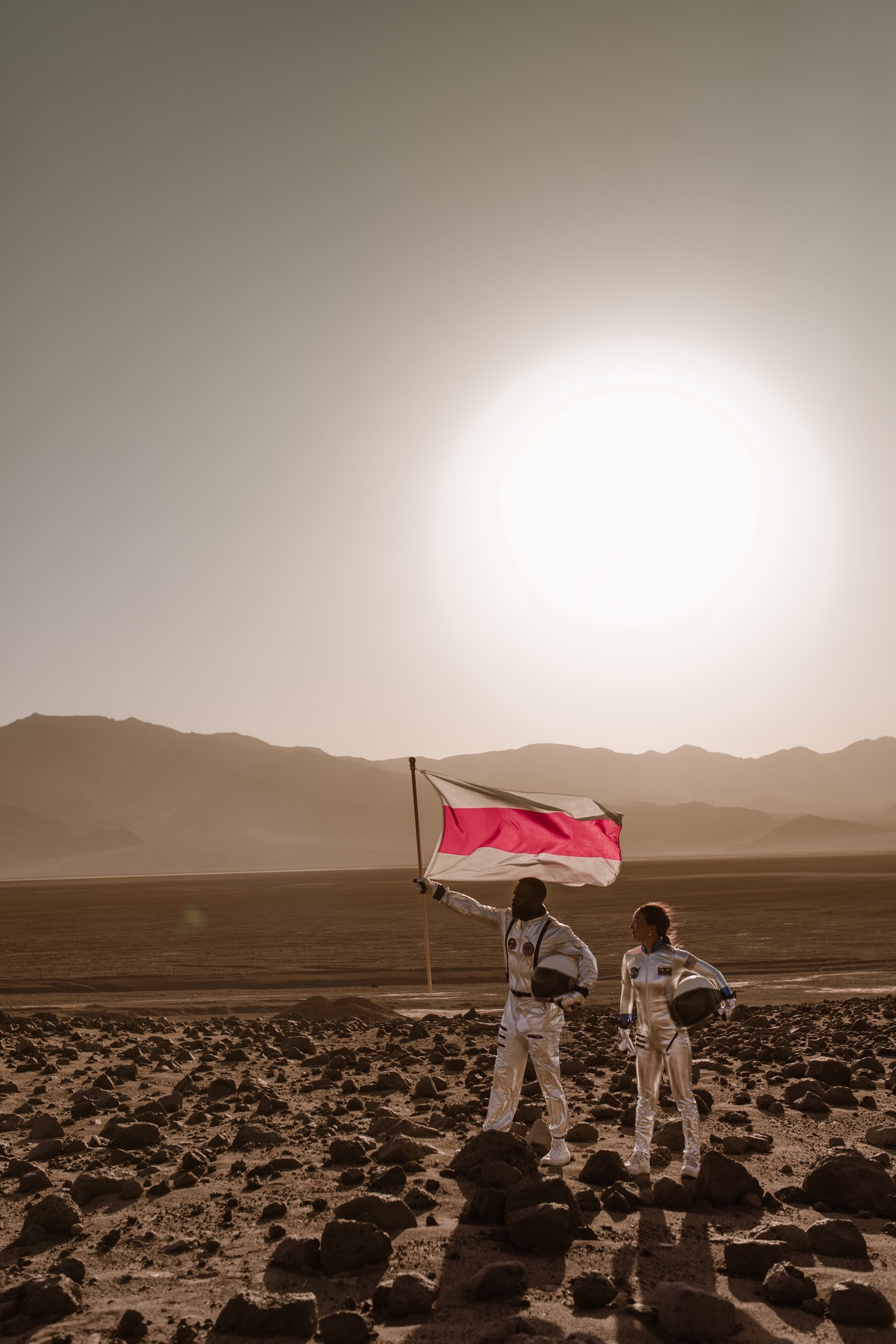 “That’s a red flag,” my friend advised me on the phone on our standard “how was the date?” follow-up call.

Upon arrival at a lounge earlier in the evening, I noted that my date already had a beverage in front of him. Feeling vaguely awkward, I proceeded to place a solo order with the bartender, I told her.

My girlfriend advised me that his failure to buy my drink was a “red flag.” To her, this was an almost certain sign that he was a dangerous investment of my time.

She claimed that his actions demonstrated not only a lack of emotional availability but also stressed to me that a serious candidate would pay for my beverage.

She concluded that it was emotionally risky were I to go out with him again, for he probably didn’t want a relationship.

We want to be diligent and do our best to discover incompatibilities during the dating process. This discovery period is one of the purposes of dating, rather than immediately committing, in the first place.

Yet many of us have been trained to detect “red flags” early on, which means that we try to predict what small things can turn into big ones and what minor actions will lead to major ones.

Amplified, this means carefully assessing and analyzing every word, movement, text, and action, lest we be tricked, scammed, misled, or end up heartbroken if we miss them. In this, we look for clues as if dating were a red flag scavenger hunt and we are rewarded for flagging and tagging each small infraction.

While it’s true that victory in this game means we do not end up being manipulated by someone else, it’s also true that we end up dumping endless matches and miss out on the ultimate intention of dating: finding a partner.

Before Facebook dating groups, I’m not sure I had ever heard of a “red flag.” Yet, in them, I learned to be diligent about even the smallest signals and most inconsequential actions, especially in online dating:

>> If he texted me “how r u?” it was a signal that he was boring and lazy. I was informed that this was a red flag, and my only proper reaction was to say “next.”

>> If he took 24 hours to answer, I learned that it meant I wasn’t a priority now, and a man like that wouldn’t be a good partner later. Red flag. Next.

>> If he asks for my number, we could deduce that he is pushy. Red flag. Next.

With this tutelage, I felt confident that my diligent assessment would help me meet my right partner, end future heartbreak, and lead me toward a standout candidate for long-term commitment.

It did no such thing.

When we leave relationships that don’t work out, we may be frustrated, flustered, panicked, and angry. And in the postmortem analysis, we might be tempted to transmute tiny transgressions—small items that we wish we had seen at the start—into future “red flags.”

These early words or actions of our now-former partners, transmuted and inflated into generalized predictions, become the warnings and advice about the future behavior of other partners. While it’s meant to be a tool of safety, giving us perceived control over the outcome, it’s instead a pathway to hypervigilance.

We may end up monitoring and assessing tiny details so intently that we aren’t giving the candidates in front of us a chance: we are instead focused on ruthlessly paring them down and weeding them out.

We may also find our list of transgressions ballooning until it eliminates nearly every available candidate. We become almost manic, with a focus on swiping and finding “better” candidates while bemoaning there are “none” available.

In an effort to insulate ourselves from danger, we are keeping ourselves single, and that which is meant to be protective becomes a threat.

We might win the scavenger hunt, but the price is losing out on what we really want: a partner.

Try these more effective strategies instead:

1. Only eliminate candidates with major, fixed, permanent incompatibilities. We can create a list of three or five deal breakers: big, major, unchangeable things that immediately rule out a match. Examples might include: partners who don’t want children when we do, or people seeking ethical non-monogamy when we don’t want an open relationship. Break the deal when we see a deal breaker; otherwise, give the person in front of you a chance.

2. Focus on the characteristics or qualities that really matter: the positive qualities and aspects we are seeking. We need to invest the time and energy to make sure our prospective partners have qualities such as warmth, humor, compassion, and kindness.

4. Check the facts rather than making assumptions. We need to ask the person directly involved about their behavior if we want to know, “Oh, I see you already have a drink! I’m curious why you ordered already?” This person is a different person than anyone else we have dated, so we cannot assume they have the same reasons as our ex-partners—nor do our friends or Facebook groups know the reason behind their choices. The only person with the facts is the person who made the behavioral choice.

5. Slow down and sort through fewer candidates. Give people a chance.

6. Follow your body rather than your brain. Our body contains more data than our mental analysis does. Do a body scan after a date.

7. Skip the application of reasoning after the fact. We often feel a “no” and look for reasoning behind it. It’s okay to eliminate a candidate without knowing “why.” We can simply accept the “no” and bypass the need to dig for reasons and create proof of a “red flag” by looking backward.

8. Develop resilience in dating, knowing that some will work out for a while and most won’t work out at all. We can set aside hypervigilance and accept inevitable failures and disappointments.

9. Have compassion. Perfection is not a standard. If we want to look for red flags, we can find them on everyone, including our best friends, our children, our family, and…ourselves. We wouldn’t want someone picking apart every phrase we speak, timing, feeling, or behavior. We all have moments of awkwardness, nervousness, or struggle. Find the humanity in the experience.

10. Validate ourselves for practicing the above, rather than “finding” red flags.

Dating is not a red flag scavenger hunt. That game really f*cking sucks.