Maybe Forgiveness is More about Us than the People who Hurt Us. 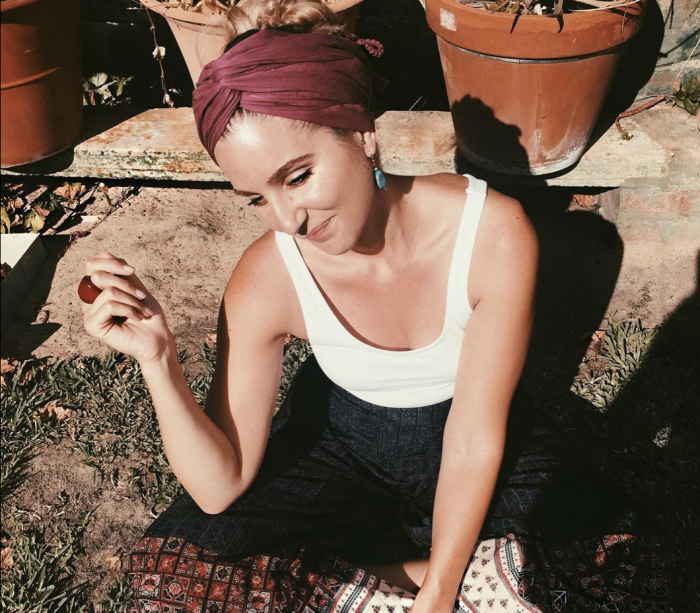 I often hear people say they find it difficult to forgive because it feels like we’re letting someone off the hook.

We think of forgiveness as something we grant another person when they wrong us. Sometimes though, we’re not ready to extend forgiveness to someone but we still suffer. Time lapses, life goes on, and we may think “we’re over it.” But there is more to forgiveness. Perhaps the process of forgiveness is less about others, and more about ourselves.

In my case, I really didn’t know I needed to forgive. I didn’t realise I was holding onto pain, anger, and bitterness. My body knew. I was sick for years. I just seemed to think if I got on with life, then it meant I’d moved on from my past.

I was 25 years old and I knew nothing about “inner work.” I was overly ambitious, and working on myself daily. But it was primarily focused on physical appearance and being successful. Although I was into my fitness and being positive, you know the whole “5 a.m. club” mentality, I was struggling with chronic health problems.

After numerous years of visiting doctors, with no answers, I packed my bags and flew to the other side of Australia. I’d always wanted to move away for a season. For the first few weeks, I stayed in the mountains, close to the Goldcoast in Queensland. (Years later, I would hear about the mountains from a few people who said they found it to be a place of healing. That’s nature for ya.)

The guest room was surrounded by floor-to-roof windows, and just outside, acres and acres of tall forest trees. The air was crisp, clean, and cool. The ground coated in a blanket of dry leaves.

So far, life had been stressful (for as long as I could remember). I was always anxious, stressed out, and feeling like I wasn’t doing enough. I never allowed myself to just be.

I believed relaxing to be a waste of time, and I became agitated whenever I slowed down. But the trees, the deep green, and the warm sunlight called to my soul. I rolled out my yoga mat. Put my headphones in, and played Drum and bass music.

Laying on my back with my arms wide open—

Quickly, I thought, “This is stupid.” Who lays on the ground and just—breathes?

I knew nothing about meditation and I certainly wasn’t accustomed to breathing deeply. But I stayed with it.

As I allowed the music to calm my spirit, I found myself thinking about who I was as a young girl. Prior to my trip, a nutritionist mentioned visiting my inner child. I thought she was “coo-coo” (just shows how little I knew at the time.)

The words, “Let yourself get angry” surged up. There was a mental battle as I tried to whoosh the thought away. I wasn’t comfortable with the idea of being angry with someone, anyone. Especially people I truly loved. Growing up in Church, we were taught never to get angry. We were told to turn the other cheek.

But I let myself feel angry. And what happened next surprised me.

I felt—compassion rush over my entire being. For them, and more importantly, for myself. The process was strange, and nothing like I had experienced before.

I didn’t realise how angry I had been for allowing people to treat me poorly. I saw myself as a young girl, and I had no idea how disappointed I was at her. Why didn’t she have the courage to speak up back then? Why did she suffer in silence? Why was she always taking on excuses rather than apologies? Why did she have to be a perfect young woman for everyone and why wasn’t it ever enough?

It made sense how every time I looked at my teenage photos, I would feel sick. I’d make comments about how ugly and pathetic I looked. I saw a weak, timid girl. Someone who tried so hard to be accepted. And I’d spent my whole life up until this point trying to drown out that person, and become someone who people accepted and treated with respect.

As I started to extend compassion toward my young self, I also found compassion for others. I acknowledged that perhaps they were unconscious of their behaviours. Perhaps they too were showing up in the world as wounded children.

I decided to forgive myself by understanding that I wasn’t able to protect myself in certain situations, and I did not need to be ashamed anymore.

I think we sometimes forget that, under our legal age, we are at the mercy of adults. Of people who are legally responsible for us. This includes anyone we encounter (teachers, preachers, relatives etc). In a sense, we hope that those who care and influence us, have the right motives. But we also need to remember that people have their own experiences, traumas, pains, motives, and lack of self-awareness—which can unfortunately impact us when we are young.

What choice did we have then? And for those who spoke up in their youth, what was the outcome?

I know of friends who spoke up as kids, and out of their siblings, they were disciplined the most. In conversation, we often discuss how in our youth, we really didn’t have much of a choice.

Adults were always right. We were wrong.

Sometimes, it’s ourselves we need to let off the hook. The shame we feel is key to healing. In our shame, we identify truth. We couldn’t do anything, and we may not have known better in some cases. But also, we believed we had no rights.

Why do we hold ourselves accountable now?

My journey revealed that in my desire to become someone, to escape anxiety, and to prove myself, I was trying to forget that young girl. I was so ashamed of her that I wanted to build a life and persona that was anything but her.

However, in this process of breathing, and facing my fears of silence, I found that the only way forward was to go back. I needed to visit her and let her know, it wasn’t her fault. I also needed to honour her now, not drown out the person she was. I needed to listen to her. Rectify. Learn from her. In doing so, my body ailments cleared up and led to an array of health benefits, mental freedom and inner peace.

Self-forgiveness may be easily overlooked when we are hurt by others. It might explain the physical, mental, or spiritual ailments we experience. The journey of forgiveness is first about ourselves; letting our inner child be free of condemnation, shame, and the burden others have placed on us.

I recently asked our readers, How do we Forgive someone we Love who has Hurt us? And while there were plenty of amazing answers on forgiving others, I found the self-forgiveness responses to be useful here: 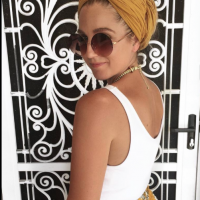 Anjelica Ilovi writes about mindful living. She has her BSc in Psychological Science. Connect with her here: Instagram @anjelicailovi & anjelicailovi.com … Read full bio