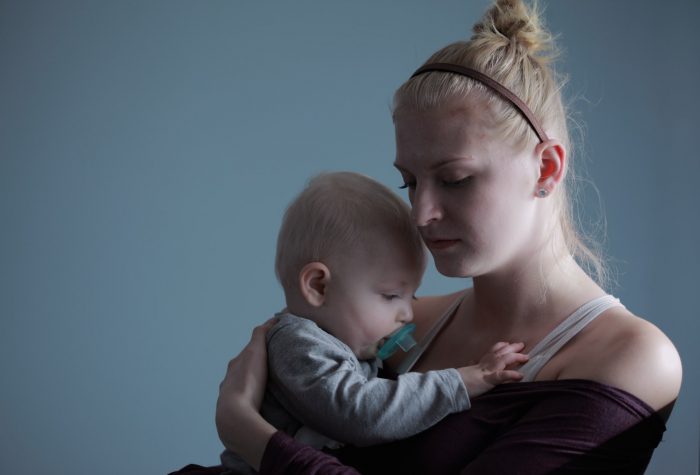 I write the line, “mom of two” into my profile on another round of “let’s try dating apps again.”

Somewhere between loneliness and renewed self-respect, I keep finding myself redownloading, resetting, and deleting them again and again—rinse and repeat.

This is the point at which I often get stuck—the dreaded bio—to mention the kids or not.

The fact I have kids is a non-issue to me. But by including that on a dating profile, am I eroding “who I am” in place of an instant label, that being, “single mother,” which I am. Well actually, lone parent, which is another layer of stigma—but why does this define me?

I am proud of being the mom of two amazing kids—so why is there an underlying layer of shame, a stigma, a resistance to highlighting this fact?

Never one to be a fan of labels, but in a bid to be completely open and honest on a platform like this, I write it out: mom of two. I instantly delete it again. I can already envision the flicks to the left, the rejection, the “Oh, this one’s got baggage.” I fall back into a repeating shame pattern, close the app, and hit delete.

I am so sick of this damn stigma surrounding single mothers and the shame cycle it pulls so many into (myself included). Some may disagree, but I think if you lined 100 men up and gave them a truth serum (a-la liar liar) bubbles of truth above their heads would read: “Urgh, someone else’s kids.” “Why did she end up like this?” “Clearly she couldn’t keep a man.” “Guess she lives on the breadline.” “Imagine trying to get her attention when she has two kids.” “Bet she has some stretch marks.”And so on and so on and so on.

It’s not just on dating apps either. This feeling that I get, I have felt in so many different scenarios: at parents’ evening, at the doctor’s surgery, at the children’s parties, with the bank manager, at sports clubs. It’s a constant label hanging heavily from my neck from the office to the playground.

In a 2014 poll by Gingerbread, a single parent’s charity, it was reported that of the 1,500 single parents polled, half of the respondents believed single parent stigma in the media had increased in the last two years, and 20 percent believed stigma had heightened in both the workplace and the community in that time.

Perhaps I am also guilty of perpetuating this feeling. Am I so conditioned by the societal tale that is told and the stereotypical portrayals of single mothers that I am almost preconditioned to think in that way also?

Maybe it’s the TV version of events that have impacted society—the Jerry Springer/Jeremy Kyle portrayal of a state-sucking, manipulative, man-using, deadbeat who smokes 20 cigs a day whilst their kids go hungry.

Maybe it’s the societal snobbery of our political classes that use detrimental terminology when discussing benefits and state support—with terms such as “urging people back to work” and “Broken Britain” to depict the breakdown of the traditional family unit as a menace to society.

Some will say this is a single parent issue, not a single mother issue—but I just don’t buy that. I have been alive almost 37 years, and I do not know or could not cite a comparable stigma attached to a man. Every single father I know or know of has a shield of a superhero around them. Whether widowed, estranged, abandoned, or divorced, men do not suffer the same stigma.

In fact, it is my opinion that they are bestowed with the opposite. Men who are single fathers are seen as superhuman, amazing examples and put on a pedestal of parenting. I am sure I will get some slack for that opinion, but it is one that I have formed from experience and example—and I stand by it.

With such a dominant claim on our social demographic being held by single mums—why are we still seeing this stigma today?

Let’s drawback to the history books and take a deeper look at the ancestral coding that has paved the path for this historic stigma—one that is still lingering in our psyches today.

In a comparative study completed by Nicola Jane Carrol, in a thesis posted by the University of Huddersfield, lone motherhood and the historical origins attached to it was examined in further details. The paper cites:

“The Roman concept of ‘filius nullius’, which regarded children as their father’s property and a child born outside of marriage as the ‘child of no-one’ without recourse to support or inheritance, continued to influence Western law for centuries (Hendrix, 1996). With only fatherhood existing as a legal concept and motherhood having no legally sanctioned status, the child of an unwed mother had no legal rights (Smart, 1996). One historical account (Adair, 1996) shows that questions of financial responsibility for ‘bastards’ and moral condemnation of their mothers as ‘harlots’ and ‘strumpets’ loomed large in C16th parish records.”

Single mothers have not had an easy ride in history, and in our modern world, we still suffer these stigmas due to the perpetuation of these stereotypes ingrained in the media we consume, the programs that we watch, the politics that we follow, and the history we forget.

The actual situation is that:

>> Seventy percent of single parents work; we are not a subsection of society that is state dependant.

>> The average age of a single parent is 37—not an army of teen mothers as depicted so often in the media we consume.

Alongside these demographic point, the single parent stigma needs to stop with single parents themselves. Single parents like me, who find themselves unable to complete a bio because they are afraid to stick a label on themselves that is soaked in societal stigma.

This label not only represents a woman who is independently working and raising a family, but one who is strong, self-sufficient, nurturing, and able—one who contributes to society.

If your left swipe is therefore determined on this label, let us allow that swiper to flick right past and miss us—because single mothers are f*cking badass, and if the swiper can’t see that, then they have done you the greatest of favors.