Seeing what we Want to be True: (Not) featuring the Beatles. 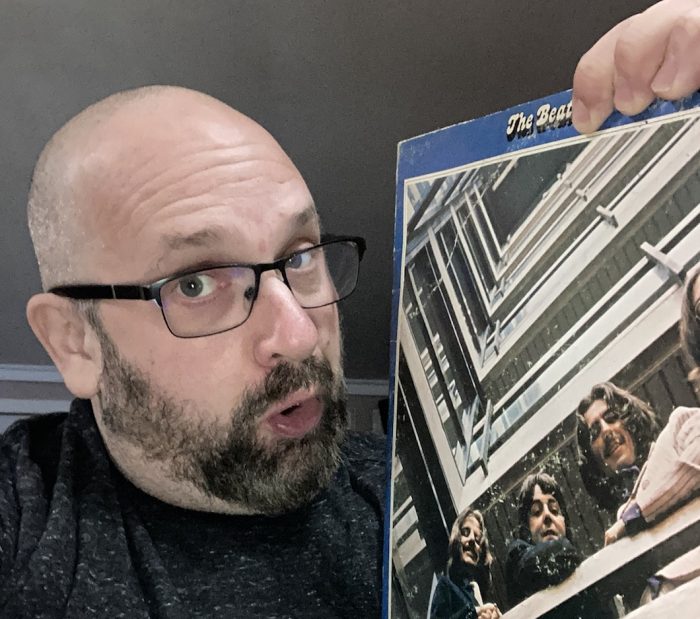 In a world rife with fake news and alternative facts, many place the blame at the feet of social media and cable news.

They certainly make it easier to spread disinformation faster.

But the uncomfortable truth is that we had this tendency long before they ever existed. We become swept up in our own emotions and beliefs while overlooking any gaps and inconsistencies. We are primed to see and hear what we want to.

To quote Mark Twain, “Never let the truth get in the way of a good story.”

Presenting an amusing little story with a great example of this. One time, a little over 40 years ago, much of the world was convinced that an obscure Canadian band were the secretly reunited Beatles.

This may sound ridiculous now, but it didn’t take much for this idea to really take off.

The year was 1977. Steve Smith, an entertainment writer, picked an album from a box in the newsroom of the Providence Journal filled with vinyl records for writers seeking material. On this occasion, he was pulled to one from an unknown band named Klaatu, titled “3:47 EST.”

While listening, Smith noted something out of the ordinary.

On this album, the liner notes were nonexistent. There were no names of band members, and all the songs were credited simply to the band. No pictures were present other than the album art.

The self-professed Beatles aficionado Smith thought the songs on the album sounded almost too similar to those of the “Fab Four.” His imagination toyed with the possibility this could be a Beatles reunion under a pseudonym. Smith discovered several interesting curiosities that he shared in his article. He noted that the vocals, lyrics, and instrumental stylings matched the works of the Beatles.

Buoyed by the possibility this was finally it, Smith made some calls and researched diligently, seeking to gather any information that he could on Klaatu and who they could possibly be. Sensing an opportunity, both Klaatu’s manager Frank Davies and their label, Capitol Records, responded to questions from Smith and other media with flimsy denials that left plenty to the imagination.

In a world still missing the Beatles, fans devoured reunion rumors with the hope that their craving for more music from the beloved icons would be appeased. That craving drove airplay and record sales for Klaatu’s first album.

Fans wanted this to be a new Beatles album so desperately, yet, only had hope and ambiguity to work with. The only information available included an album with a similar sound, some flimsy connections, and a lot of unfilled gaps.

Looking back, there was clearly not enough information available to release healthy skepticism. Yet, people were so hungry for this to be true that their emotions took over, and they believed with the fervor of a four-year-old awaiting Santa Claus.

The frenzy was finally resolved when a program director at a Washington radio station finally looked up the album copyrights at the Library of Congress. His research confirmed that no members of the Beatles were involved with Klaatu in any way, and with that, the dream of Klaatu’s being the Beatles reborn crashed and burned.

Sometimes the truth is far less interesting than the rumor, as it happened to Klaatu.

They were simply three musicians who wanted their work to be solely about the music alone. This was their reasoning why they did not identify themselves, do any press, or tour. People don’t react or respond well to their desires being crushed. Many Beatles fans unleashed their collective anger. The band was labeled as scam artists and fakes, and eventually faded back to obscurity.

To quote Steve Smith, who inadvertently created this hysteria in the first place:

“I feel kind of bad about what eventually happened when they got poo-pooed. After it came out that they weren’t The Beatles, nobody wanted to hear it anymore. I thought they were a really talented band. To this day, I still like them.”

This is a fascinating example of what can happen when a large number of people see what they want instead of what is.

A story like this can get out of control in an instant without the benefit of a virtual accelerant. With wider and faster access these days, it is sobering to watch how unproven theories, incorrect facts, and outright lies can become gospel truth to many.

All it takes is a story that people want to be true, information positioned in just the right light.

Anything can be if you shine the light on a certain angle. Of course, leave a few gaps for the imagination to fill in. This is how easy it can be for people to believe ridiculous things.

Often, we don’t like to look within while searching to understand why. Rather than examining our own accountability, we grasp at straws to keep the illusion going in our minds. If that doesn’t work, we find scapegoats to take our blame rage out on.

In a culture willing to make up its own news, data, science, or other facts to benefit our agendas, we’re not very willing to let the facts get in the way of a good story—especially when we prefer the story to the facts.

The story of Klaatu is an entertaining way to discuss this because it is easy to see the silliness of it. Being over 40 years away from it certainly helps, but ultimately allowing oneself to be convinced the Beatles were back doesn’t hurt anybody.

But when people see what they want to and disregard anything else, it can have devastating consequences.

These scenes often play out in a personal way, destroying friendships and families. They also happen on a larger stage and tear apart an entire country.

Adult children watching their parents get swept up in a religious cult, becoming more and more disconnected until they cut off contact. The best friend who refuses to acknowledge she is in an abusive marriage despite the obvious evidence, pretending everything is great right up until tragedy strikes.

The experience of large groups of people who angrily insist that their conspiracy theory is true.

They buy into the story the pandemic is fake or the fallacy of the Presidential election being stolen. Hanging on to their beliefs despite the overwhelming evidence to the contrary.

People willing to kill or be killed for these beliefs, and in some cases, already have.

Look at what happened on January 6th—that is the power of emotion winning over logic and fact. If that, or the possibility of it happening again, didn’t rock foundations, nothing will.

While it can be amusing when recalling tales like the ride of Klaatu, seeing only what we want to becomes much scarier when the stakes are higher than the fate of a rock band. 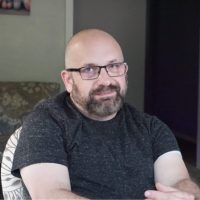 Rich Levesque is a former 911 operator turned  writer, author and podcaster from Massachusetts.He still has hope in humanity snapping out of whatever this is despite what the… Read full bio