The Long & Ridiculous Road from Addiction to Self-Love. 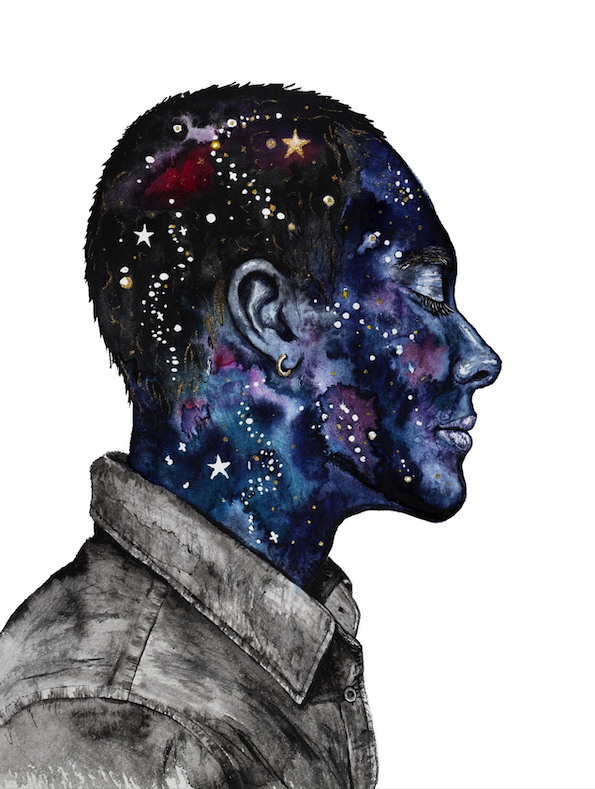 “Billy, I dreamt that we were making love last night.”

It wasn’t entirely uncommon for me to wake up to a DM like this. It would be a welcome relief.

As soon as my alarm would go off, I’d open my eyes and immediately do an inventory of why no one ever wanted to make love to me: I have Crohn’s Disease. My torso is a bit deformed with a hernia that broke through the mesh repair for the second time. I’m short. I’m this. I’m that.

When I would spin out like that in the morning, I could just pile layer upon layer of why I was alone and why I’d always be alone. And then I’d see the DM and type something back that explained how very wonderful it felt to know someone wanted me—even though they were from a different state. Or country. Or planet.

Cyber love, so untouchable, so empty and unknowable, was the empty calories in my diet of damaged self-worth. I would be in the car a half-hour later, driving to work and feeling exactly the same as I had when I first opened my eyes and began my downward diatribe.

Sometimes, I would go in the direction of grandiosity and also do an inventory of the many women I have slept with since the separation from my children’s mother—again, empty calories. Contrary to what many people are led to believe, there is an extremely short distance from grandiosity to self-loathing. Almost anyone who has ever struggled with addiction knows exactly what it is like to have an enormous ego and no self-esteem to speak of.

Intellectually, I knew I was fine. I have been loved in the past, and I’d probably be loved again. I know for myself—and I suspect it’s this way for most people—intellect does not affect how I feel in my heart and on a gut level. That’s all run by emotion, and I have suffered through periods where my emotions were a bad neighborhood to be hanging out in. These were the same emotions that led me to literally kill myself with substances, only to be brought back by the charity and mercy of medical personnel.

In the healthier moments of my recovery, I understood quite well that the safest cure for all of this self-centeredness was to reach out to people worse off than myself. There is a freedom that can be obtained from helping others that can not be gotten any other way. But much like an out-of-shape person who uses their Peloton as a clothes horse, I would always backslide and forget to pull my own head out of my ass. Self-absorption felt comfortable and safe—even if it was miserable.

I remember a few months back when someone had put me in touch with their friend who was at the end of their rope with addiction. I didn’t hesitate to offer my phone number, and it wasn’t long before I was driving down the highway—doing my day job—and my phone rang with an unfamiliar number.

Over the course of a few weeks, there was talking, laughing, crying, trying, failing, falling, and a few small victories. He opened up to me about shameful things that were weighing on him—things he did just to get his drug of choice when he had no money. Family members he stole from. Child support he couldn’t pay. Throughout all of it, I would make the suggestion that there were places available where he could unplug for a few weeks and start over again like any other computer that had been hijacked by a virus. Finally, after about a month, he agreed.

I hung up from that last phone call with so many mixed emotions—not the least of which was disappointment in myself. I knew exactly where self-love could be gotten, and, still, I so often choose to ignore it and allow myself to suffer the way that I do. Self-love only ever came from extending my heart and my hand to another. All in all, not too long after remembering this, I felt like the guy who finally took all the clothes off the Peloton and exercised for an hour.

Addiction is many things; it is a trauma response, it is an ugly survival mechanism, and it is an unfortunate result of environmental stressors. It can be tracked and traced and linked directly to adverse childhood experiences (ACES) and early-onset depression. But it is also a diseased way of perceiving the world and oneself.

It’s a long and ridiculous road—ridiculous because I often know exactly what I need to be doing and ignore the truth. I find myself opting to engage in the easier things that net negative results in lieu of the things I know will result in happiness.

One could say I fight it more often than I should. But even now, after almost 11 years of sobriety, I catch glimpses of where self-love exists and push myself toward that direction as I get healthier.

We will only ever truly love ourselves when we learn to love others.