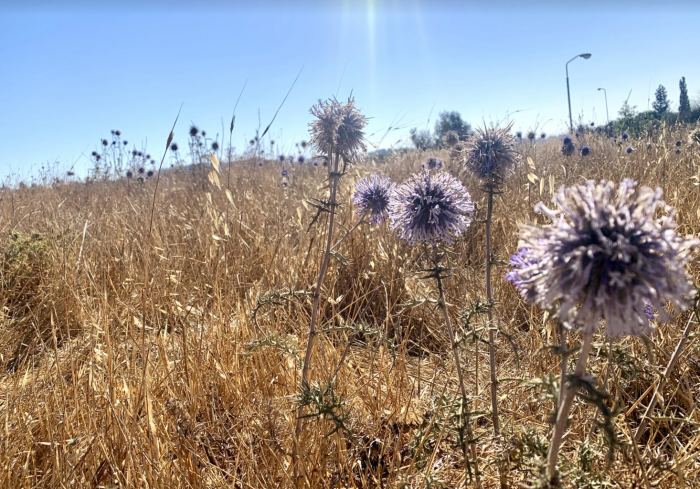 Before the year of coronavirus, Zooming was what I thought excitable animals did—with too much energy.

“Jocko has the zoomies!”

We shout out as a puppy rushes madly about the yard, back and forth with joyous abandon—not so on a zoom call.

Indeed, Zoom is now a noun and verb eponymous with our times. I have found the technology to be a literal godsend providing access to people and places and time zones that would not be possible, with or without a pandemic.

Recently in a Zoom with a small group of women—with only a few of us inside Israel—we had a precious guest from Gaza. She couldn’t use her real name. In fact, the name she chose was the name of her little baby boy who recently perished during the latest war between Israel and Hamas.

The loaded language around our recently formed group, Israeli and Palestinian Women for Peace—the only word in the group’s title that is not controversial is for, and even that is questionable.

What does it mean to be for something?

We had a woman point out that “belief” is not good work, too strident. I pointed out that we can’t take refuge in our intellect to dissolve away the pain of a problem. But our guest from Gaza pointed out, it is not time to talk about “peace” when people in Gaza are literally starving, lack running water or electricity in the dead of summer, and are prevented from leaving Gaza to get to the hospital. Our guest’s own father recently succumbed to his illness in part due to being denied access to Israeli hospitals.

I bear my own heart open by saying that for the life of me, I cannot understand in what world this behavior is allowed. It is my heartfelt hope that we can connect on a human level, in the present moment, to a woman talking about the suffering of her child, the recent loss of her baby and father, the circumstances of danger that prevent her from using her own identity, in a room where every other woman brought their own personal ideology of “peace,” “Palestine,” or “Israel.”

Are we not women, first? How does one have a conversation where a single member of the group not only lives under dire circumstances, she is a recent victim of an actual war, lost her child and her father, has English as a second or third language, is suffering from extreme heat in a house with a steel roof, and has a crying child who is traumatized from the recent war in her arms while trying to talk to Israeli, Jewish, and Western women.

Can we just listen, to ourselves, our bodies, our pain, and our joy? Is there a place for joy?

How can there be joy, or evidence of life despite existential threat?

There is a perceived threat versus an actual threat. For someone in the throes of trauma, this difference is not relevant—it is even insulting.

My own battle up the learning curve of existential threat has never been so real. I have come to understand that the way in which we speak to each other, even the attacks and acts of aggression, are determined by language, but more so, the intention behind it.

What determines our intention? How do we bring into awareness that intention plays a huge part in communication?

We do so by becoming aware of our own pain, our own struggles, and our own suffering. I am completely advocating for a program of self-awareness for any and everyone who dares wade into the waters of “peace” or “conflict resolution.” It really comes down to this.

Placards and posters decrying Israel as a terrorist state do not help the causes for Palestinian justice, if anything they hurt it because it feeds the hungry ghost narrative of the victim. These same posters are racist against the state of Israel. Is that different from antisemitism? I don’t know, perhaps they are crude critiques against colonialism or expressions of pain and grief.

How much of the current Middle East was carved up in the last century by a few small European countries? Here I scale the edge of sharp glass, too careful and already full of remorse for the pain I might cause.

How is our short or long-term memory? How about our medium-range memory, do we have a category of dementia for this? Perhaps!

It depends on which brand of hate-ism we are tuned into—racism, antisemitism, European supremacists, colonialism, militarism, militants, fanaticism, or fascism.

Where do these terms come from? Who do they serve, and who gets booted out of the conversation?

Most recently it is the scary creep of hegemonic narcissism of a generation that has been taught to savor their wounds and conflate them with their inner worth or identity. Beware, no one is safe from the crusading ideologues of fairness. Only one truth seems to be allowed to exist at any given time.

What has happened to our minds?

As I deconstruct the argument, for the argument itself, I long for the creative embrace of spontaneity. “Let’s make art!”

What does this mean? It means anything but the dull debate that is so regurgitated it can be played on a hundred broken gramophones for a hundred years, while donkeys bray in the distance, and while Muslims pray and Jews pray for personal visions unknown to their own God.

I joined this group as a woman and Israeli, with so much complexity, personal baggage, and unresolved family trauma—all of it out in the open space of this page. My language is not being edited for content or to preserve anyone’s self-image of a delicate flower.

As women, we need to transcend the competitive edge that patriarchy has drummed into our gene pool. We are the life-givers, the life makers, the life growers, and if we choose, the life takers.

Let’s not allow ourselves or our sisters to fall into that category.

Let’s be ourselves and embrace each other in all our perfections and powers. Let’s all get the Zoomies! 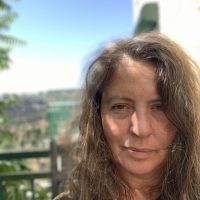 Gillian Reingold is a writer, artist, and wellness guide currently based in Jerusalem. She is committed to peaceful activism in its many guises.   … Read full bio