A Mother’s Lesson for the Pursuit of Happiness. 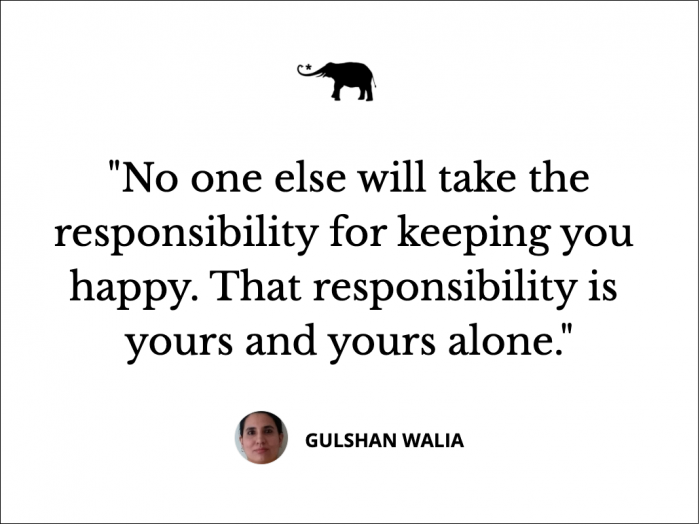 “One loaf of bread, two bottles of jam, one packet of salt, and a kilo of happiness.”

This was the shopping list 14-year-old Harsha’s mother gave him.

She was an interesting mother. One who believed in using innovative puzzles to sharpen her son’s brains. Her shopping list would usually contain one mysterious item. If Harsha could crack the code and unravel the mystery, he would earn Rupees. Twenty.

When Harsh started learning chemistry in school, his mother asked for one packet of NaCl (sodium chloride) in the list. Sadly, Harsha could not decode it and lost this battle of wits to common salt. Another time she asked for “cottage cheese dumplings in sugar syrup.” Harsha was smart enough to figure this out and strode home triumphantly with a can of rasogollas in his hands—and two of the dumplings in his mouth.

Harsha walked to school every day along with his friend. The two would race along the cobbled streets while planning how they would win the football games at the inter-school competition. Harsha was the captain of the football team at school, and everyone had a lot of expectations from him. He had been practicing since he was a 5-year-old, and his mother had encouraged him all along.

He was not too excited about academics and often dozed off during classes. But, the mere mention of football and a glance at the beckoning football field was all that was needed to shake off his slumber.

On the football field, he transformed into a tiger from a sleepy cat. One of his heart’s desires had been a pair of branded spike shoes for football. They were expensive, and he wasn’t sure if his mother would buy them. He had often asked her, and she had refused to say that she did not have the money.

But that morning, while handing him the shopping list, she told him that if he could bring all the items mentioned in the list, she would purchase his dream pair of shoes.

Today, he couldn’t wait to get through with the classes and reach the market. As soon as school was over, he made a dash for the shops. Huffing and puffing, he started reading out the items loudly to the busy shopkeeper.

The shopkeeper asked him to repeat the last item. His mother’s mystery shopping item seemed to be “a kilo of happiness.” Fumbling with the bread, the shopkeeper gestured questioningly. The boy repeated “happiness,” hoping the shopkeeper would help with decoding the mystery.

The shopkeeper replied with a sneer, “We don’t have that brand of soap here.” Failing to catch the wisecrack, Harsha thought that happiness was a brand of soap. He asked the shopkeeper if this particular soap was out of stock, and how long it would take for the refill to come.

It was lunchtime, and the hungry shopkeeper didn’t have time for a cheeky schoolboy—“searching for happiness in his neighbourhood grocery store.” Handing over the other goods, he retorted angrily that the happiness soap wasn’t sold in his shop, and no one supplies it. The boy was free to check out the other stores.

With his bag of bread, jam, and salt, Harsha trudged along to the next shop in search of the happiness soap.

The shopkeeper chuckled and said that happiness is more likely to be a pill than a soap, and would be found at a medical store, not in a grocery store. At the medical store, the chemist laughed his head off and said that if someone supplied those pills, he himself would be the first one to take them.

Harsha could see his dream pair of shoes slipping away, as he failed to crack this puzzle. He looked up the dictionary to check if his own understanding of happiness was correct. He was right; the dictionary defined happiness as a state of being happy—it was a feeling and not a thing.

How could his mother ask him to purchase a feeling?

Feeling quite miffed with his mother, he told her that he couldn’t find happiness in the grocery store, and added, “How can you purchase happiness, Mom? It’s a feeling, not a thing.”

His mother smiled and said,

“And that is exactly what I wanted you to learn! This is a big lesson in life, my son. Happiness cannot be purchased in any shop; it has to be worked at within. It is not a bar of soap to wash all your sorrows away, nor is it a magic pill that you can buy at the medical store.

There may be some times in life when happiness is effortless, but there are many other times in life that it takes hard work. Throwing up your hands in the air and saying that you are not happy will not lead you to happiness. Instead, make your happiness your own business. No one else will take the responsibility for keeping you happy. That responsibility is yours and yours alone.”

Mukta woke up from her sleep, and her dream ended. She had been dreaming about teaching her son this important lesson of life. Harsha was still asleep, and Mukta went to wake him up to get ready for school.

Later, when she was by herself, she started writing down her thoughts, which she intended to share with her son as he grew older. She wrote,

“People and situations may become unpleasant from time to time and chip away at our cheer. But a chronic unhappiness syndrome has two root causes—laziness and fear. Both these are conquered with introspection. We need to remember that inside us is an endless fountain of joy, and only we have the power to turn the lever off and on. The obvious keys to open the gridlocks of laziness and fear are hard work and courage. Easy to preach, but tough to practice. Hard work and courage can keep this fountain of joy flowing. And, it is this freely flowing fountain of joy that nurtures our passions, hopes, and keeps us alive.”

Then, as an afterthought, she wrote, “And one more thing, happiness is the child of freedom.” She smiled to herself—this insight was the reason she had named her son Harsha!

Harsha, the son of Mukta 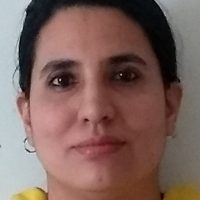