How a year in Lockdown helped me Heal from past Trauma.

I was 12 when she met him and at first, things were good.

Little did I know that just around the corner was a new reality.

At 17, after a particularly heated confrontation with my family, I packed up my car and moved into a friend’s garage—concrete floor and all. Life at home had become unbearably tense, my relationship with my mother felt irreparably damaged, and I was harbouring a lot of anger toward her and the man she was living with.

For a long time I held that anger close. I wallowed in the past and allowed it to overcome me, rehashing events in my mind over and over again. I convinced myself I was at fault—that I must have done or been something awful to deserve this rejection. Over time, sadness took the main stage, and depression became a very real part of my life.

For years I struggled to come to terms with the past. It wasn’t until my early 30s that I met a doctor who identified me as having borderline personality disorder—an often misdiagnosed and generally misunderstood mood disorder that typically stems from childhood trauma. I spoke with several psychologists but never clicked with anyone. I saw psychiatrists and was placed on a variety of medications, none of which made me feel any better.

It was almost as though the anger and sadness I felt was such a huge part of me that subconsciously I was scared to let it go. If I wasn’t a victim anymore, who was I?

It wasn’t until the COVID-19 pandemic hit that I was forced to slow down and begin to unpack the baggage I’d been carrying for so long. Having moved from Australia to Europe in January 2020, I was soon to find out that I’d be spending much of the following twelve months in lockdown.

With no distractions and nothing but time on my hands, I realised I was exhausted, drained by a mind that endlessly cycled through angry, sad, and empty. I reflected on my past and present, and considered what I wanted my future to look like. It was, I decided, time to move forward.

Of course, this was easier said than done, but I knew the first step was to forgive myself, and accept that I can’t change the past. To realise, finally, that it was actually never about me.

I set out on a mission of self-improvement. I bought a slew of notebooks and started writing anything and everything that came in to my head. I immersed myself in podcasts, documentaries, and YouTube videos about self-love, vulnerability, and mental health. I dove deep into self-help books and learned a hell of a lot about myself in the process.

One book that stood out to me was Braving the Wilderness by esteemed American researcher and author Brené Brown. In it she describes anger as a catalyst, succinctly explaining how internalising anger makes us exhausted and sick, stripping us of joy and happiness, while externalising anger makes us less effective in our attempts to create change and forge connections. It’s so obvious, reading this back, but at the time it felt like a bloody good wake-up call.

I returned to my journals, writing down everything I had learned, and soon discovered I had a story I wanted to tell. I went about turning my thoughts and notes in to a short narrative which I self-published in early 2021.

It was at this point that the switch flipped.

It seemed getting everything out of my head and on to paper was the best therapy I could have asked for, and making it public seemed to further diminish the despair. The project became a cathartic expedition that has since led me to form better connections with the people I know and love, and invited new conversations with strangers. The experience has filled me with a sense of peace that frankly, I didn’t think would ever be achievable.

Obviously, I realise that I haven’t solved all my problems through this journey of self-acceptance, and I’ve definitely had a laugh at myself for ignoring past advice about journaling. Seems the task I’d deemed too cheesy was the tool I needed all along. Joke’s on me, huh?

What I do know now is that there are elements of my personality that shape who I am and that I don’t want to change—after all, some rough edges aren’t made to be smooth. But, I also know I am no longer a victim of my past, and even though nothing will ever be perfect, I am lighter now, more at ease with myself than ever before, and weirdly, I have a global pandemic to thank for that. 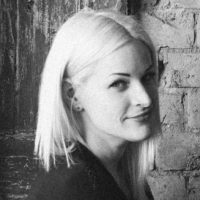 Peta Roxy Brady is an Australian copywriter and author currently living in the Netherlands. Day to day you’ll find her writing copy for brands and businesses, and at nig… Read full bio