Lessons from my Racist Karen Moment. 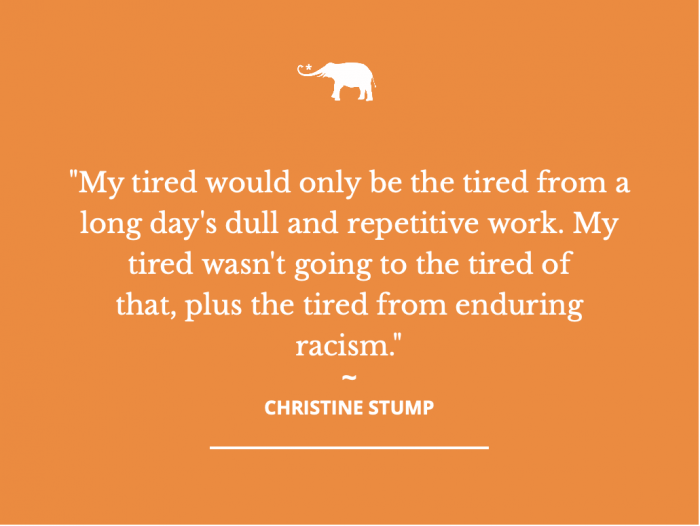 I’d been doing chores for all of about 45 minutes: digging cactus out with a pickaxe and rake—not lightweight work, but not a full day’s work by a long shot.

The things you think about when you’re working hard in nature often seem to come out of nowhere. Like how it’s a privilege to regard physical labor on our own acre of juniper-pinion forest as my workout.

I’ve done manual labor for work for many stretches of my life and also gone to the gym. But in my 50s with a lifetime of marks, I’m pretty happy teaching yoga, training yoga teachers, and writing.

Hard work is better for the body than any lifting I’ve ever done, so I’m happy not to go to the gym ever again.

I worked on a city landscaping crew in a university town—as one of several grad students who started in the summer—and fell in love with it. I continued working in landscaping after that, freelance with a coworker. I’ve worked for Labor Ready and unloaded semis. I’ve cleaned houses for Merry Maids over Christmas in grad school.

All of these were temporary or interruptions to a different trajectory. A trajectory determined by growing up knowing I was expected to go to college after attending prep school, where most people looked like me—having been raised in an affluent neighborhood in a Midwest city where most of the families looked like mine, in a church where pretty much everyone looked like us.

I remember the first time Labor Ready sent me with a crew of three men to unload a semi truck. We were earning minimum wage for the time, $8.50 per hour, as I recall. We met at the dock, and most of us grunted a greeting at one another and waited for the truck. When it pulled up, we formed two short chains, two people at the back handing off to two people carrying and stacking. Once we got about three layers back, we nearly wordlessly changed strategy to a line in and a line out, each carrying a box to the pile.

I lapped those guys. About the third time, they started teasing me: Slow down, Honey! What’re you in such a big hurry for? But it wasn’t teasing, it was an honest question. I didn’t see it, and just kept going.

I was in my early 30s, used to working out, and this was what I was doing on my days off for a while to catch up a mess of debt. Double shifts as an emergency medical technician had drained me, and this felt better than waiting tables.

This was their job. This was their 40 to 80 hour per week, show up every day, do what you’re told job. I don’t know much, because it wasn’t really a sharing environment, but they were all older than me, with Latino names and brown or black skin.

Finally, the Black man stopped in his tracks and yelled at me: What the f*** do you think you’re doing? He went on to detail how me finishing the job early was going to hurt everyone. He pointed out the utter stupidity of moving quickly when you’re being paid a pittance by the hour. I was indignant. I shouted back—about the dignity of work, self-respect, and not caring if we finished this, as there would be more work. The other men chimed in on his side a little, but he was hoarse when he was done. The boss man came over and told us to shut the hell up and get back to work.

I moved a little slower, full of resentment and anger, protecting my privileged little heart. It wasn’t that I didn’t know what it was to be tired at the end of a day; there’s a special kind of tired after taking calls in a high volume 911 system for 15 hours.

I knew that at least once a year my mom would send me a massive gift certificate for a spa day at my favorite place. Even though I was paying off debt, I could use one hour of that work a week to go to that same spa place and soak in the outdoor tub under the desert sun. I was supported in what we would now call self-care. When I fully understood it, I lazed in my hammock with tequila shouting at God until I could have a good cry and no one called the cops. And even if they had, it would’ve worked out. Crazy white lady, leave her alone.

My tired would only be the tired from a long day’s dull and repetitive work. My tired wasn’t going to the tired of that, plus the tired from enduring racism. In fact, I was part of the racism that would wear them out; the tropes I hammered, while I never used words like lazy, certainly played on themes I could’ve recognized with my grad school mind, if I had known how to pay attention. If I had known how to listen. If I could have unarmored enough to see the pain and rationality of his words under his anger.

Here I am, with the rest of America, decades too late, seeing what was right in front of me all along. No wonder we’re sunk knee-deep across divides that very few are able to bridge. 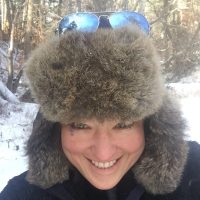 Christine Stump was born in the Midwest, and is at home in the Southwest. She has been yoga addicted since the age of 3 when the casts came off her bent and twisted legs and s… Read full bio

Unlearning: the Rightness of Whiteness.