Meditation almost caused me Anxiety, Depression & Psychosis (& what I did about it).

A few years ago, I found myself in a dark place. I had been diagnosed with major depression and started on a combination of medication and talk therapy.

I was also, on my own, exploring mindfulness.

I have always been interested in meditation and mindfulness, but I was an irregular practitioner, to say the least. However, my new diagnosis forced me to take stock and make real-life changes.

Meditation and exploring mindfulness allowed me to be more of an active participant in my own treatment. I thought if I could master my mind, the rest would be easy.

It was time to get serious about this mindfulness stuff.

Now I’m not located close to any meditation centers. They are around but pretty inconvenient. I also wasn’t sure about apps and guided YouTube videos and whatnot. I’m a reader, so I bought some books.

How to Meditate by Kathleen McDonald helped with the basics and gave me a roadmap, and Liberation in the Palm of Your Hand by Pabongka Rinpoche would be my aspirational guide.

This is a step-by-step guide to achieving enlightenment. Because why settle for just being a little happier when I could become a Buddha? This sort of overachieving goal is admittedly typical for me.

I’m not a super early riser, but I have three small kids and limited space in the house to sit quietly by myself. So I started getting up every morning at 5 a.m. for my practice.

I would find a dark corner of the house, set up a makeshift shrine, and sit down on my cushion (I splurged for a really nice set of meditation pillows). I would begin with basic blessings and mantras as well as bowing to a small statue of the Buddha.

Then I would sit. In the dark. For 20 minutes at a time. I stared at the void, and the void stared back—and it didn’t like me very much. 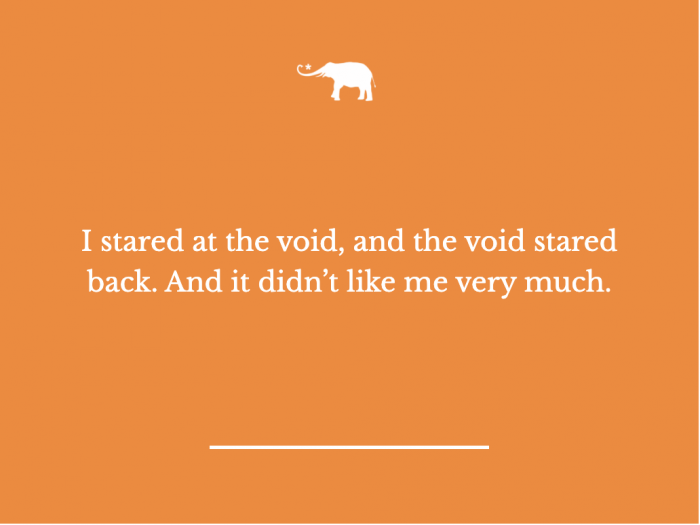 But mostly, I would spend the time fighting off the fiendishly dark thoughts that kept trying to crowd in. I would finish my morning sessions, hoping for something. Some feeling of lightness, connectedness, or peace—just something. And in full disclosure, I would occasionally get glimpses of those things. But mostly, I just felt dark.

Like really dark. Thick billowing black clouds of depression would follow me the rest of the day. And it seemed to build and get worse with each session.

So, let’s get really serious.

Now I’m not a quitter. Sometimes to a fault. So when things weren’t working, I doubled down.

I started doing more meditation. I made more of a ritual out of it. I prayed for the peace of all beings. I increased my time on the cushion to 30 or 40 minutes. I was going to break through into something better and brighter.

Eventually, I became suicidal. Never with an active plan, mind you. But I thought about it—a lot.

Finally, my wife, always a voice of reason, suggested that maybe I should take a break from the meditation. To this day, I’m not at all sure why that hadn’t occurred to me.

So I took a break. It wasn’t immediate, but I started to get better. I’ve had bouts of depression since then. It’s cyclical. But I’ve never been to that dark of a place again.

But meditation and mindfulness are supposed to be good for us, right?

So what went wrong?

First off, I’m not the only person to have experienced this.

There’s some pretty good data that, while helpful for most people, mindfulness practice can be dangerous. One cross-sectional study reported that over 60 percent of people had at least one negative side effect while practicing mindfulness meditation. These effects ranged from anxiety or depression to full-blown psychosis.

When you remove it from a mystic, religious sensibility, mindfulness meditation is much like any other psychological treatment. And it is well established that there is no such thing as one treatment for every patient in the world. Most things follow a bell-shaped curve with outliers at either end who get no benefit or even negative consequences.

There is no one size fits all, which leads me to my next point.

When I was first getting into mindfulness meditation, I had a pretty strong idea of what it was. It was attention to the breath. It was quieting the mind. There was a clear right and wrong way to do it.

But I was dead wrong.

This practice is more of a bottom-up approach.

Connecting yourself to your body and using that as the key to unlocking a mindful existence. For me, it answered something I needed anyway: a chronic disconnection with my body. It also gave me a meditation practice that didn’t put my repetitive dark thoughts front and center.

One of my favorite pithy phrases in it is: “There are a million ways to do a thing.”

This is also true when it comes to our meditation practice. The takeaway is if what you are doing isn’t working, don’t be afraid to try something else.

Don’t do it on your own.

This is probably the biggest mistake I made. I’m a smart guy and a voracious reader. A fault of mine is to think I can pretty much figure everything out. That’s a dangerous stance, especially if you are already psychologically fragile.

If you are starting a practice because of underlying mental health issues, you should probably do so under the guidance of a therapist. And almost anyone doing a deep dive into meditation will do better with an experienced teacher.

It shouldn’t be so much work. That’s the other lesson I learned. You really don’t have to try to become a Buddha.

In fact, trying to become a Buddha is probably a surefire way to fail at getting much benefit out of your mindfulness practice.

Like everything else, it’s a tool. It’s also a process. Use it if it helps.

Discard it if it doesn’t—and please, don’t force it. 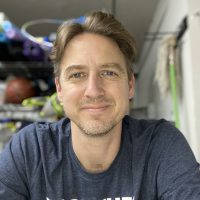