The Meaning of Life & How to Enjoy the Ride. 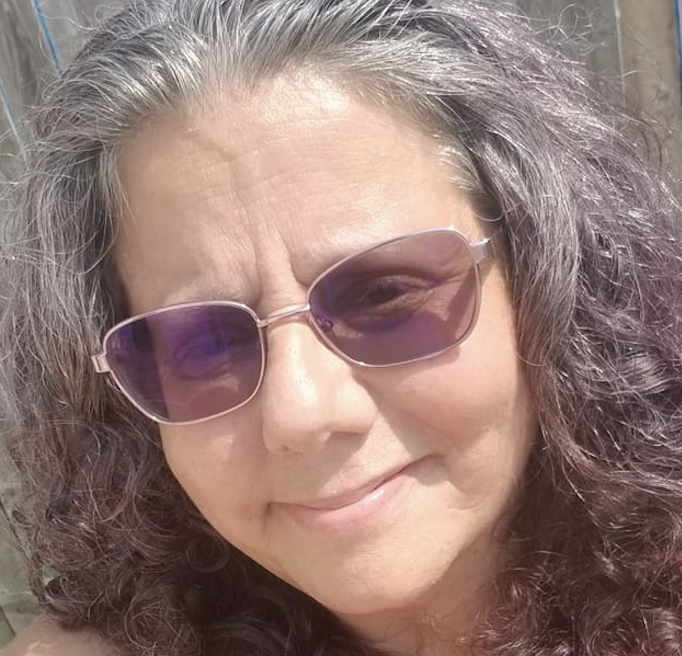 A few days ago, Waylon Lewis, creator, publisher, and ultimate Elephant Journal cheerleader, asked a question on a Facebook group page called Writers Who Love Words & Being of Benefit: “Writers! Readers! Any questions?”

Smartass that I am, I inquired about the meaning of life.

His response was, “To be of benefit and find joy in doing so.” Right there with you, Waylon.

This week I had the opportunity to chew on that concept as I was enjoying a family vacation to Rehoboth Beach, Delaware. My intention of meeting President Joe and Dr. Jill Biden didn’t come to fruition, sadly.

They have a home in the popular tourist town, and a month ago, there was a sighting. My son, who looks askance at his mother’s appearance, said that the Secret Service would take one glance at my purple hair and not let me anywhere near them. I told him that it might encourage the Bidens to want to talk to me. Someday.

I am a powerful manifester, having called into my life creative opportunities, writing, speaking and teaching gigs, magical miracles, seemingly serendipitous meetings with kindred spirits, and an interview with the Dalai Lama, so why not?

Instead, I spent time with the center of my universe, Dean Michael Phillip Moser, a 16-month-old charmer whose laugh could fill up a fountain as it bubbles over and whose smile could entice even the grumpiest person to melt. I watched in awe as the little one explored this new environment, senses on full alert.

He loved being in the ocean, splashing in the pool, asking to be lifted up to make the wind chimes ring on the deck, meeting people and dogs, eating, playing, waving, digging in the sand, blowing bubbles. He posed for a photo on the 4th of July wearing aviator glasses that belong to my daughter-in-law’s father while sitting in his high chair, decked out in a blue and white patterned bib and an American flag standing on the table next to him, playing the star spangled banner.

His emotions are on the surface, laughing and crying with equal ease. Developing language skills, he lets us know what he wants, to the best of his ability. I look forward to a time when we are able to discern his Dean-speak easily.

Even when tearful, he is pretty easily comforted with hugs and cuddles, songs, toys, books, Daniel Tiger and Curious George, and walks in his stroller. I am mindful of what a sponge he is, soaking up the energy of his environment.

When I am with him, I do my best to model calmness and patience since I would love to see him move through the world that way as well. It doesn’t mean denying his emotions, but rather, not letting them run the show or run away with him. Being able to love this tiny human who is growing in leaps and bounds is part of the meaning of my life.

As I am approaching 63 this year, I have become more reflective. Could I have imagined my life as it is now?

Happily single and welcoming a partner to share my full, rich life. As I was pushing Dean’s stroller on the boardwalk and taking in the sights of tourists like us, who were likely grateful to be back out in the world—our family, except for my grandson, is fully vaccinated—I was pondering if this would be the focus of my days as it had been for both my widowed grandmothers.

Would it be enough? I surrender to what is at the moment. Who knows who will show up in my life on any given day?

When I was a kid, I had no idea what I wanted to do when I grew up. No particular professional goals until my senior year of high school when I decided I wanted to take my fascination with what makes people tick and turn it into a degree in Psychology. After a two-year gap when I waited tables, did massage, was a model for art classes, and a practice patient for med students at a teaching hospital, I went to grad school and earned a degree in Social Work.

I call myself professionally polyamorous since I have had so many overlapping careers to which I am devoted. I entered the field of journalism in 1988 when my husband and I founded Visions Magazine, and I had the joy and blessing of interviewing amazing movers and shakers such as Ram Dass, Dan Millman, Shirley MacLaine, Ben & Jerry, Pete Seeger, Marianne Williamson, Debbie Ford, Wayne Dyer, and Grover Washington, Jr.

When Michael died in 1998, I enrolled in seminary and became ordained as an Interfaith Minister. In early 2014, a few months before a majorly life-changing event (a heart attack at 55), I co-created a movement called Hugmobsters Armed With Love. I was inspired by others who preceded me in the free hugs pool, most especially Juan Mann.

What all of these things have in common is that they are heart and soul-nourishing, and they seem to make a difference in people’s lives. They are what I was born to do—my passion and purpose. They are my Seva, my service, which is a concept I learned about from Ram Dass.

Recently, I was referred to as a love-lift warrioress, and it made me smile to contemplate the meaning.

For so long, I felt I had to do the heavy lifting for the world. As a caregiver by nature and nurture, as a professional in the human services field, as a mother and grandmother, as a friend, I erroneously thought I was the one doing it, when in fact, it was love itself that hoisted the weight.

Had I realized it sooner, I could have spared myself pain and exhaustion. I might have let go when I had been holding on. I would have felt less responsible for keeping the planet spinning on its axis.

Perhaps that is the meaning or secret of life. Enjoying the ride. Eager to see what awaits. 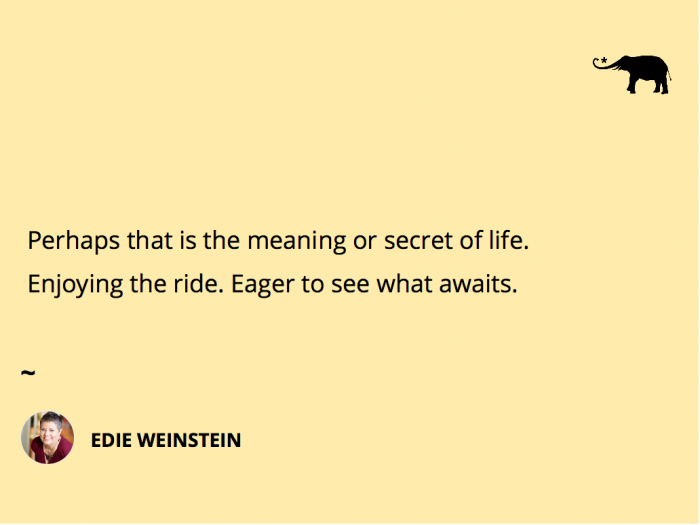