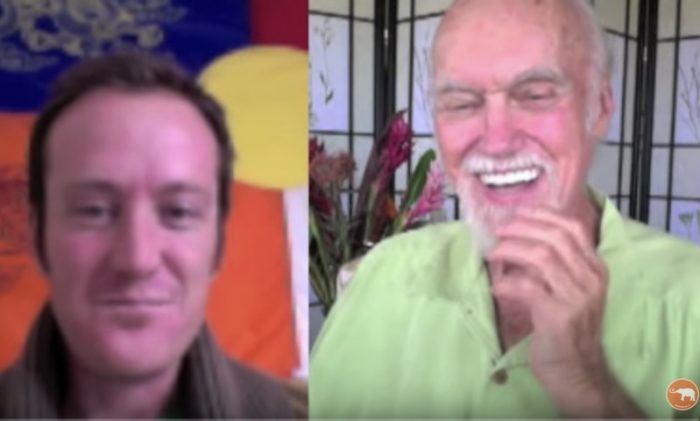 “Life is joy. And the joy includes service.” ~ Ram Dass

In these days of strife and anger, your warm peaceful heart will be missed. 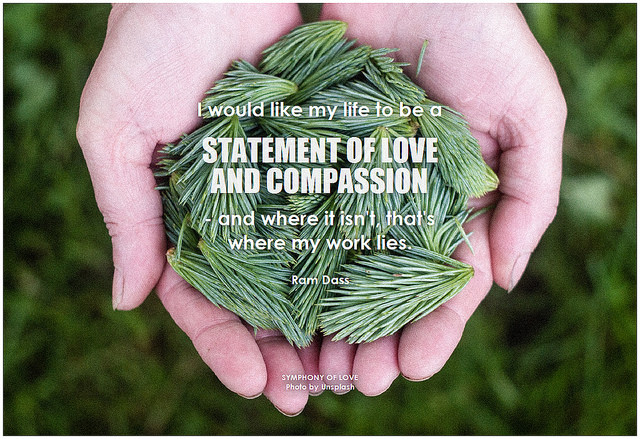 One of my longtime heroes is philosopher and spiritual leader Ram Dass.

Recently, I’ve had an opportunity to learn more about the transformational work he has done to help relieve human suffering through his long and deep involvement with the Seva Foundation.

Ram Dass is a founding board member of Seva, an organization that works to cure preventable blindness and provide sight-saving eye care in needy communities around the globe.

Many people in the United States and the rest of the  Western world are familiar with Ram Dass as a counterculture icon of the 60s and 70s, a compatriot of Timothy Leary and his higher-consciousness LSD experiments, and a bringer of yoga and meditation to the West.

He has served as a spiritual teacher and guide to millions of people seeking to “be here now” (the philosophy that is also the title of his 1971 book). Now 86 years old, Ram Dass continues to teach the concepts of Loving Awareness and to share his insights with a new generation through his Love–Serve–Remember Foundation.

Ram Dass, born Richard Alpert, traveled to India back in 1967. There he met Neem Karoli Baba. Also known as Maharaj-ji, Baba became Alpert’s guru, or spiritual teacher, and gave him the name Ram Dass, meaning “Servant of God.” Around the same time, Maharaj-ji also met a doctor named Larry Brilliant and set him on the path of working to eradicate smallpox with the World Health Organization. Maharaj-ji encouraged Brilliant to do his work as a selfless service, a type of yoga practice called Karma Yoga in the Bhagavad-Gita: working in the world without attachment to the results.

Inspired by this concept and by the success of the smallpox campaign, Brilliant and his wife, Girija Brilliant, brought together a group of people in 1978 with the goal of eliminating preventable and reversible blindness around the world. Ram Dass was among those present. Brilliant told everyone he was naming the group “Society for Epidemiological Voluntary Assistance”—without telling them the acronym, SEVA, was the Sanskrit word for “selfless service.”

Brilliant has said, “We were clear that we were not a spiritual organization—but that we were spiritually motivated. What Ram Dass did was give voice to that.” It was quite a motley assortment of people: from physicians and diplomats in the international aid community on one end of the spectrum, to the hippie clown Wavy Gravy on the other. Ram Dass has said about this founding group that “behind everyone’s facades” was a commitment to service, to relieving suffering.

From the start, Ram Dass argued that “how we get rid of blindness is as important as that we get rid of blindness.” In one talk he gave at a Seva benefit, he elaborated on this concept: “How you serve has a lot to do with how much suffering you will relieve. [When you give aid to someone], do you see them as a fellow soul? Did you end up graced by their acceptance?”

Dr. Chundak Tenzing, Medical Director of Seva’s Innovation & Sight Program, practices this philosophy in his work. In this interview, he says: “Buddhist teaching tells me that the secret to happiness is serving others…so I chose as a profession to be an eye surgeon. Helping people see has been a great joy for me.”

Readers of Elephant Journal have seen articles about Ram Dass, including this 2010 interview by Eric Klein. You may have seen this excerpt from his writing on the concept of unbearable compassion, where he notes that, “If you are going to be free, your freedom means that you do not avert your eyes from anything, in yourself or in anyone else.”

It is precisely this idea of taking our compassion for all humanity and turning it into action that led Ram Dass to play an integral role in starting the Seva Foundation. And for the past 39 years, Ram Dass has put his beliefs into action through his work with Seva. At every step, he has imbued Seva with the spirit of service.

This past year I joined Seva as its Executive Director. I was attracted to this orgnanization for its track record of successful health outcomes and for its model of building local capacity—the “teaching a person to fish” concept. What I’m learning is how integral the spiritual aspect of the foundation’s work is to its mission.

Earlier this year, musicians Jackson Browne, Joan Baez, and Krishna Das (who Waylon Lewis calls “the champion of chant, the cowboy of kirtan”) gave a concert on Maui to honor Ram Dass and to raise funds for Seva. This was the most recent in a long history of Seva benefit concerts by the likes of the Grateful Dead, Bonnie Raitt, and other rock music icons. These concerts exemplify Ram Dass’s belief that we can live a joyful life, and that joy includes service.

Ram Dass once said that “Seva multiplied my capacity to be involved in relieving suffering a thousand-fold. At one end we were working with the WHO [World Health Organization] in Nepal, and at the other end we were working with one widow in Guatemala and her situation with her new goat.” It comes down to having compassion, not just for people you know or people like you, but for the global family of humanity.

Recently, I saw a video about an elderly Nepalese woman, Ama, whose story brought this lesson home for me. Blind in one eye since childhood, she developed a cataract in her good eye as an adult and lost her sight completely. But five years ago, she received free cataract surgery at a pop-up eye clinic funded by Seva. The procedure, which cost the organization just $50 and took all of 15 minutes, removed her cataract and replaced it with an artificial intra-ocular lens, immediately restoring her sight. It apparently restored her spark too. In the recent video Seva produced about a visit to her home, I watched this diminutive firecracker bustling around, negotiating the rough paths of her village barefoot. Full of energy, gratitude, and life.

Seva transformed Ama’s life, as it has done for four million people and their families—because in countries with no health safety net, the relatives take on the burden of caring for sight-impaired relatives. Seva is also spiritually transformative for everyone involved in the work. The people I work with every day, the doctors and staff who work overseas at Seva clinics, and the medical professionals who volunteer their time to provide pro bono eye care: All are living and putting into action the essence of spirituality and service instilled in our work by Ram Dass. 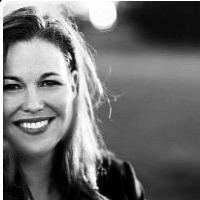