The Challenge of Merging Roles as a Journalist & Psychotherapist. 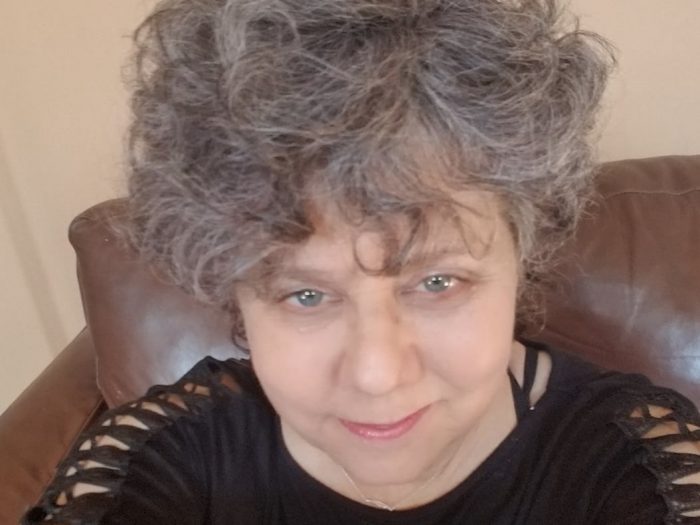 I am a professional hybrid.

In 1979, I entered into the counseling field by staffing a crisis intervention hotline and youth shelter while earning a BA in Psychology from Glassboro State College (now Rowan University).

A novice who learned in boots-on-the-ground fashion since I needed to be prepared for anything, including one late night when a young woman came in and almost immediately had what looked like a seizure and then cardiac arrest. Those of us who were present began CPR while the ambulance was on its way.

I was offering mouth-to-mouth when she was revived and promptly vomited in my mouth. Listerine administered at the hospital helped to wash out the taste, but nothing could wipe out the memory. Answering the phone at all hours, assisting people in receiving the information and support they requested, I learned how diverse people’s needs are.

After graduating in 1981, I worked in the drug and alcohol education field, as well as being a patient educator at a large teaching hospital in Philadelphia. In 1983, I decided to return to earn an MSW from Rutgers University. There, I filled my brain with copious amounts of information that I was able to apply to various internships on a med-surge unit—a community mental health center—and an inner-city clinic. After graduating in 1985, I added to my resume by working at an outpatient counseling office.

My career path shifted dramatically when, in 1988, along with my husband, I founded a monthly publication called Visions Magazine. This voracious reader and budding writer was in creative heaven, as I had the opportunity to interview transformational movers and shakers, such as Shirley MacLaine, Bernie Siegel, Joan Borysenko, John Bradshaw, Larry Dossey, Ram Dass, Marianne Williamson, Deepak Chopra, Stephen and Ondrea Levine, Harville Hendrix, and Jack Canfield.

This was my life for 10 years until six months before my husband died. We sold the magazine. That led me back to the social work field, as I took a job at a nursing home and into yet another educational program to study and become an interfaith minister, graduating from The New Seminary in NYC in 1999.

I had the opportunity to become a freelance journalist soon after. It has become part of my passion and life purpose. Since then, I have written for numerous publications and websites on topics, such as relationships, mental health, addiction, spirituality, loss, grief, as well as peace and social justice. That last subject is where this article is headed.

Until five years ago, I would never have imagined that I would become a commentator on socio-political topics. The election of 2016 changed all of that. Timidly, at first, since I am a recovering codependent people-pleaser who feared making waves, I began to express my thoughts about the state of the world and the injustices I saw perpetrated by the current administration.

Calling out hatred, without being hateful and name-calling, felt essential. I consider myself a pacifist-activist who shows up, stands up, and speaks out. A voice for the voiceless. Using my privilege as a white, middle-class, educated, cis-gender woman to say what often isn’t said in a bold way. As a therapist, I believe in transparency and rigorous honesty.

Much of the time, what I have to say is met with atta-girls and praise and sent worldwide. I have, at times, been accused of virtue signaling and even being hateful toward those who sit on the other side of the political divide. There are occasions when readers express their disapproval of what they perceive as an inappropriately judgmental language since my credentials are supposed to indicate loving acceptance of everyone’s world views. Such was the case with a recent Elephant Journal article called “Trauma Bonding & Collective Narcissism: The One Question all Trump Supporters should Ask Themselves.”

It highlighted the perspective that some who pledge allegiance to the current president with their votes and voices despite abundant evidence of the havoc he has wreaked and the damage he has done might be experiencing trauma response. It is one way to explain the phenomena. I am certain there are others.

Since it launched a few days ago, it has been read over 5.5 thousand times and shared 1.1 thousand times. Clearly, it has struck a chord. The feedback from readers caused me to ponder how I blend both roles of journalist and therapist. A few posed the question about my ability to maintain objectivity with my clients when I have such strongly expressed biases. My answer to them is this: I have had clients who have shared their political views in sessions over the past four years and have asked me about mine. It feels helpful to let them know for several reasons.

One is that I am a public person and can be searched via Google. Some of my clients had, indeed, availed themselves of that resource before working with me. I am also part of a small community and have attended vigils and rallies where some of my clients have also been present. When someone expresses a firm alliance with the current president, I have asked them if they would prefer a different therapist.

They have all said that they wanted to continue to work with me. I have listened and held space for their emotions. One had told me that he and his friends were just as afraid that Biden would win as I was that Trump would be reelected. I knew that after all the votes were counted, I would need to provide comfort for some of my clients. That I have done with compassion for their feelings, helping them pick up the pieces, certainly not gloating, as much as I am relieved at the outcome.

As I was speaking with a client who was delighted with the outcome, he expressed that it seems we are all living in two different realities. He is not alone in that perception. I know that people have a variety of reasons for casting their votes as they did. I don’t have the ultimate answer about unification.

I do not need to choose between these two professions. Both allow me to use my skills for the purpose of healing. I take my responsibilities seriously. I also know that being outspoken will yield both yaysayers and naysayers.

While I much prefer the former, I have come to accept that the latter is part and parcel of both of my chosen careers that seem to have chosen me.