Why Men Struggle to Speak the Language of their Hearts.

Connecting vs. Performing in a Friendship: A Lesson in Somatic Empathy.

On a sunny midsummer afternoon, a good buddy and I were relaxing in a couple of garden chairs on his scenic outdoor deck. After a bit of light banter,where my friend displayed his playful, self-deprecating wit, we began to discuss an article he had just sent me.

The article was on the role of metacognition—the capacity to think about and adapt one’s own thinking—in a tradition of spiritual psychology that we both found meaningful. The article was perceptive and helpful, and I told my friend that.

But then I got carried away.

I started explaining how I had applied research on metacognition in my former professional life. Both of us were retired, and sometimes (no doubt too often), I find myself reliving the “glory days” of professional achievement as if I needed to prove my competence again and again. Although no proof was called for and was irrelevant to begin with, I somehow still felt the need to offer it.

After a minute or two of my needless academic exploration, my friend’s body language shifted. His eyes turned down and his shoulders rolled forward. His posture tightened and his voice dimmed as he said to me:

“You know, Glen, I love you for your heart, not for how smart you are.”

My body had registered my friend’s physical signals before my mind could fully interpret his words.

As his body sagged with the weight of my abstractions, my own body sagged. As his gaze turned away from me, I stopped reaching toward him with my expository assertions.

After he revealed to me that my words were not landing, I stopped talking for a full minute or so. And he met me with contemplative silence of his own.

My friend’s bodily signs of disconnection from my words had prompted me to disconnect from myself as if my sensory and nervous systems were directly taking in his own physical distancing. This was a kind of somatic empathy that did not depend on intellectually assuming his perspective but operated more directly and experientially.

Stopping myself from talking turned out to be the right thing. It opened space to let me reflect on what was happening.

I sensed that I had missed my friend. He had not sent me an article to hear me expand academically on its content. He had sent it as a way of showing in a fresh way why the spiritual-psychological framework that we both respected was so deeply and particularly important to him.

We both knew that the framework was even more meaningful for him than for me, and it had stronger roots in his personal experience.  My friend wasn’t trying to persuade me to see things just the way he did. He was inviting me to discover more valuable possibilities in what he found so valuable.

By talking past my friend’s overture toward a deeper bond in our psychological and spiritual life, I saw that I had hurt his feelings. While he had opened the door to connection, I had walked through with distancing discourse.

When I could acknowledge that I felt sad and sorry about not meeting him as he had intended, our conversation began to shift. I could reveal how vulnerable I felt to losing the closeness we had, even if only for an afternoon, because of my apparent need to show I was smart.

We began to look more directly at each other and let our hearts open.

See, for example, the recent piece featuring a dialogue between James Ezimoha and Kathy Bolte on why it’s so hard for men to open up.

I think that despite my espoused identity as an open-hearted guy, I can readily fall into the trap of showcasing performance at the expense of connection.

I can project strength as a kind of intellectual mastery that, for a moment or two, silences self-doubt and a primal longing for love. By defaulting to academic language over the language of the heart, I can avoid the risk of others seeing me as too touchy-feely and not firmly competent.

However much I say I’ve embraced my feminine side, I don’t want to appear too open, emotionally flowing, or lacking in masculine self-control.

But deep friendship, like any close relationship, is about choosing connection over performance. It’s not about presenting a particular image of yourself or showing how masterful or good you are. It’s about seeing and appreciating the other for who they are and letting your unvarnished self be seen and appreciated.

This may be a simple truth. But it’s one I seem to have to learn anew, year after year, no matter how old I get. 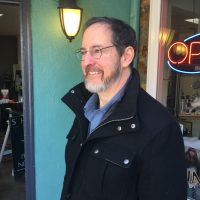 Glen Fielding is a retired public-school educator and researcher. In retirement, he has volunteered as an English-language tutor, a program evaluator, and a workshop co-devel… Read full bio