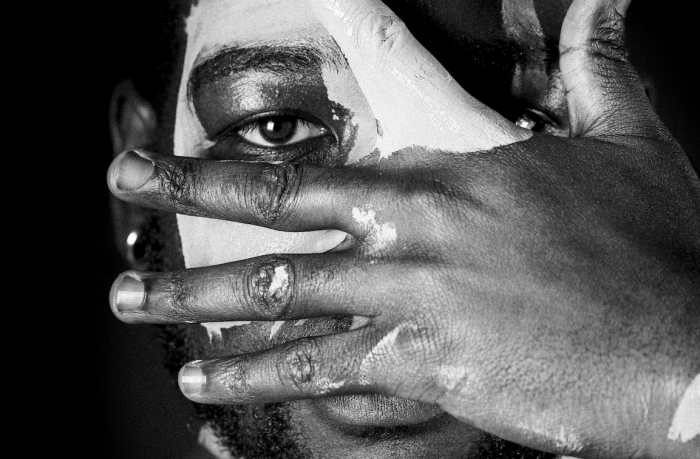 As a way of highlighting destructive gender-based power dynamics, it’s convenient. I wonder if the label truly reflects what is in the box, though.

Is it too convenient? Too indiscriminately used?

Labels can cause great damage because words have power. They emerge from cultural and unconscious beliefs—they describe and shape our internal, mental structures.

Toxic masculinity has been applied as much to men who struggle with knowing and constructively expressing their emotions, as to those who perpetrate gender-based violence and other abuses of power. I have read of a sort of hierarchy—a ladder of masculine development—with the toxic masculine at the base and the “superior man” at the top. It’s ironic.

Let us risk peering into the box so we can know what is the right label to give it. In naming things correctly, we can see them. When we can see the system, we can change it.

Ian MacKenzie, in his work on the Mythic Masculine, offers up the term “dominator culture” instead. Originally coined by Riane Eisler in, “The Chalice and the Blade,” this phrase might just be able to give us the systemic lens we need right now.

Dominator culture creates hierarchies, controls, and privileges based on rank and status. Those at the top get more than those at the bottom. The game is power and control—both have the fear of losing it and the desire to acquire it. Anyone who wishes to succeed in this world needs to play the game of “I’m better than you.”

Dominator culture is at the core of gender-based violence, racism, homophobia, and any other paradigm that creates an “us and them” mindset. It is not the sole domain of men—it is bigger than that.

While the seat of power has been mainly male-driven for thousands of years, it has become so systemic that it is mostly invisible to all of us who are in it—the way we speak to the junior employee or bus driver, the way we bring up kids, how we label and separate “us” from “them,” and what we do with power when we get it.

All humans must be held accountable for toxic behavior.

Yet I am wary of a label that highlights gender as toxic. We are more than our gender. This reduces us to one-dimensional beings and shuts down the possibility for healing. It does not account for the inner struggles and trauma created by a “boys don’t cry,” or “girls be nice” culture that has held us all in its grip for way too long.

From bringing up kids, to corporate culture, relationship dynamics, and political policies, we need to start noticing and taking ownership of our unintended collusion in this culture of domination, call it out when we see it, and keep on trying to do it better.

When a system can see itself, it can change. And boy does this system want to change! Let’s help it along.

Correct naming has the power to shift beliefs and change behaviour through conscious awareness. Maybe there is a better term, but for now, my money’s on dominator culture.

Hold the behaviour to account, rather than shame the person. Shaming pushes things deeper into shadow, and we know that story doesn’t end well.

“Every part of our personality that we do not love will become hostile to us.” ~ Robert Bly 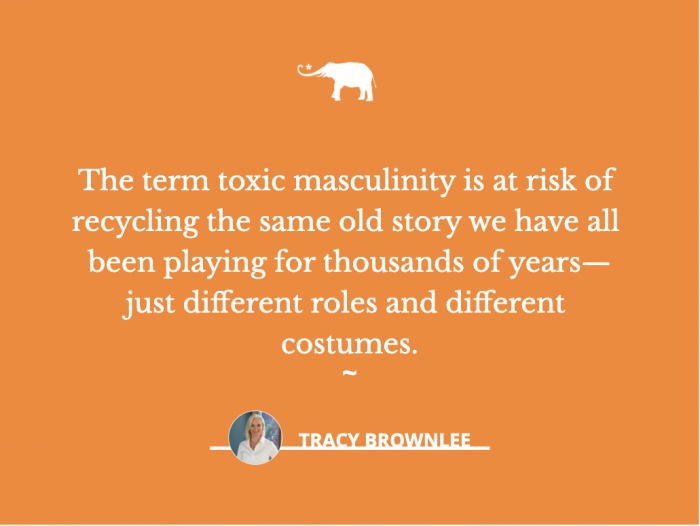 The term toxic masculinity is at risk of recycling the same old story we have all been playing for thousands of years—just different roles and different costumes. There is a potent force for change at work in the world and it longs for the masculine and feminine to come into balance. It’s time to break the wheel, step out of the story, and create a new one.

“Men have overruled their pain and soul’s delight, taught to think of themselves as ‘mechanisms.’ Such an estrangement wounds very deeply; it has gone on so long and is so taken for granted that healing individuals, let alone a whole gender, is a dubious undertaking. The wounding is institutionalized and sanctified, and men unwittingly collude in their own crucifixion.” ~ James Hollis, Under Saturn’s Shadow: The Wounding and Healing of Men 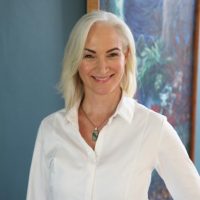 Tracy Brownlee is currently on an internship in ‘Life, Death, Territory & Relationships’ conducted by a pair of wild Egyptian Geese. She works with dreams, met… Read full bio