Afghanistan has always been a “No-Win” War. 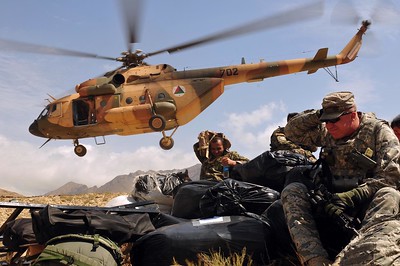 In 1839 during the first Afghan War, the British Army occupied Kabul after deposing Afghanistan’s leader.

Over the next few years, the Brits suffered increasing casualties from Afghan insurgents within the capital until they agreed to evacuate the city and march toward the safety of India. In January 1842, 10,000 British soldiers and colonials accompanied by their wives and children marched out of the city gates.

There are people across the globe with whom you mess with at your peril, especially those who have demonstrated a persistent ferocity for centuries. The Vietnamese were one, having thrown foreign invaders out of their country for a thousand years. The Afghans are another. In fact, the Afghans win the Triple Crown for humiliating the British, Soviet, and American empires. After 20 years, 6,000 American deaths, over 100,000 Afghan deaths, and $2 trillion of our taxpayer money, we’re right back where we started.

One did not have to be a genius to guess this outcome. Nearly everyone across the ideological board predicted that our “nation building” would come to grief unless we spent the next century immersed in Afghanistan, which was nothing but a giant mouse-trap. But to blame Joe Biden for the current debacle is dishonest. In truth, all four presidents from 2001-2021 share the responsibility.

First and foremost are President George W. Bush and his puppet master, Dick Cheney—who derailed the effort to catch Osama bin Laden (housed by our “ally” Pakistan) by invading Iraq, which had nothing to do with the terrorist attacks of 9/11.

Barack Obama might have been blinded by the videos of Americans building schools for Afghan girls and roads to remote villages and unsure whether to send more troops in or take more out. He did, however, end the American combat role there.

As a candidate, Trump wanted to withdraw all Americans from Afghanistan but changed his mind after his election. Trump negotiated a murky and unresolved deal with the Taliban promising a full withdrawal if they cut ties to terrorist groups. Part of his deal was to release 5,000 Taliban prisoners.

In the past, Republican presidents Dwight D. Eisenhower withdrew from the stalemated Korean War and Richard Nixon withdrew from Vietnam. But like a lethal game of musical chairs, the music ended just as Biden was standing up. He was left holding the bag and made the decision most Americans had supported for years: “Get the hell out—now!” American intelligence failed to predict that the Afghan military—trained to the tune of $83 billion—would collapse in a week and hand Kabul over to the Taliban. The fatal flaw of intelligence is expecting your adversary to do what you expect, not what they intend.

None of this is the fault of our brave men and women who serve or have served in uniform. It is not they who create the wars they fight in. Contrary to Leftist rhetoric, neither are the generals. It’s the men and women in suits sitting in some air-conditioned office or boardroom who decide if war is in their best national or corporate interest. Some wars are unavoidable and you can see the results in the leaders who were at the helm at the time. Abraham Lincoln aged 30 years during the four-year American Civil War. Franklin D. Roosevelt died in office before the end of World War II. Obama got a few grey hairs but Bush Jr. and Trump were unblemished.

One must take into account the obscene corruption of the Kabul government. According to a 2020 United States inspector general report, nearly $19 billion in reconstruction funds was “Lost to waste, fraud and abuse.” Another official admitted that of all the fuel we gave to the Afghan government, nearly half went “missing.” Little went to the Afghan people who needed it. Like in Iraq, billions of American taxpayer dollars were unaccounted for while the ruling elite were lining their private foreign bank accounts.

Over the past two decades, the United States has wasted five trillion dollars on the unnecessary wars in Iraq and Afghanistan. During the same time, China has spent far less building infrastructure and influence around the world while creating technology more advanced than ours. While the United States commits itself to endless war to satisfy the greed of the military-industrial complex, the totalitarian regime in Beijing will be happy to let America bleed itself dry.

What we are seeing in Kabul these days is heartbreaking. What will befall the women and children of Afghanistan is anyone’s guess. In the end, they were betrayed by their own government, not ours.