Why we Need to Open our Hearts & Connect with People.

This date is recognized annually in several countries and was first promoted by the greeting cards’ industry.

Today, those greetings come in all forms—an email, chat, or text and video calls, or the timeless personal note that is signed, sealed, and delivered by the postal service, to name just a few.

There was a time in our lives when it was rare to make friends with someone from another country. Our means for even meeting a person from another culture were somewhat limited to relatives who lived across the pond, study-abroad programs, family or school trips, pen pal opportunities, or random chance.

Fast forward to 2021 and the world is literally at our fingertips. Social networking has opened so many doors that allow us to meet people from all over the globe, and despite the devastation of COVID-19, one positive aspect has been an increase in the time and interest to take advantage of these opportunities.

From shared interest groups to free online gatherings, we can connect virtually with almost anyone, anywhere. We can cross the ocean and travel the world without ever leaving our homes—and learn so much in the process.

Today I drafted an International Friendship post for my personal blog (a post that was intended to be bright, cheerful, and informative) when I found myself caught up in a whirlwind of deep, complex thoughts. A simple, cheery topic had gone awry in my mind as it drifted off to ponder what’s happening in the United States today and contemplate our history as well as generations past.

There are some who want us to make amends and pay the price for the sins of those who came before us. The racial tensions across America are appalling to me, and yes, the historical acts upon some are irrefutable and despicable, but some seem hell-bent on fueling, rather than extinguishing the fire.

Racism, discrimination, bigotry, and hate spread far beyond blacks and whites, gays and heterosexuals, as well as transgender, bisexual, nonbinary, and anyone else who doesn’t fit some person’s “norm.”

This is not only in the United States; this is around the world, and this, is where my whirlwind of deep, complex thoughts kicked off.

Going back to that time when life didn’t afford most people the luxury of travel or the ability to connect with others from around the world, I wondered if this could have been the root of all evil, so to speak.

Could it be that people were isolated, stuck within the confines of their neighborhoods, being fed whatever values, beliefs, and morals their parents digested?

Could it have been that people didn’t have the means to travel or a way to even venture out of their own hood, introducing them only to those who looked, acted, spoke, and seemed just like them?

Could it have been that in those generations, children were raised to be seen and not heard? Intimidated so that they wouldn’t question or act out against familial or societal norms?

There were those who spoke out, went against, and fought for whatever they believed was “right.”

But there were those who were too afraid, trapped in environments from which they saw no escape.

These are not excuses, but merely an exploration of thought.

Since birth, I’ve abhorred those with narrow minds and clique-prone mentalities.

Can we not extend the same tolerance to them that we are asking from them?

It baffles me how many don’t choose to think for themselves. How could anyone hate anyone else based on differences, whether it be the color of our skin, the culture we subscribe to, or the sex we choose to affiliate with?

The reality is there are more of us who feel like me, than not. Sounds egotistical, but I can share the data to prove otherwise.

It seems some want to paint a picture on a canvas of racism, discrimination, bigotry, and hate.

I want to paint a picture on a canvas of diversity and inclusion.

Color my world because I’ve never been one to see things in black and white, straight or gay, Christian or Jew, or anything else you choose to be.

How interesting it is to connect with people from other places. Not only other places—but other beliefs, values, morals, and perspectives. 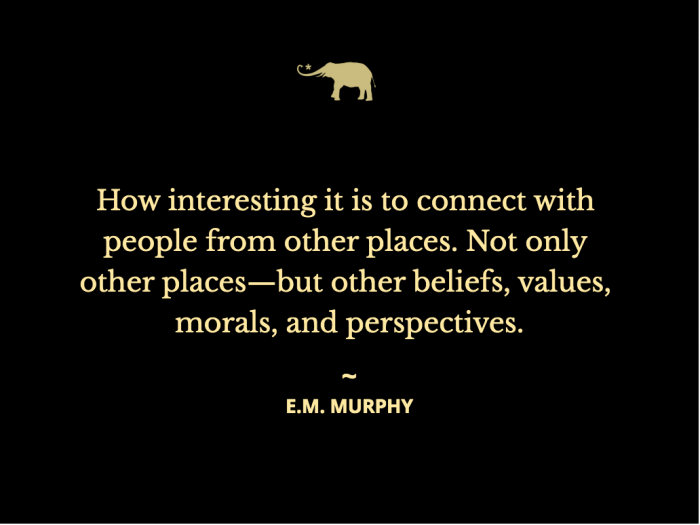 When we open our minds and hearts, we lower our risk for being ethnocentric. Making the time to learn about different cultures, races, ethnicities, and religions is an education that may inevitably lead to a greater understanding through gained knowledge.

Learn more about International Friendship Day and maybe you’ll consider making new acquaintances who could become friends from around the world. 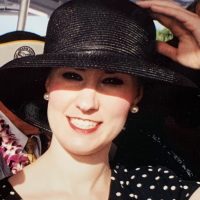