Feng Shui is a healing art that provides a system to move our stuff with intention and see changes come about.

Feng Shui translates to wind water (Feng=wind, Shui=water); just as the wind causes the water to move in our natural environment, our intention and placement also move energy in our spaces and lives.

It blessed me at my rock bottom.

My life was a mess. My body was in pain. And despite multiple doctor visits, medications, and even healing arts, including Reiki and acupuncture, nothing worked.

Then Feng Shui found me; things changed dramatically, and an unfolding began.

After several years of experiencing shifts using Feng Shui, I became a Feng Shui practitioner in BTB Feng Shui (aka Black Sect Tantric Buddhism), which uses a Bagua Map (it’s easy to define and apply in any space).

I chose to learn initially from BTB Elder Master, Dr. Edgar Sung. He is a disciple and Senior Student of Grandmaster Professor Thomas Lin-Yun, who founded contemporary BTB Feng Shui.

The teachings are masterful, effective, dynamic, and also full of rules. I knew being flooded with regulations would be challenging for my rule-breaker mentality.

I have never liked rules. Tell me “no” and I would want it more. I have a Tarot and Angel Certification program, and in that, I teach: the only rule is that there is no rule.

When I decided to study Feng Shui, I didn’t realize the challenge it may pose. There are many nos.

Ironically, it ended up being a blessing and helped me become a well-versed Feng Shui practitioner who used trial and error and got good results.

Every time a teacher or mentor (and I had several as I also went through a more traditional BTB program out of New York) told me not to do something because it was a “Feng Shui no-no,” nine times out of 10, I would do that very thing to see what happened.

The internal rule breaker in me couldn’t help herself.

In the 15 plus years where I’ve practiced, there have only been three absolute bottom lines for me that I will not mess with, or try to override. There are also two additional “rules” that I honor out of respect for the lineage. Of course, the basics of decluttering and getting rid of things is always a Feng Shui thumbs-up, but in my mind, it goes without saying, keeping a clean and tidy space is always helpful to Feng Shui. 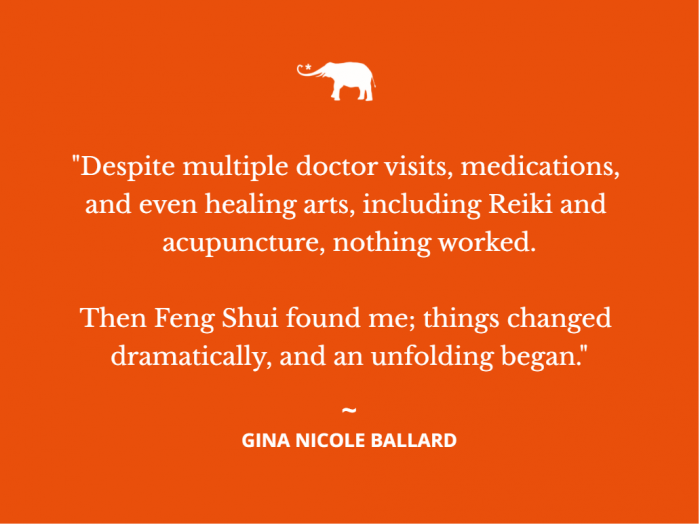 The three no-nos I won’t touch are the following:

1- Don’t keep a mattress shared with a former lover.

I learned this one the hard way. After I went through a divorce in my mid-20s, I hung on to our dreamy, cozy, lush, Tempur-Pedic mattress. It didn’t matter how many people advised me to rid of it, I hung on to that thing as if it were my most prized family possession.

“F*ck that rule,” was my thought. I cleared it every way I knew how and was convinced it was all good. What I refused to consider was that the mattress is where we spend most of our time each day. I was just stewing in the messy, chaotic energy of my old marriage night after night.

After I got rid of it, I stopped attracting similar relationships and started to experience more loving connections that eventually led to me meeting my now-husband.

A couple of years later, I was in a Feng Shui consultation with a newly married couple. Though their bedroom was beautiful, the energy of the space was off. After one minute of standing in their bedroom, the Archangel Michael collective appeared as a bright angelic figure standing at the bed (that is a whole story in itself). The glowing character pointed to the bed, and I heard with clarity and precision, “Get rid of it.”

At the same time, I saw a vision of a mattress being tossed off to the side of the road. Without sounding like I was a witch from outer space, I tried my best to explain this to them. Thankfully, they were advanced in subtle energy work, though I didn’t know at the time. They looked at each other, chuckled, and explained the mattress was from her former marriage. They had just picked it up, and it fell out of the truck on the way home.

They shared how a lovely man named Michael stopped to help them get it back on the truck though it was difficult. They took that encounter as Archangel Michael helping. I explained it was actually the exact opposite; he was trying to help them rid of it.

The point being, it is vital to replace a shared mattress from a previous partnership.

When it comes to the bed, bonus points for not keeping things under the bed or keeping the bed against the wall, especially if health is an area of focus. And I personally wouldn’t sleep under a ceiling fan.

2- Don’t place a mirror in line with the front door (or any door for that matter).

Mirrors are super potent tools in the art of Feng Shui. They are used to direct and guide energy, expand spaces, and beautify with the water element. They are also reflective of energy, and placing a mirror in line with a door pushes energy right back out the door, along with opportunity and flow.

Speaking of mirrors, I beg people not to use the Bagua-shaped mirrors to “send energy back to neighbors or problem situations.” I see many sources advise this remedy, and it is very risky. I don’t recommend doing this unless you consult a well-versed Feng Shui practitioner to do so. I have used Bagua-shaped mirrors twice in the 15 plus years I have practiced, both in last attempt scenarios where nothing else worked to resolve very toxic relationship situations.

I have found this one to be so important, I wrote a separate article about it here. I give a rundown of reasons, and the main one being: white sheets have long been used to cover dead bodies. There is a ton of energy around this globally, and this isn’t easy to shift.

When my body was in discord and screaming for help, the relief I found in cleaning up my bedroom with bedroom Feng Shui helped immensely.

The first step I took was replacing my white sheets, and I noticed an undeniable difference. And don’t think I didn’t go back and play with it, putting them back on, and removing them again.

Try it for yourself!

I follow two other rules out of deep respect for the lineage that I will mention:

One, in BTB Feng Shui, there is a specific ritual and process that helps supercharge remedies. I made a promise to never give away that process outside of a paid consult. So I don’t.

The second is when receiving payment, it goes in a red envelope. Red is an auspicious color in Feng Shui and is thought to protect and promote good chi or energy for all parties involved, so I honor that.

I have seen miracles happen when Feng Shui is applied, especially in combination with other healing arts.

Having said all of this, I am not inferring that Feng Shui is a one-stop answer fix. I do believe in a mind, body, spirit, and home connection. The only way we can know if it is for us is to try it!

May these bottom lines help those attempts to be supercharged and full of miracles! 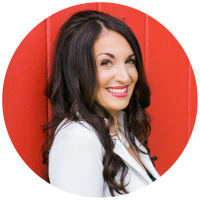 Gina Nicole Ballard helps heart-centered entrepreneurs and empaths transform their fear into creation energy so that they can embody their truth and live with meaning. Her spe… Read full bio